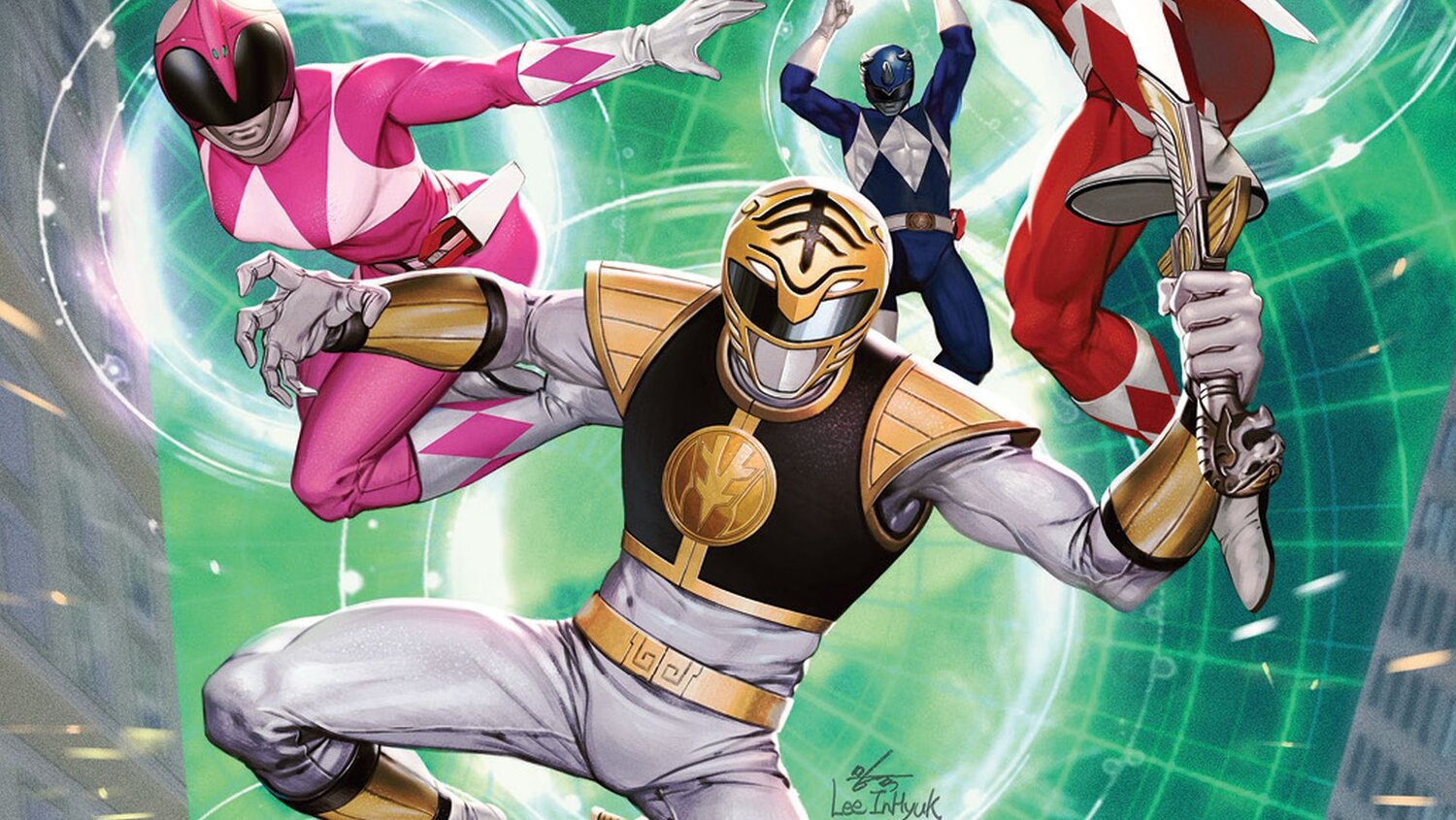 Picking up after the preview, we learn that the Rangers are doing something that has never happened in the show: working with the military. Whoa! This is a little weird. They’re still unable to break through the shield though, and the military isn’t super happy. If there’s no progress soon then they’re going to try bombing and even nuking Angel Grove. The Rangers are not cool with this at all since all of their family and friends are still in Angel Grove. Zordon calls on Billy and Candice to help him come up with an idea.

Zordon talks to Candice about Eltar and that’s when he finds out that his old pal Zartus is now the Supreme Guardian, which shocks Zordon. Candice says she has a message for Zordon, but then they get interrupted by something that we’ll talk about in a bit. Also, during the chat, Candice explains to Billy what she’s doing there and how the Eltarians operate and supervise other planets.

Meanwhile, the other Rangers are in a makeshift bedroom talking, and we get a small, touching moment. Rocky starts freaking out because some bottle caps are missing. It turns out that he’s been saving some bottle caps for his sister who’s making a mural. It’s very touching and humanizing in this moment. Also, Aisha is extremely scared and outraged because Zedd knows the identity of the Rangers, and therefore he knows the families to threaten the most.

Then, we have Kim and Tommy, who have a fight. Tommy keeps asking Kim if she knew that Matt was the Green Ranger. She explains for what sounds like the umpteenth time that she did not. She is understandably pissed, and I can see this definitely helping lead into her departure for Kat.

Back to that interruption. The Rangers find a signal from Grace Sterling telling the Rangers that she can help open a door for them to get in. Tommy and Zordon are very hesitant to agree, but the others appear to be all-in. The Rangers go and fight some Chaos Putties, and Candice joins them in awesome armor. Aisha and Adam both comment about how they wish they had cool armor like Candice, and I concur.

The Rangers are dealing with a lot of putties, and Tommy wants to abandon the plan, seeing the situation as a trap, when a weak spot appears and they all jump in. They then find that Angel Grove appears untouched, which is especially spooky since there’s no one in the streets or anything. The Rangers then turn their heads and see big trouble. Goldar and Matt appear to be working together, each with an army of soldiers behind them.

This does not look good. I can see Grace trying to do the whole double-cross thing with Zedd, but I also don’t think it’s going to work out as she’d like. I think there’s going to be a higher cost. I also don’t see Matt liking this team up at all. Things are definitely going to be hard.