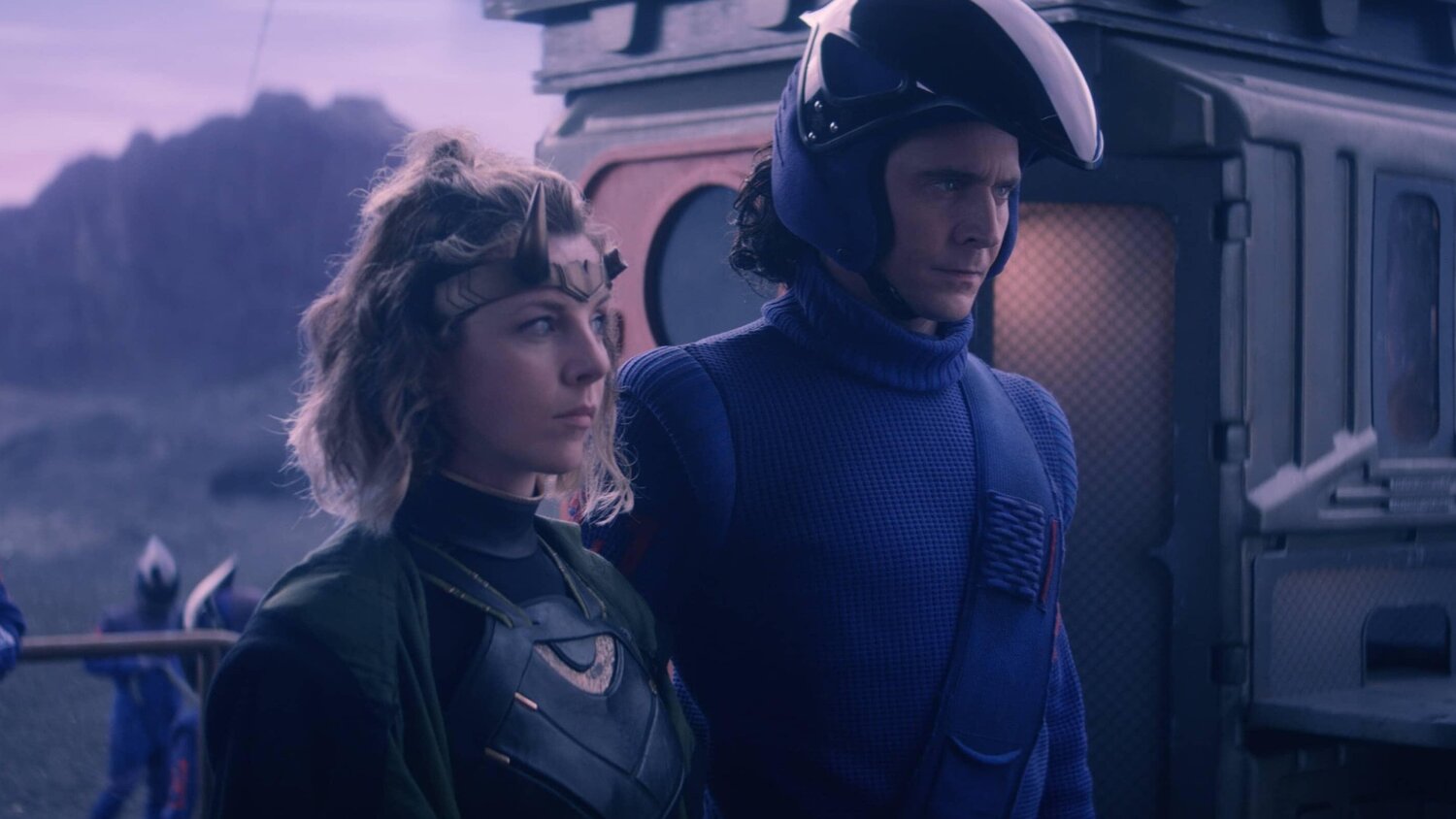 Chaos continues to follow Loki in the third episode of the Disney+ series as he teams up with his female variant in an effort to service another looming apocalypse. On their journey, they learn a few new things about each other.

One of the things we learn early on in the episode is that the female variant of Loki does not like to be called Loki. When Hiddleston’s Loki calls her by his name, she snaps at him and tells him that she has taken on the name of Sylvie. We still don’t know, but this name could be a reference to Marvel Comics character Sylvie Lushton, who became the second version of Asgardian god Enchantress.

Loki ends up interrupting plans to find the Time-Keepers when he ends up teleporting them to the moon Lamentis-1 in 2077 during a scuffle. This is one of the preprogrammed apocalypses on Sylvie’s time-hopping TemPad.

We learn that Sylvie has led a much different life than Loki as she stepped out of the Sacred Timeline early in life. She didn’t make the same bonds and friendships as Loki and she learned of her Frost Giant heritage in a different way.

We learn in the episode that Loki and Sylvie are both bisexual. During a conversation about Loki’s romances, Sylvie asks, “Must’ve been some would-be princesses or perhaps another prince?” Loki responds, “A bit of both. I suspect the same as you.” I can’t say I’m surprised.

This is something that director Kate Herron wanted to include in the episode when she first got involved. She said in a tweet, “From the moment I joined @LokiOfficial it was very important to me, and my goal, to acknowledge Loki was bisexual. It is a part of who he is and who I am too. I know this is a small step but I’m happy, and heart is so full, to say that this is now Canon in #mcu.”

One of the most interesting things that we learn, though, is that the TVA workers are all Variants, but they don’t know it. The Time-Keepers are recruiting people who’ve stepped off the Sacred Timeline, and then they wipe the memories from the Variants. This would explain Agent Mobius’ love of Jet Skis. It’s something that he retained from his life before he was recruited and had his memory wiped. It’s a remnant of his old self. I’d love to imagine that he rode a Jet Ski out of the Sacred Timeline!

This is information that I’m sure Mobius and many of the other TVA agents will learn later on in the series and when they do, I imagine they won’t be happy. It’s not hard to imagine this is what will lead to them rising up against the Time Keepers. The movie we learn about the Time Keepers the more villainous they sound.

The episode ends with Loki and Sylvie trapped in the 2077 apocalypse and the moon Lamentis-1 is about to be wiped out by a falling planet. They tried to escape on an ark they were looking to hijack, but that was destroyed, so they are in quite the predicament. But, they are the stars of the show, so I’m sure they’ll find a way to survive. Maybe Mobius will jump in to save them.

A fun little detail I wanted to point out was that we are introduced to two guards named Private Hudson (Ben VanderMey) and Corporal Hicks (Jon Collin Barclay). They are named in the credits and it’s obviously in reference to Bill Paxton and Michael Biehn’s characters in James Cameron’s 1986 sci-fi classic Aliens.

We also see that Loki is intrigued that Sylvie is able to enchant and control people’s mind on her own, with the power she has. Loki was only able to do that with his Mind Stone-powered scepter.

I enjoyed the episode and I can’t wait to see what’s coming next! What did you think and is there anything cool you noticed int he episode?