‘Pride is for us, not gratifying the egos of straight people’: Lena Dunham faces backlash from LGBTQ community after declaring she wants her casket to be driven through NYC Pride parade

By Adam S. Levy For Dailymail.com

A Lena Dunham tweet drew a hailstorm of criticism on Sunday, as the actress made a request on the social media site that rubbed people the wrong way.

‘When I go, I want my casket to be driven through the NYC pride parade with a plaque that reads “she wasn’t for everyone, but she *was* for us”- who can arrange?’ the Girls star, 36, said Sunday.

A number of users questioned exactly why Dunham would be honored by the LGBTQ community. 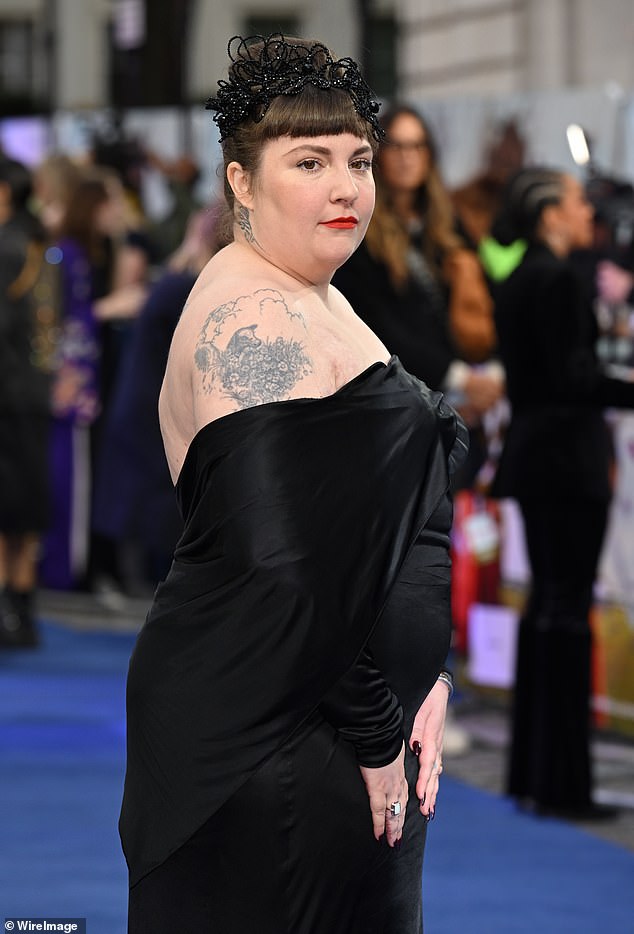 The latest: A Lena Dunham tweet drew a hailstorm of criticism on Sunday, as the actress made a request on the social media site that rubbed people the wrong way. The entertainer, 36, was snapped in London last month

‘And what have u ever done for the LGBTQ? Sis you ain’t no gay icon,’ one user said, while another said, ‘Pride is for us, not gratifying the egos of straight people who see us as accessories.’

One user said, ‘It’s called gay pride not straight shame,’ as another added, ‘girl, no. we don’t claim you like that.’

Said one user: ‘Ummm…we’re going to pass, but thanks for the offer?’

Some people wondered why Dunham assumed the LGBTQ community would make her a centerpiece of the Pride parade. 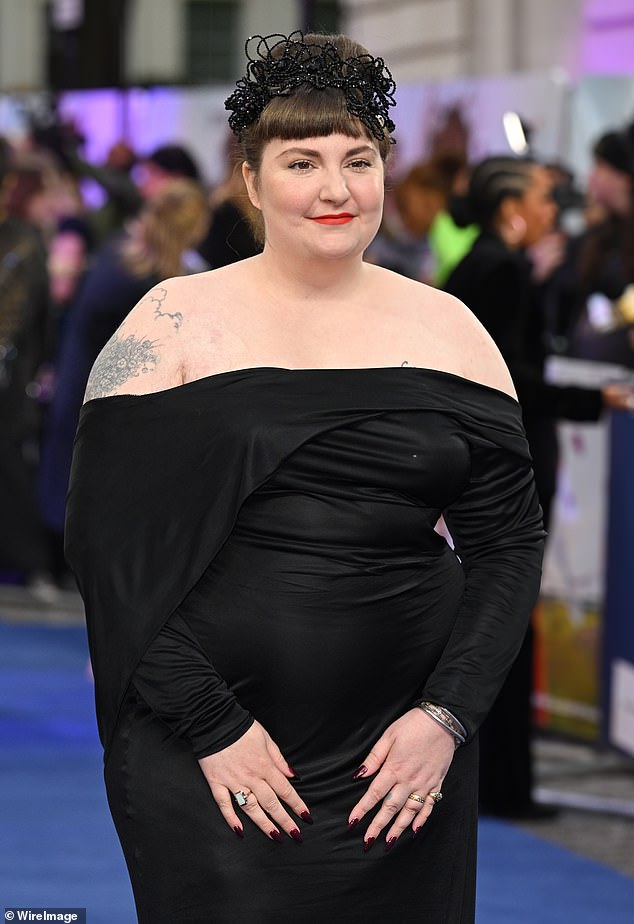 A number of users posted memes joking that the Sharp Stick director-actress had put her foot in her mouth, or was fishing for attention with the tweet 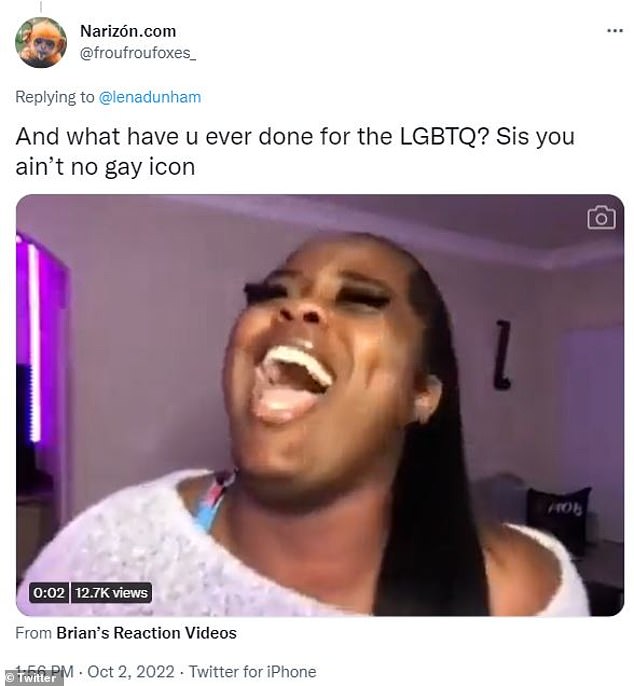 ‘You aren’t actually for anyone except older millennials who keep getting kicked out of social spaces for saying slurs,’ one user said, while another added, ‘Counterpoint: we drive a photo of you through the jersey shore with a sign that says “we’re not sure who she is either.”‘

A number of users posted memes joking that the Sharp Stick director-actress had put her foot in her mouth, or was fishing for attention with the tweet.

Said one user: ‘She died as she lived: in a ploy for attention that was as puzzling as it was desperate.’

The Golden Globe winner in 2014 was awarded by the gay advocacy group Point Foundation with the Horizon Award, earmarked toward ‘a young trailblazer who has taken a leadership role as an advocate’ for the LGBTQ community, according to The Hollywood Reporter. 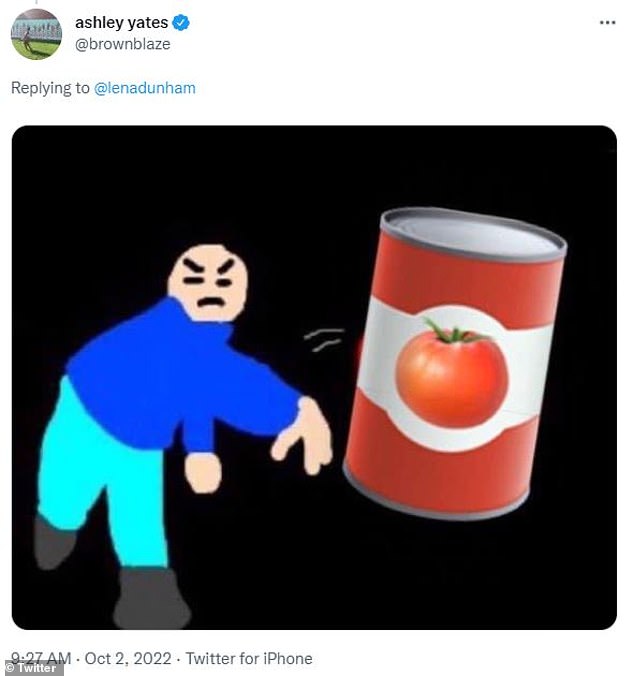 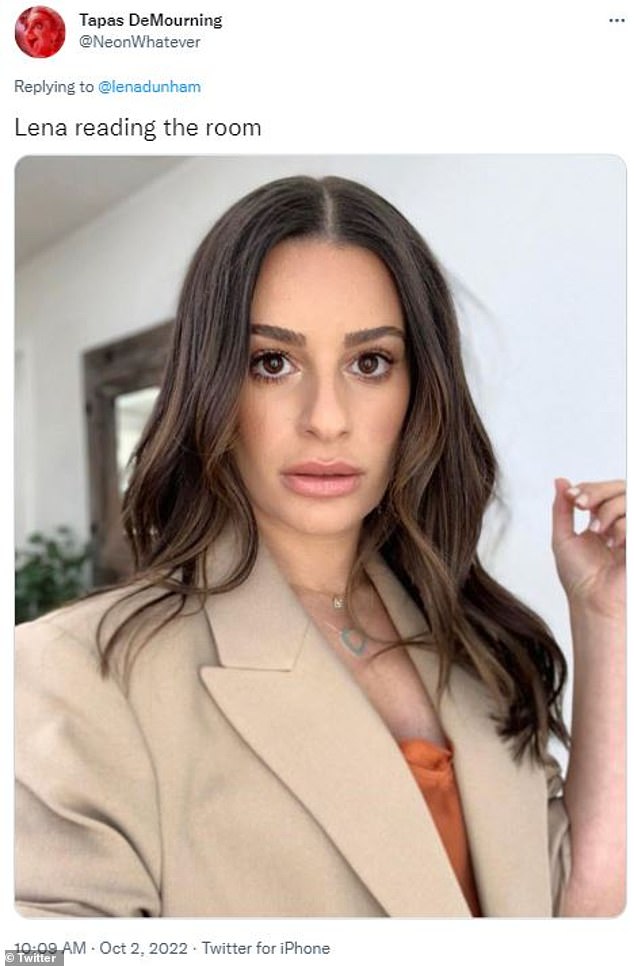 Another user compared Dunham to actress Lea Michele, who has past been accused of being tone-deaf 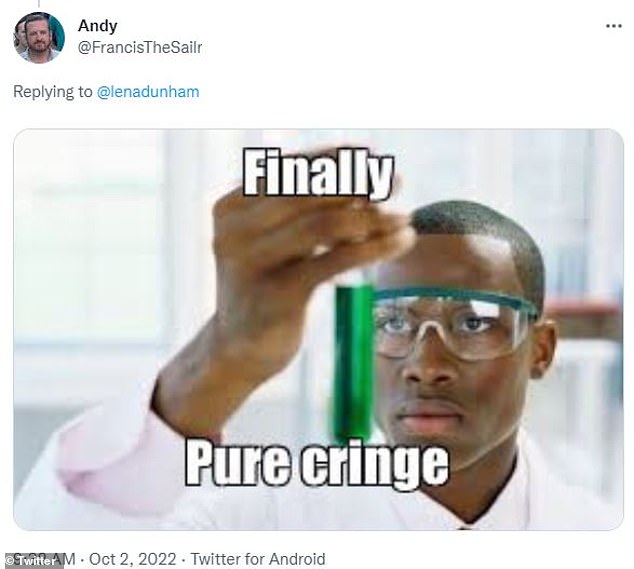 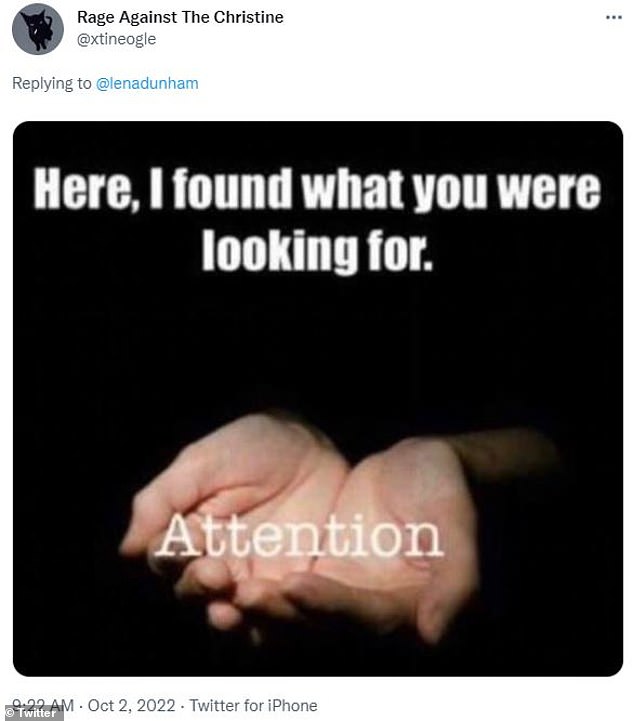 ‘There is no one better at conveying the ambition of today’s young adults to overcome obstacles and realize their great potential than Lena Dunham,’ the organization’s Jorge Valencia said at the time in a statement. ‘Dunham uses intelligent humor and compassion to present an honest appraisal of something our Point Scholars know all too well: the struggle to be comfortable in your own skin.’

At a gala where she received the award in April of 2014, the New York City native said that she was ‘disappointed’ that she is not gay, as her sister Grace came out at the age of 17.

‘I have always felt a strong and emotional connection to members of the LGBTQ community,’ she said. ‘It was actually a huge disappointment for me when I came of age and realized that I was sexually attracted to men.’

‘So when my sister came out, I thought, “Thank God, now someone in this family can truly represent my beliefs and passions.”‘ 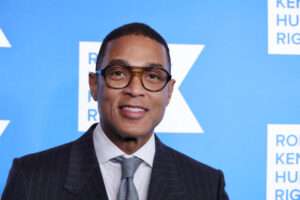 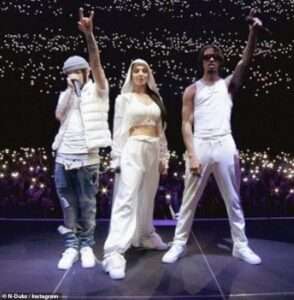