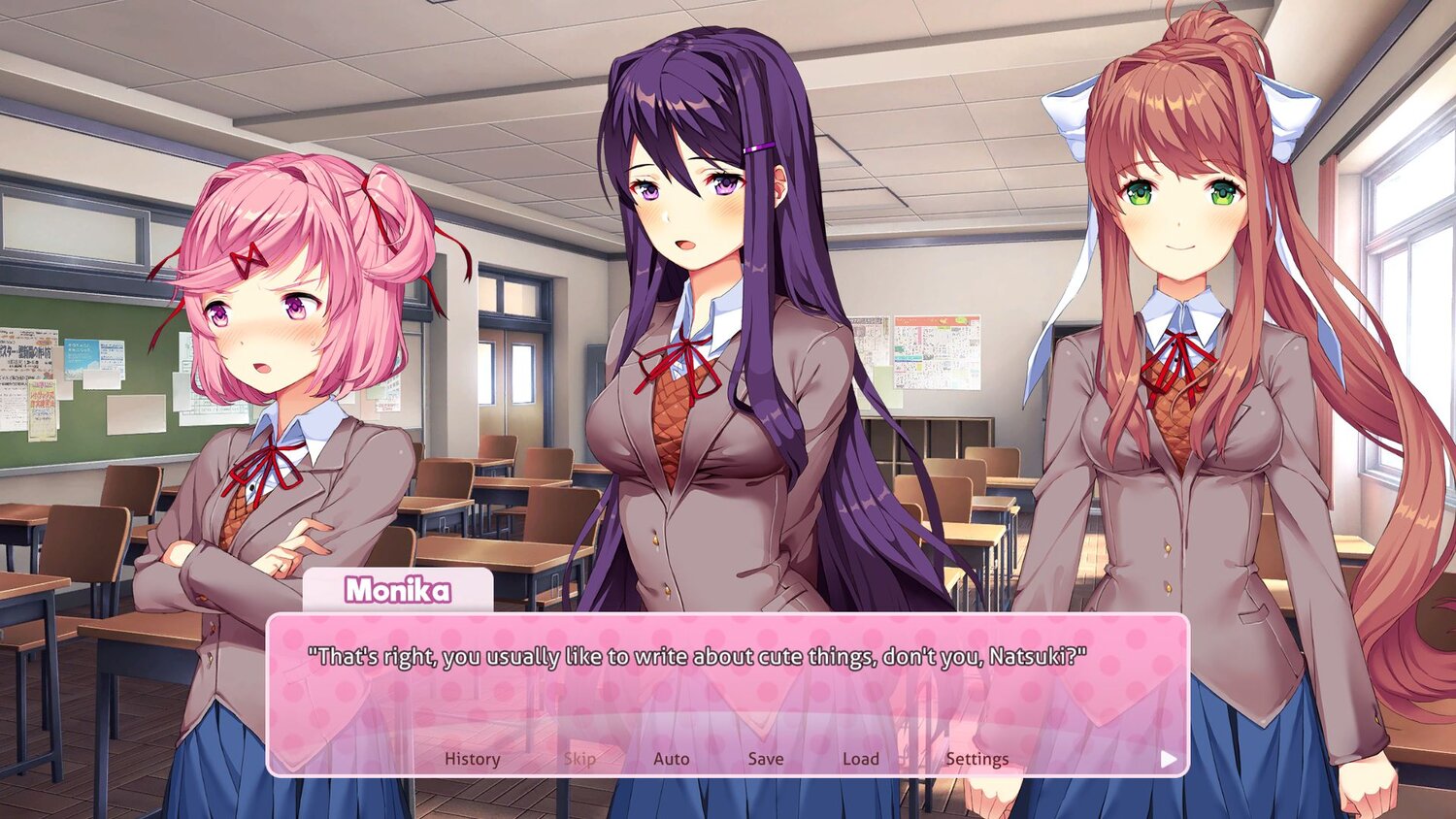 Doki Doki Literature Club is a very famous game from Dan Salvato and it was recently revealed that a new edition of the game was set to release at the end of this month. DDLC Plus will feature the core game updated with HD visuals as well as new music and Side Stories which is a narrative expansion on the hit game. Serenity Forge is helping Salvato bring this new edition to life for Nintendo Switch, PC, PS4, PS5, Xbox One, and Xbox Series X|S. In a new video, Salvato talks about the game, Side Stories, and more of what fans can expect in DDLC Plus. Are you excited for the new content or even just to enjoy the game on a different platform?

Doki Doki Literature Club Plus puts players in the shoes of a student who joins his school’s literature club at the request of his childhood friend Sayori, and meets other members Yuri, Natsuki and club president Monika. Soon, the player begins writing poems and grows closer to the other members – is romance in the air? Hailed by thousands as one of the most disturbing games in a generation, Doki Doki Literature Club Plus is the ultimate psychological horror narrative experience.