As the owner of a comic book store called Jay and Silent Bob’s Secret Stash, Kevin Smith is no stranger to collectibles. Now, as Deadline reports, he’s minting a new one-of-a-kind product: a Non-Fungible Token (NFT) of his upcoming film Killroy Was Here. It’s the most expensive token available from his newest business venture, Jay and Silent Bob’s Crypto Studio.

The purchaser of the Killroy Was Here NFT will get more than just a digital file. The owner will have distribution rights, and can choose to strike a deal with streamers, movie theaters, or nobody at all. The most likely outcome is that a traditional distributor will snatch up the NFT, and the only thing that will make this film different is the massive carbon footprint that seems to attend all such cryptocurrency endeavors. But there’s also the possibility that some obstructive oligarch will keep it to themselves, meaning that most laypeople will never get a chance to see the flick.

That’s the big news for now. But in the long run, Jay and Silent Bob’s Crypto Studio has much greater potential for disruption, profit, and environmental destruction. Smith isn’t hosting his NFTs on an existing crypto market like Niftygateway, Rarible, or OpenSea. Instead, he’s partnering with the digital company Semkhor to create a boutique gallery that comes with its own .crypto address.

Already, you can head over to the website and check out a variety of his crypto-wares, which are called Smokin’ Tokens. They come in limited-edition runs of five available colors: Weed Green ($499), Indica Orange ($650), Mooby Yellow ($799), Bluntman Purple ($1200) and the reportedly rare Platinum Smokin’ Token, which will be available for auction starting at $5,000. Additionally, those who possess a Platinum Token will be granted a Crypto Cameo — whatever that means — in Smith’s upcoming movie Clerks III, which films this summer.

Besides that, Smith is also minting a Killroy teaser NFT, an NFT cover of the comic book Bluntman and Chronic, and more. Two Platinum tokens will be hidden among the less-costly purchases, and like all works of cryptocurrency, each token can be held or re-sold.

In a statement to Deadline, Smith said,

“As an indie artist, I’m always looking for a new platform through which to tell a story. And Crypto has the potential to provide that, while also intersecting with our almost 25 years of experience selling real world collectibles online and at the brick-and-mortar Jay and Silent Bob’s Secret Stash. Back in 1994, we took Clerks up to Sundance and sold it. Selling Killroy as an NFT feels very similar: whoever buys it could choose to monetize it traditionally, or simply own a film that nobody ever sees but them. We’re not trying to raise financing by selling NFT’s for a Killroy movie; the completed Killroy movie IS the NFT. And If this works, we suddenly have a new stage on which I and other, better artists than me can tell our stories.

“This allows us to shine a spotlight on artists we love and introduce the community to their style by way of our characters. We provide the Jay and Silent Bob, you provide the art, our partner Semkhor mints the NFT, and we split the profits. I’ve earned money off of Jay and Silent Bob for years now, so it’s nice to provide a licensed place where others can do the same.”

Besides his new crypto ventures, Smith has plenty of traditional IP in the works, including a He-Man reboot and a new version of Clerks: The Animated Series. He recently appeared as a talking head in the documentary The Last Blockbuster.

Back in 1994, I took my first flick to Sundance to sell it.
Now in 2021, I’m taking my new flick to CRYPTO to sell it!
KILLROY WAS HERE to be the first film sold as an NFT! Winner can even distribute it!
Welcome to Jay and Silent Bob’s Crypto Studio! Home of the Smokin’ Tokens! https://t.co/F6D1BE7NFs 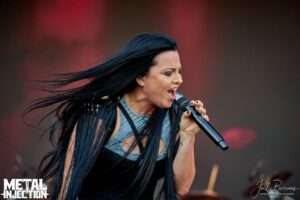 Louder Than Life: Day One Recap 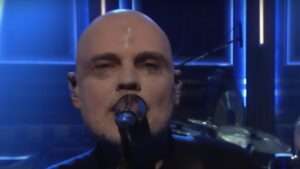 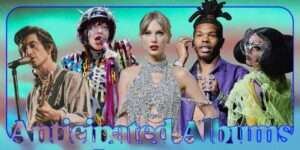