The comeback of ancient whole grains, such as KAMUT® Brand Wheat, is exciting in so many ways. Not only do these gems from long ago give us more delicious variety on the plate, they have all (and perhaps more) of the health benefits of whole grains, with higher levels of nutrients compared to modern wheat. Furthermore, evidence suggests that some people with wheat sensitivities who are not able to tolerate modern wheat may be able to better tolerate ancient wheat varieties. Current research is helping us understand that many of us can welcome our beloved whole grains back into our diets, enjoying their nutritional and health benefits, as well as their unique, delicious, and satisfying flavor and texture.

Typical modern wheat comes from wheat developed half a century ago through breeding techniques used to produce higher-yielding, lower-cost crops. In the grocery stores of today, modern wheat is often featured in its highly processed form as refined flours—though you can certainly eat modern wheat in its whole form too.

Ancient whole grains, unlike modern whole grains, have not been altered through hybridization or other genetic modification. Ancient wheats include emmer, spelt, einkorn, and KAMUT® Brand Wheat—a form related to emmer and modern durum wheats that comes from wild grasses. It’s important to note that because KAMUT® Brand Wheat is only grown under certified organic conditions, studies comparing wheats have often not been based on identical growing conditions, which can make it difficult to determine if differences are genetic or environmental.

Ancient wheat is genetically different from modern wheat. KAMUT® wheat is a tetraploid grain, which means it has four pairs of chromosomes for a total of 28. Modern wheat is hexaploid, with six pairs totaling 42 chromosomes. Researchers are looking into specific genomes that might be more active in celiac disease, but so far the evidence isn’t sufficient. Modern wheat continues to be altered through processes intended to produce desired characteristics such as a more vigorous crop. Most modern wheat production today involves spraying of pesticides and herbicides, use of chemical fertilizers, and other less than sustainable farming practices.

Research has shown that with certain nutrients, the differences between ancient and modern wheat are very small. However, some vitamins and minerals are higher in ancient wheat, including vitamin E, potassium, selenium, magnesium, zinc, and iron. In ancient wheat, there is also more diversity in antioxidant polyphenols, which are powerful plant compounds with health-promoting benefits. Among other things, polyphenols play a protective role against cardiovascular diseases, diabetes, and metabolic syndrome. For example, several studies have shown that ancient wheats have a higher concentration of carotenoids, especially lutein, than modern wheat: as much as three to eight times more, to be precise. Lutein has antioxidant and anti-inflammatory properties that benefit vision in particular.

Although ancient grains have a similar amount of gluten as modern wheat, the latter has been cultivated for years to achieve desirable leavening and elasticity properties for bread making. These altered properties may possibly contribute to the intolerance seen in celiac disease and non-celiac wheat sensitivity to gluten.

Many people have reported that they are better able to tolerate KAMUT® Brand Wheat compared to modern wheat and a desire to understand this has led to a research program led by Kamut International that today has resulted in 35 publications of study findings in peer reviewed journals.

KAMUT® Brand Wheat, like all wheat, contains gluten, so it is not recommended for people with celiac disease, who must avoid all forms of gluten because it triggers an immune response in the small intestine. It is also important to keep in mind that individuals may vary regarding their response to gluten in KAMUT® Brand Wheat and other forms of wheat. Seek guidance from your health care professional if you have a diagnosis that reduces your tolerance to gluten or wheat in your diet. To be sure, the complex compositions of both modern and ancient wheat illustrate that more research is needed in this area. There are also likely to be many other things besides gluten that trigger sensitivity in some people.

Health Benefits in the Kernel

What else can KAMUT® Brand Wheat do for our bodies?

Including KAMUT® Brand Wheat in Your Diet

Remember that KAMUT® wheat does contain gluten, so people with celiac disease need to strictly avoid it, just as they would all gluten-containing grains. However, as described earlier, many people with wheat sensitivity have reported positive results from including ancient forms of wheat in their diets. If you are diagnosed with a food sensitivity, it’s important to discuss any changes in your diet with your health care practitioner. When you are introducing new foods into your diet, it’s best to start slowly, introducing one new food product at a time and giving it a few days to see how you feel before adding another. Preparation techniques, such as soaking, sprouting and fermenting (sourdough breads) have been found to improve tolerance, as well.

Here are a few ways to try implementing the grain into your diet:

KAMUT® Brand Wheat is an incredibly versatile grain, it’s not hard to get creative in the kitchen with it and appreciate its culinary and health benefits! 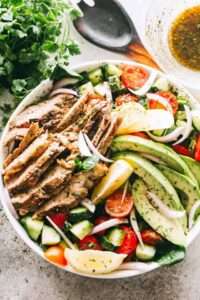 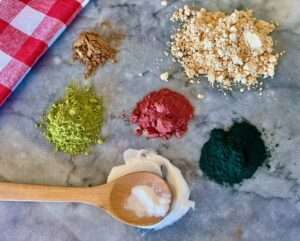