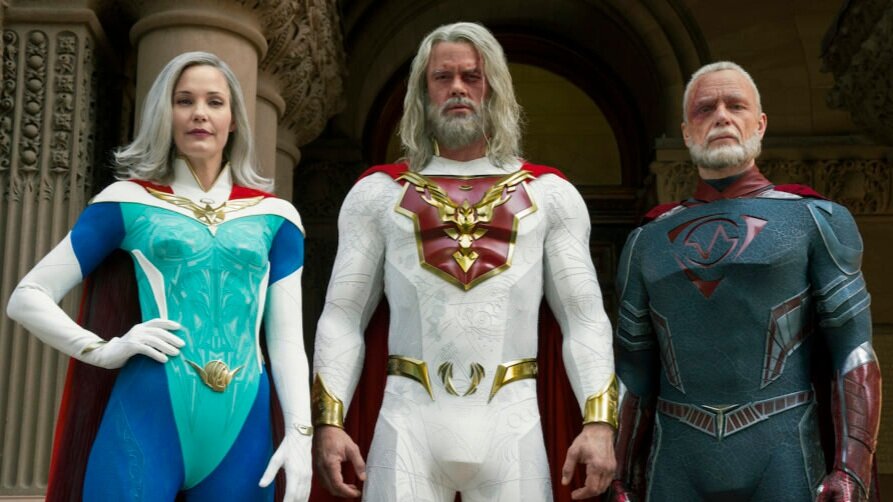 Not only has the media been supersaturated with superhero movies of grandiose battles of good and evil, but we’ve also been getting smaller-scale TV shows that question what it would be like to give powers to imperfect and flawed people. Jupiter’s Legacy has a few intriguing characters and a most interesting premise, but it takes far too long to get anything done, nothing is explored in-depth psychologically, and it would have been a bit more compelling ten years ago.

The idea is pretty simple, a group of superheroes are dealing with the ever-growing and changing climate of supervillains and problems in the world. As supervillains become more sadistic or more sympathetic, our heroes must deal with their ethical and moral beliefs and choices. This is a great concept and could create some profound dynamics, but most of the characters spend every episode explaining their feelings and thoughts about the situation they are in but never taking action one way or another.

The actual plot starts very early with a mysterious return of a villain, but it isn’t really answered or addressed until the last twenty minutes of the last episode. Having a season-long villain and problem is fine. But that, the main plot, was always backseat to flashbacks and family drama. The show could’ve easily been four or five episodes, that’s including the flashbacks. If they cut out the repetitive scenes showing that a character is rebellious or another character is pure of heart, they could have saved a lot of time and made the show more tolerable. The rest of the budget and time could’ve been the actual continuation of the awkward cliffhanger at the end of the season.