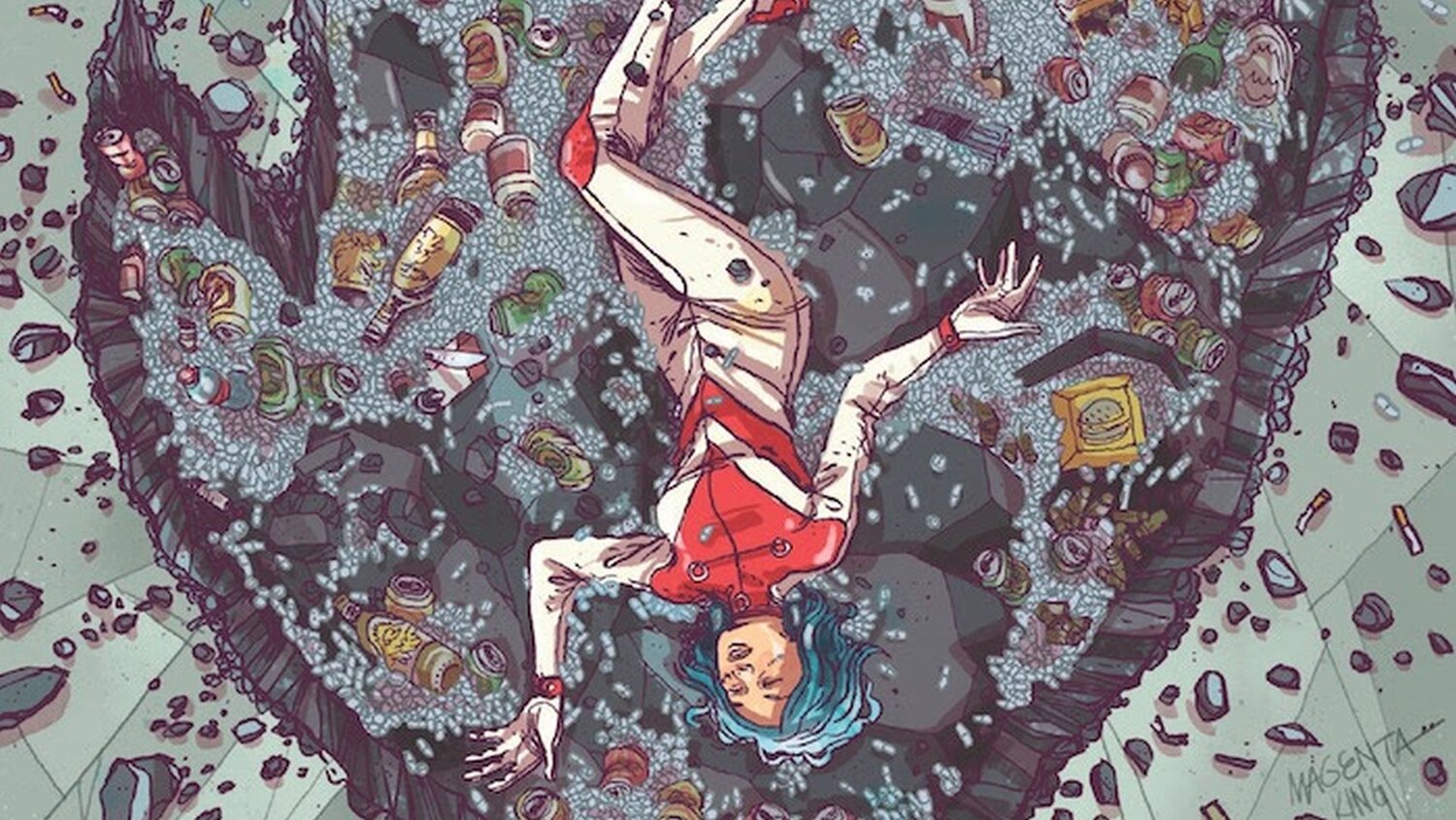 Jenny Zero is a new comic series from writers Dave Dwonch and Brockton McKinney with art by Magenta King and colors by Megan Huang. Dark Horse released the first issue today and I think some people are going to really like it. You can grab your copy of Jenny Zero #1 from your local comic shop.

Meet Jenny Tetsuo, the hard drinkin’, hard partyin’ daughter of beloved superhero, Mega Commander Zero. After washing out as the military’s top Kaiju-killer, ”Jenny Zero” now lives the celebutante life with her hotel heiress and publicist best friend, Dana Sheraton. But when the massive creatures return, Jenny must decide if she can sober up and save the world!

This comic definitely has some things going for it. There are aliens, kaiju, and angst. Jenny Zero also offers an interesting world from the start which is a good thing. There’s still action in the issue, but it doesn’t overshadow the story being built. There’s definitely some good promise for the series.

There are a couple of things that I don’t care for. The art is not my favorite. It’s not bad, it’s just not my taste. Also, while the world being built is intriguing, I wish Jenny had a bit more of a personality. So far, she’s just a constant drunk/drug user who hates the government. There’s definitely room for her to grow and for us to get to know her better (it is only the first issue after all), I just get annoyed when characters are given this as a personality.

Jenny Zero #1 sets up an interesting world with a bit of a bland protagonist so far. There are kaiju and superheroes which are always positives in my book. Oh, and did I mention that Jenny uses an alien as her weapon? I dig it.