Warner Bros. and DC Films have a habit of announcing comic book adaptations and then proceeding to do absolutely nothing with them, before they fall into the abyss of development hell, in most cases never to return.

Remember Chris McKay’s Nightwing? Or the female-driven spin on Plastic Man that was announced in late 2018? What about Booster Gold, which was first confirmed to be in the works back in September 2015? Or Will Smith’s Deadshot, Gotham City Sirens and many others for that matter, with only New Gods and The Trench getting officially canned instead of simply fading away.

That being said, the studio did at least try to make Lobo happen on several occasions. The fan favorite antihero was originally going to get a solo film directed by Guy Ritchie, which was given the green light in September 2009. Three years later, Brad Peyton boarded the project and entered talks with his Journey 2: The Mysterious Island leading man Dwayne Johnson to star.

Another name linked to the title role during that period was Jeffrey Dean Morgan, and in a new interview, the actor admitted that he’d still be down to sit in the makeup chair and become Lobo if the opportunity came knocking.

“There’s so many superheroes. I like Lobo a lot. I really wanted to do Lobo for a long time, but we’ll see. We’ll see, I have something maybe cooking and I’ll let you know soon if that turns out to be, but I love the world of comic books and hope that I get to stay playing in this world for a long time.”

The last we heard from Lobo, Michael Bay of all people was said to be circling the cosmic blockbuster and trying to significantly lower the budget, but that was close to three years ago and we’ve learned nothing since. Dave Bautista also threw his hat into the ring by admitting that the antihero is one of two DC characters he’d love to play alongside Bane, but it’s best not to cross your fingers in the hopes that either Bautista or Morgan get the call. 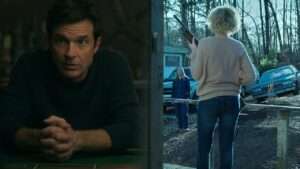 ‘Ozark’ Season 4: Everything You Need To Know About Part 1