Jamie Lynn Spears is “stable” in the wake of her sister Britney Spears’ allegations that those close to her were feigning their support in order to save face.

In a July 17 Instagram Story, Jamie Lynn — who posted from her car while wearing a green face mask — wrote that she is “feeling solid, stable, and still on this beautiful Saturday.” In a second post, she wrote, “God is all around.”

The posts come just hours after Britney, who is locked in a battle to end the 13 year conservatorship she called “abusive,” posted a scathing statement on , slamming the people “closest” to her “who never showed up” for posting on social media about her situation.

“How dare you make it public that NOW you CARE,” Britney wrote. “Did you put your hand out when I was drowning?”

Many people in the comments section of the post believed the post to be about Jamie Lynn, however, Britney nor anyone else has confirmed that to be the case.

On July 15, the Zoey 101 actress following the news that Britney would be allowed to to represent her in her fight to end her conservatorship. Many fans thought that Jamie Lynn’s Instagram posts, which included the quote “Once you choose hope, anything is possible” hinted that she was throwing her support behind Britney — hence the theory that the “Oops! I Did It Again” singer was shading her sister.

Jamie Lynn, who fans have accused of benefiting from Britney’s conservatorship, for the first time in a June 28 video, which she shared on her Instagram Story.

“I think it’s extremely clear from the day I was born I have only loved, adored and supported my sister,” the Nickelodeon alum said at the time. “I mean this is my freaking big sister before any of this bullsh**. I don’t care if she wants to run away to the rainforest and have a gazillion babies in the middle of nowhere or if she wants to come back and dominate the world the way she has so many times before. Because I have nothing to gain or lose either way. This situation does not affect me either way because I am only her sister who is only concerned about her happiness.” 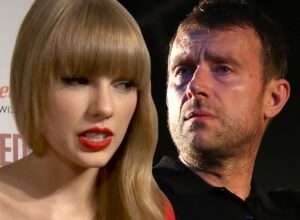