Mrs. Fletcher star Jackson White is reportedly in final talks to join Paramount Players’ upcoming Pet Sematary adaptation as Jud Crandall, according to Deadline. The character has previously been played by John Lithgow in the 2019 feature as well as Fred Gwynne in Mary Lambert’s 1989 take on the Stephen King horror classic.

Screenwriter Lindsey Beer (Sierra Burgess Is a Loser, The Magic Order, Bambi) is set to helm the next installment, which will serve as her directorial debut. The movie is a follow-up adaptation of the 2019 horror movie starring Jason Clarke, Amy Seimetz, John Lithgow, and Jeté Laurence.

Additionally, Beer also wrote the latest script for the project based on a draft penned by Jeff Buhler, who adapted the 2019 film from a screen story by Matt Greenberg. The movie was directed by Kevin Kölsch and Dennis Widmyer.

Plot details for the upcoming movie have not yet been revealed, but it was announced back in February that the new Pet Sematary would serve as an origin story to King’s novel with Lorenzo di Bonaventura and Mark Vahradian producing. Production on the film will begin in August and will be released exclusively on the Paramount+ streamer.

King’s original story follows Dr. Louis Creed and his family who are struck by tragedy after moving to Ludlow, Maine, where Louis discovers an ancient burial ground in the nearby woods that has the power to raise the dead, but sometimes, dead is better. 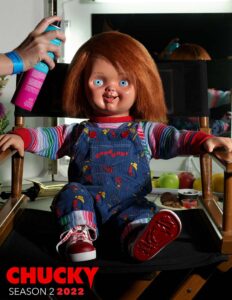