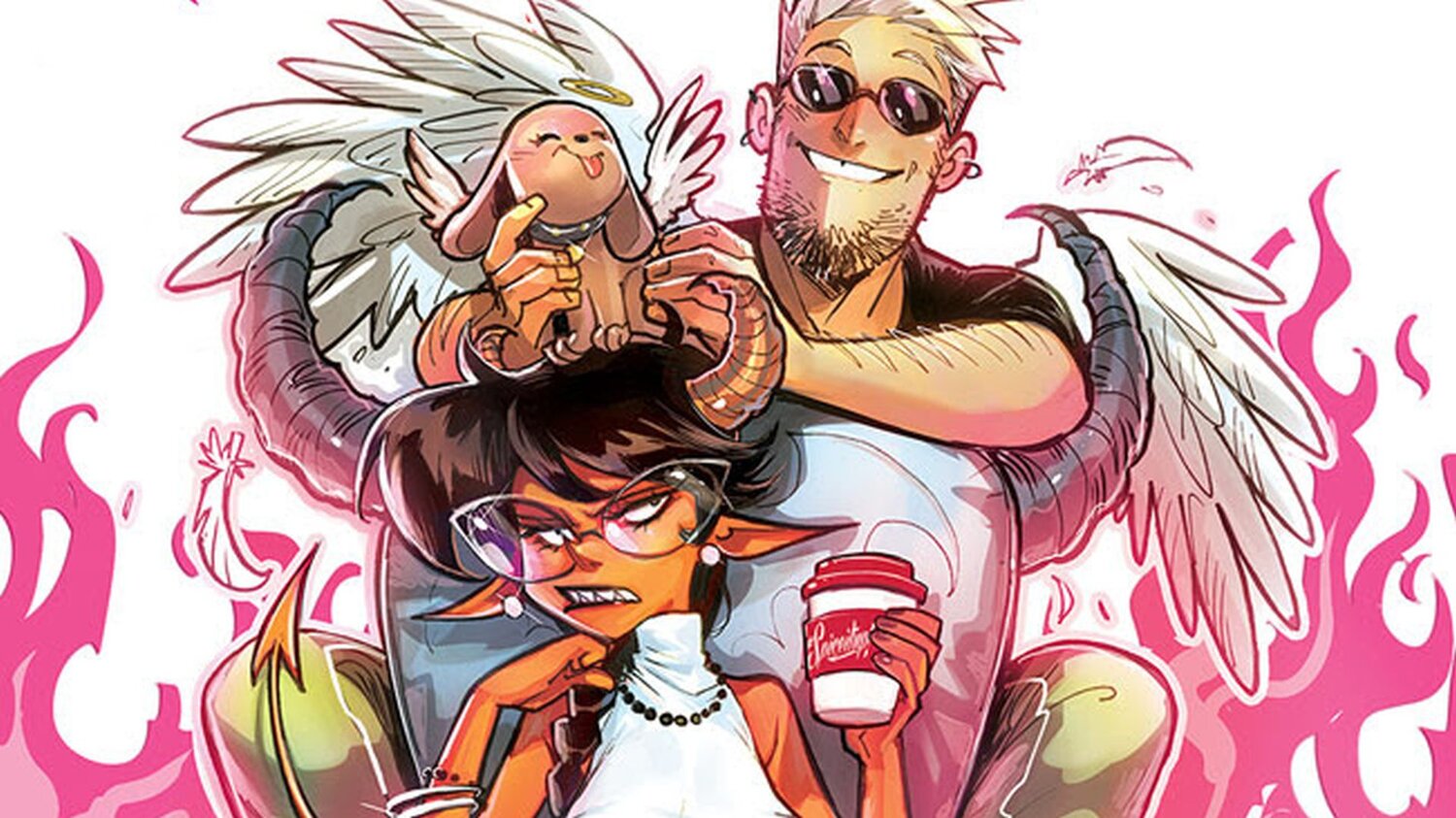 Sweet Paprika is an upcoming 12-issue comic miniseries from Mirka Andolfo (Mercy) that is part of a cross-media project. The rom-com series features some adult moments and looks like a lot of fun. I personally really like Andolfo’s art.

Sweet Paprika follows the main character Paprika, a New Yorker of Italian origin, young and determined successful devil: workaholic, she is sure of herself, unstoppable, even feared. But, in her private life, the situation is very different: behind the immovable workaholic shield, Paprika hides an unexpectedly fragile soul, which is increasingly in danger of collapsing, due to the absence of interpersonal (and physical) relationships. Her heart is broken from her past and a rigid upbringing has made her a very introverted person. She wants a romantic relationship, but she doesn’t know what she’s doing. An unexpected event and the odd angel, Dill, could upset her boring and not-very-spicy existence.

Talking about the series, Andolfo said:

I’m used to being both thrilled and impatient for the launch of each new series of mine, but with Sweet Paprika I am really elated and proud. It is a project I’m very attached to, and that has led me to mix more reflective elements with funny and sexy situations typical of comedies. I had a lot of fun working on it, and I was struck by the love that, even before announcing it, the fans showed to me! I couldn’t find better partners (my publishers, my mates at Arancia Studio, and the amazing creators who worked on variant covers for me!) to develop Paprika and Dill’s stories, and I can’t wait for readers to handle the first issue in their hands!

Sweet Paprika #1 will launch in Italy this May from Star Comics with Image Comics releasing it in the United States on July 28 at local comic shops or wherever you buy comics. Argentina, Chile, France, Spain, Turkey, and more countries will see the comic release also in July.