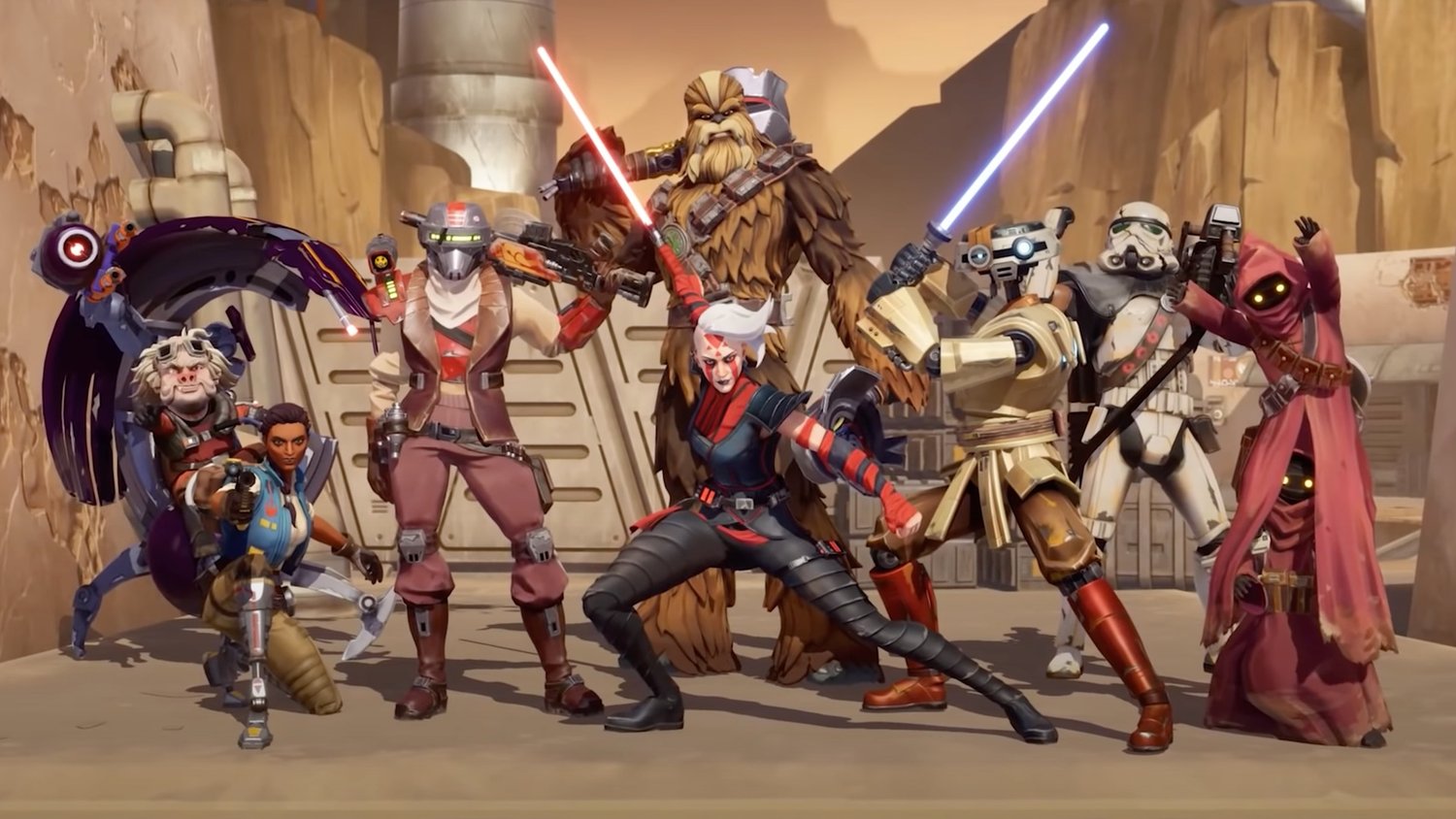 Zynga has created a new Star Wars game for fans to play and enjoy titled, Star Wars: Hunters, and today we have a new gameplay trailer for you to watch. The trailer is called “Enter the Arena,” and it shows off several of the characters engaged in battle in various arenas that are based on familiar Star Wars locations.

Join the greatest Hunters from across the Star Wars galaxy on the planet of Vespaara where high-stakes competitions are awaiting them in The Arena. Engage in thrilling third person combat to dominate grand battlefields set in a range of adventurous maps that evoke iconic Star Wars worlds. Mix and match teams, use skill, tactics and customize your Hunters to find a winning strategy and reap the spoils of victory in the all-new free-to-play game.

The teams are getting ready, the show is about to begin, screams of delight can be heard from the seats. Meet the combatants, discover their unique fighting style, and learn about their unique abilities in thrilling 4v4 team battles. Explore dynamic maps inspired by iconic Star Wars locales, unsheathe their best combat strategy, and be prepared to thrill the Arena and achieve glory.

Here is a breakdown of each of the new characters in the game:

This looks like a fun game and you can’t beat the price! It’s free! Star Wars: Hunters will be released in 2022 for the Nintendo Switch, as well as Android and Apple mobile devices.