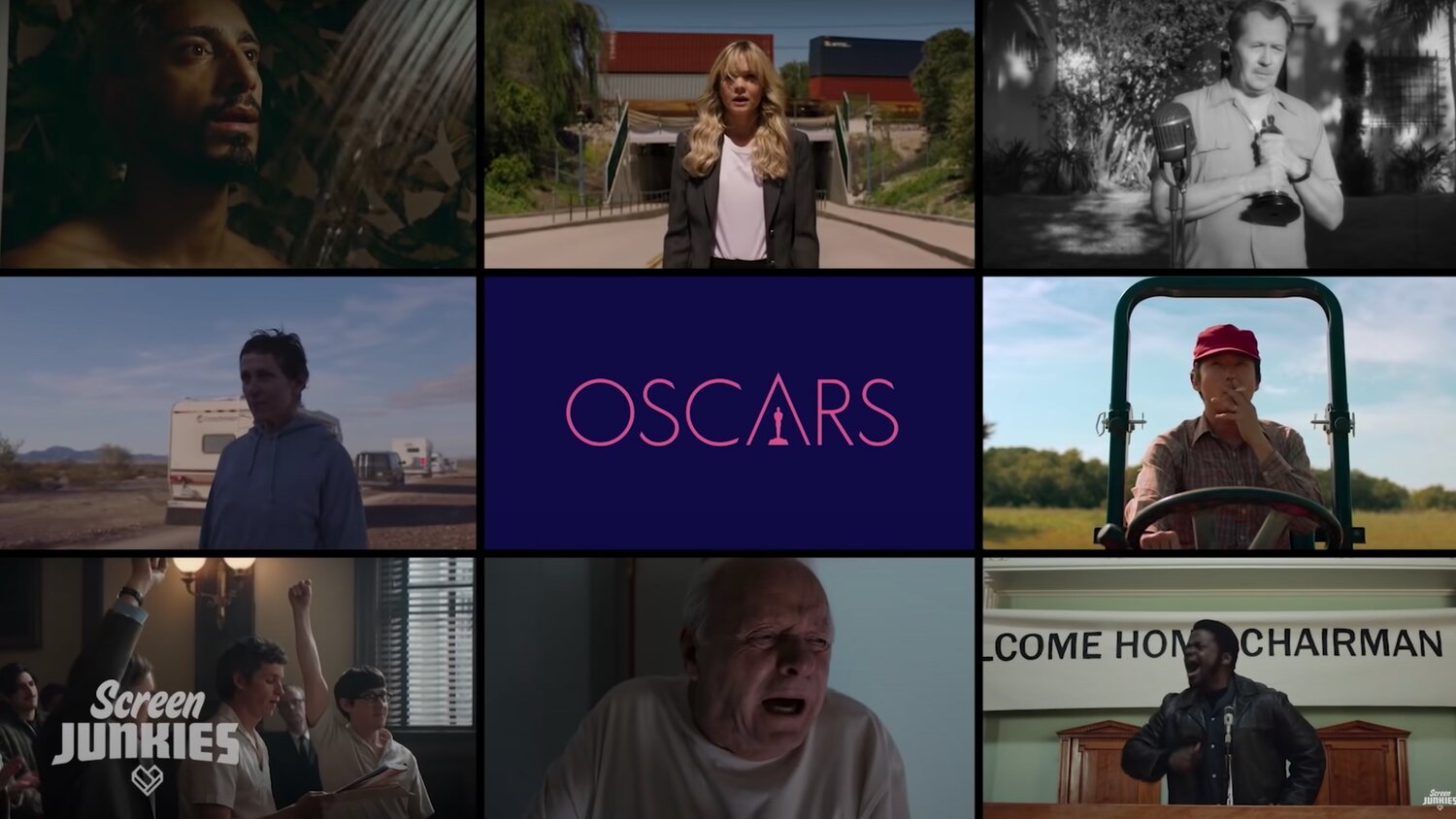 The Academy Awards ceremony is this weekend, and it’s funny being this is “the annual award show for the year’s best movies, in a year where no one could go to the movies.”

While I’ve seen all of the Best Picture nominees, I know a lot of people that haven’t seen any of them! People who normally see as many movies as I do didn’t watch a lot of movies last year.

This year’s Oscar award ceremony is certainly going to be a different one. I’m not really sure what to expect from it, but chances are, I probably won’t even watch it this year. I used to love the Oscars! It used to be fun! But, over the past few years these award ceremonies just stopped being entertaining.

Anyway, Screen Junkies has released an Honest Trailer for the 2021 Oscars, and it amusingly breaks down the films that have been nominated for Best Picture this year including Promising Young Woman, The Trial of the Chicago 7, Judas and the Black Messiah, Sound of Metal, Mank, The Father, Minari, and Nomadland.