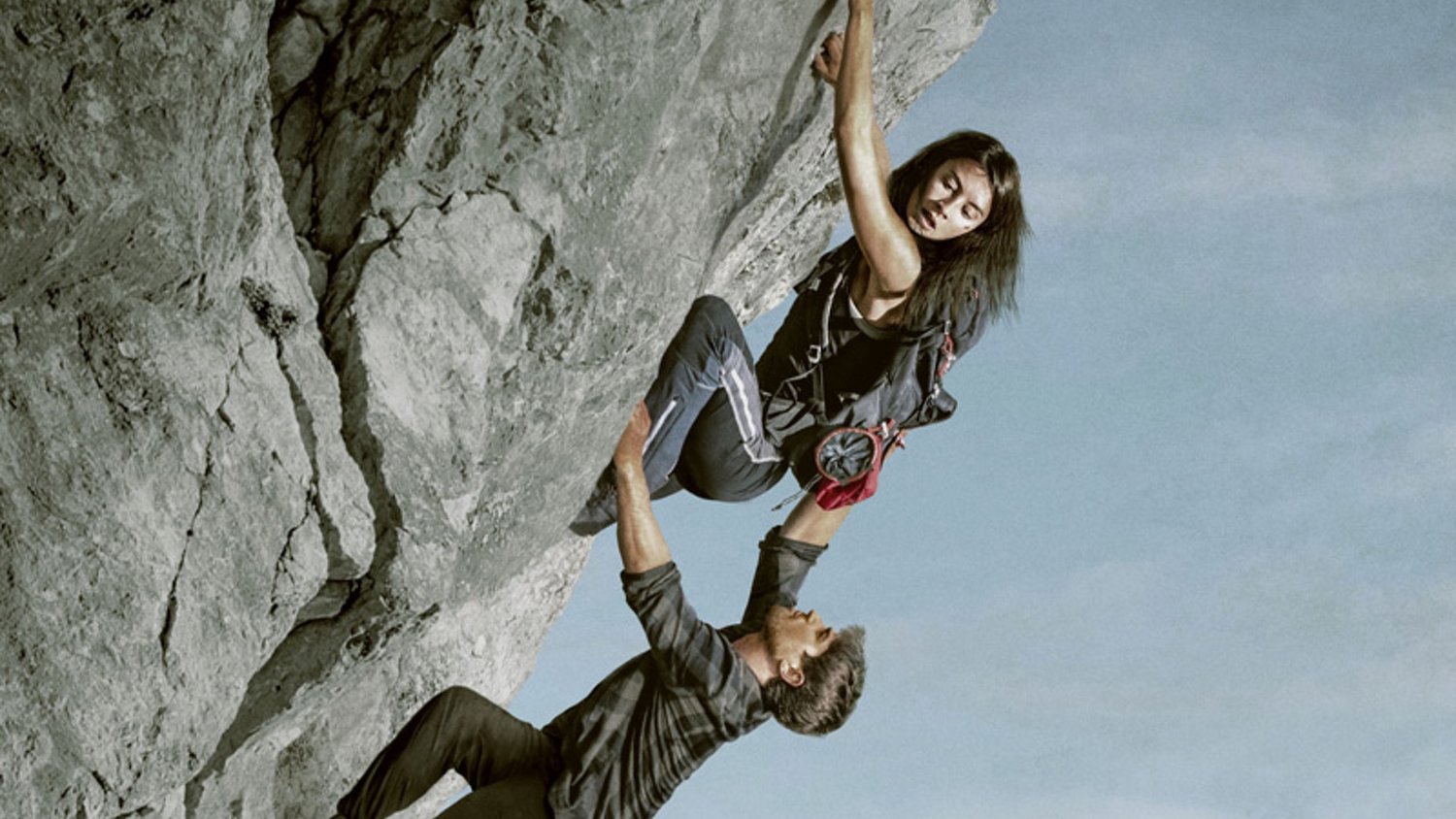 Paramount Pictures and Saban Films have released the trailer for a ridiculous rock climbing thriller titled The Ledge. The movie is described as a “female-centric take on 1993’s Cliffhanger,” and it centers on a young woman who is climbing up the face of a mountain as a group of guys are trying to kill her. The movie definitely looks like it comes from the ‘90s as it has that same kind of campy vibe as the films that came out in that era.

A rock climbing adventure between two friends turns into a terrifying nightmare. After Kelly (Brittany Ashworth) captures the murder of her best friend on camera, she becomes the next target of a tight-knit group of friends who will stop at nothing to destroy the evidence and anyone in their way. Desperate for her safety, she begins a treacherous climb up a mountain cliff and her survival instincts are put to the test when she becomes trapped with the killers just 20 feet away.

The movie is set to be released in theaters, on Digital, and On Demand on February 18th.