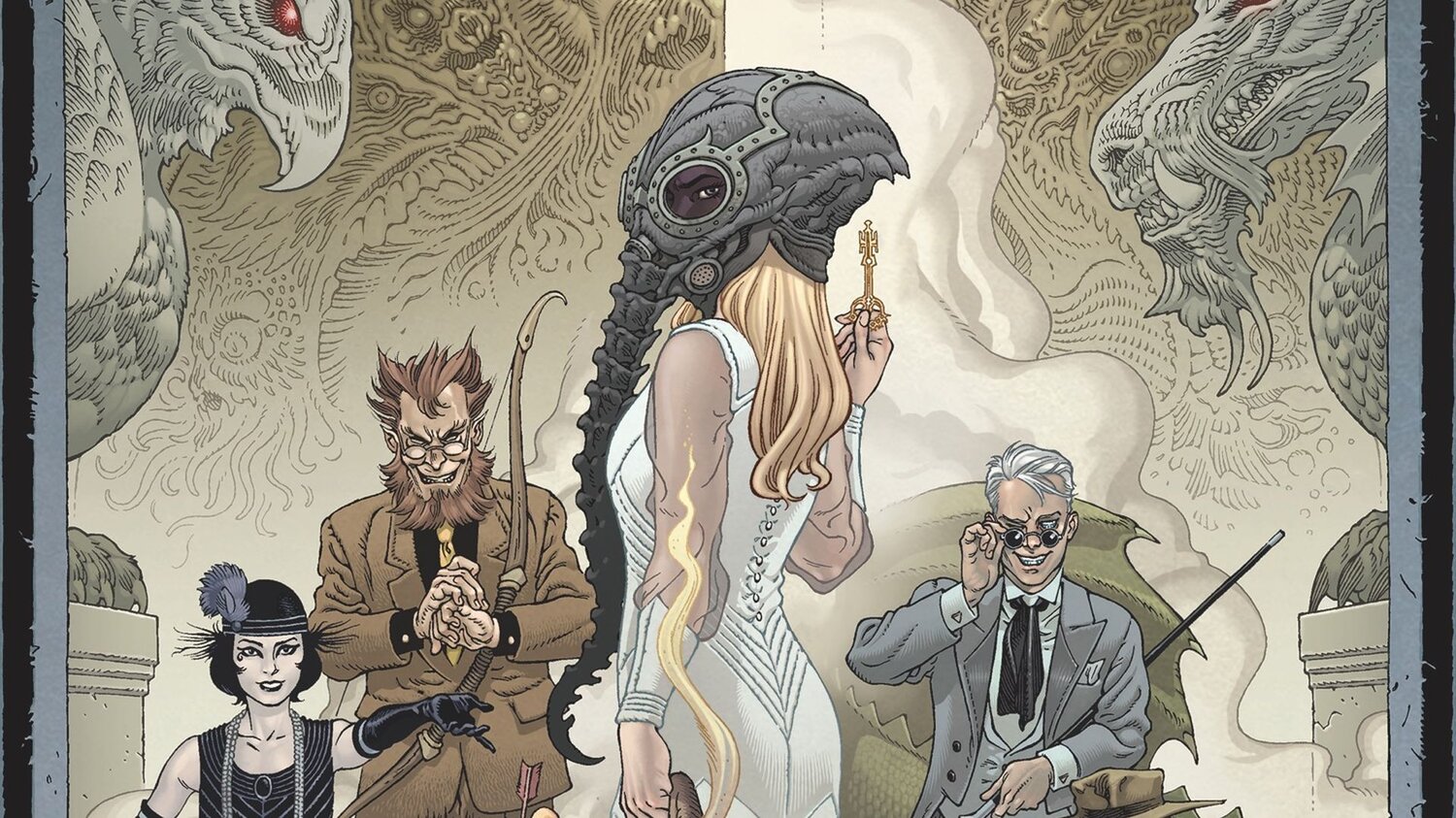 This week, IDW is releasing the crossover event that comic book fans have been excited for: Locke & Key/The Sandman Universe: Hell & Gone. Combining the worlds of Locke & Key from IDW, Joe Hill, and Gabriel Rodriguez with Sandman from DC, Neil Gaiman, Sam Kieth, and Mike Dringenberg, this comic is not one to miss. Hell & Gone is written and illustrated by Hill and Rodriguez. We’ve got some preview pages for you to enjoy down below.

Hell & Gone #1 follows a desperate Mary Locke, whose brother Jack may be 10 years dead but still sends letters home from Hell. Her quest to rescue him from The Pit will require her to outsmart Roderick Burgess (the most wicked man in England), puzzle her way through the House of Mystery, and risk the walking nightmare known as The Corinthian in a disintegrating Kingdom of Dreams!

You can read Hell & Gone #1 on April 14 from your local comic shop, comiXology (affiliate link), or wherever you like to purchase comics.