She’s known for her Halloween antics.

But Heidi Klum took a quiet moment away from her favorite time of the year as she shared a kiss with her husband Tom Kaulitz in a sweet photo posted to Instagram on Saturday morning.

The model, 48, and her beau, 32, stood on a hill overlooking a city skyline as they locked lips on social media. 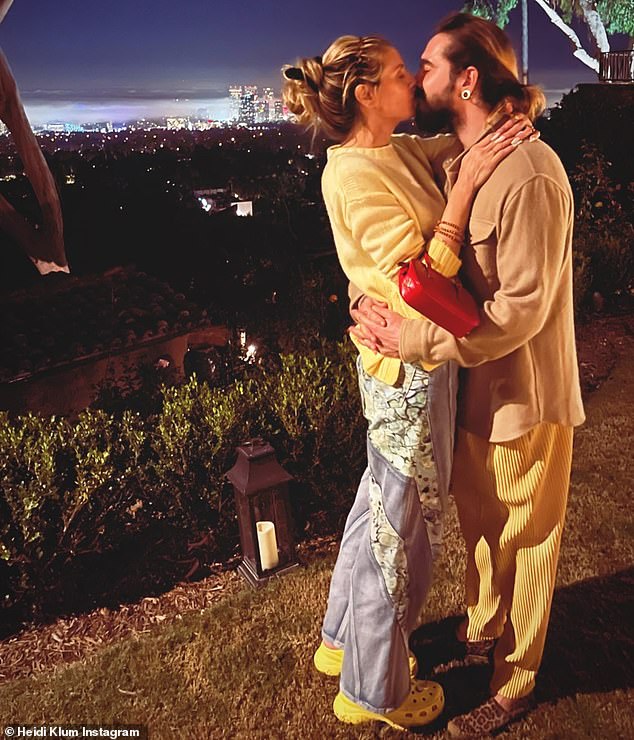 Enjoying the outdoor view: Heidi Klum posted a picture of a passionate embrace she shared with her husband Tom Kaulitz

The former Victoria’s Secret Angel wore a yellow sweater with the sleeves rolled up and a pair of flowing pants adorned with images of flowers.

She finished off her ensemble with a pair of bright yellow Crocs.

The star’s better half wore a long sleeve tan shirt and yellow pants. He pulled his hair back into a small tail that trailed behind him. The pair married in 2019 just a year after they started dating.

The couples’ photo came on a weekend Klum usually shows such enthusiasm for – Halloween Weekend.

The Parks and Recreation actress usually hosts a huge Halloween bash every year, but COVID-19 concerns stopped her from doing so for the second straight year. 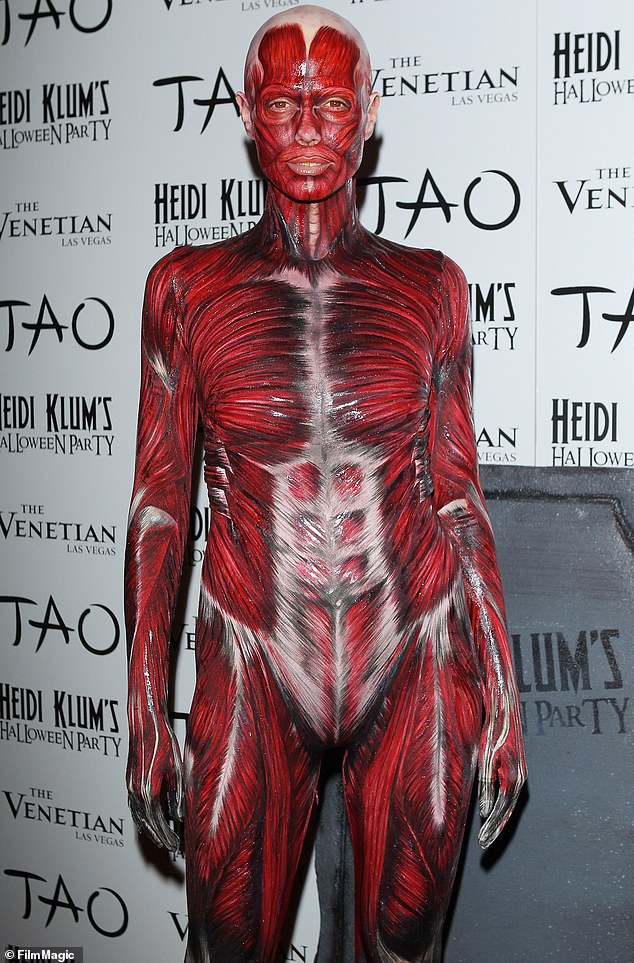 The queen of Halloween: Klum, 48, consistently wears fantastic costumes for Halloween including this one from 2011 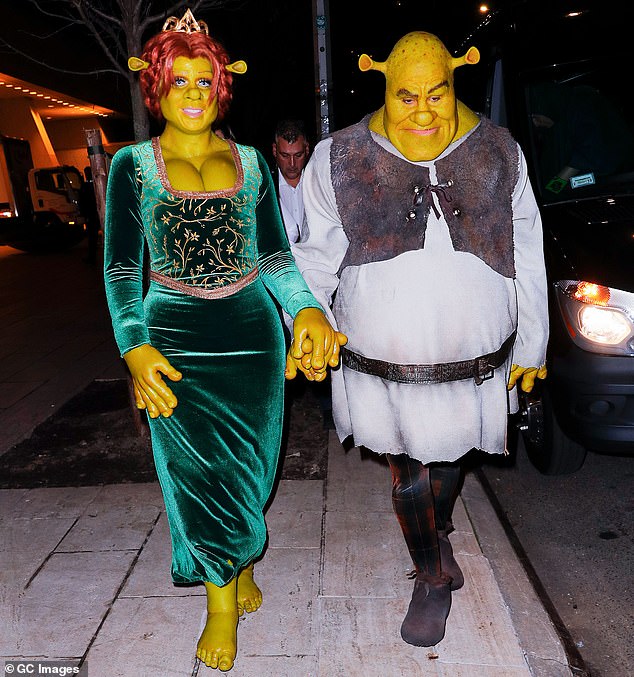 No party this year: While the model usually throws an annual Halloween party, she canceled it this year because of COVID-19 concerns

‘With everything happening in the world right now, I feel like it’s still too early for me to feel okay having a party,’ she said in an interview with TooFab earlier this month. ‘So I will not do that this year again.’

‘Like last year, I feel like it’s insensitive of me to do that. I don’t want anyone to get hurt because of we’re having fun on my dime so I don’t want to do that,’ the Vogue model added.

Though she didn’t throw her party, Klum still got in the Halloween spirit by starring in a short horror video with her kids. 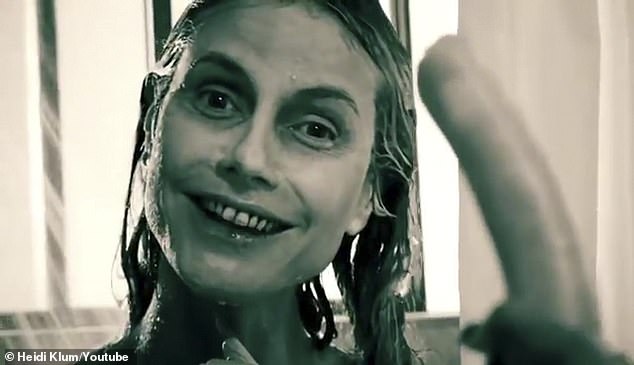 Still in the holiday spirit: While she didn’t get to throw her huge Halloween bash, the actress still got in the Halloween spirit by making a spooky short film with her kids 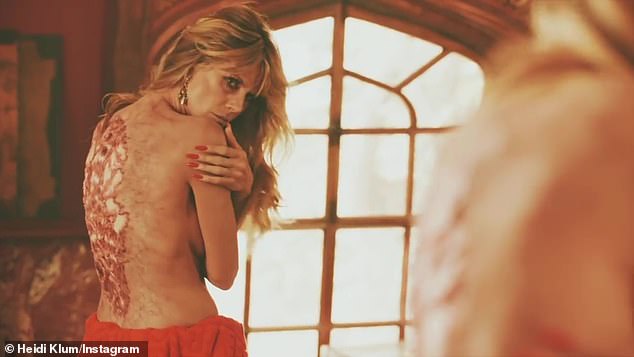 Full of references: The short film parodied a number of classic horror films including Night of the Living Dead and Psycho

The supermodel showed off a grisly new side and some impressive gore effects in the humorous short film, which featured references to classic horror films like Night Of The Living Dead, Psycho and The Exorcist.

The film, titled Heidi Does Halloween II: Klum’s Day, opens with a hilarious reprise of last year’s short showing her stuck in the bathroom without any toilet paper when her ‘demonically possessed’ children arrived to devour her.

She rises from the grave at the beginning of the video and then spends her time working through rigor mortis while brushing her hair and applying makeup and cutting her finger clean off while she’s chopping carrots.

The short is full of incredible prosthetic work including one part where the audience sees a close up of the stars empty eye socket. 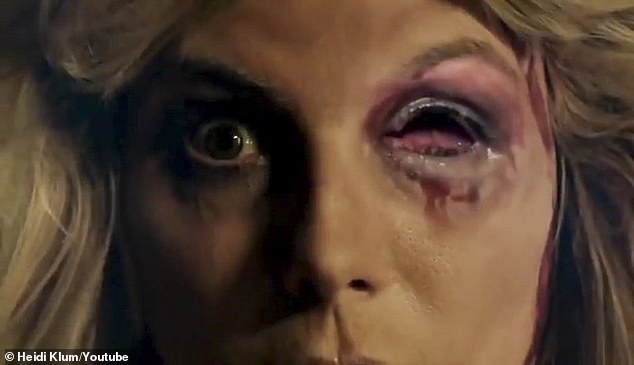 Impressive production value: The short is full of incredible prosthetic work including one part where the audience sees a close up of the stars empty eye socket 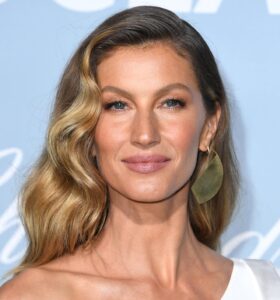 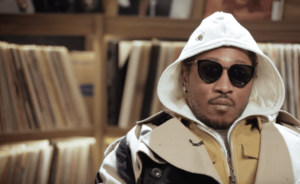