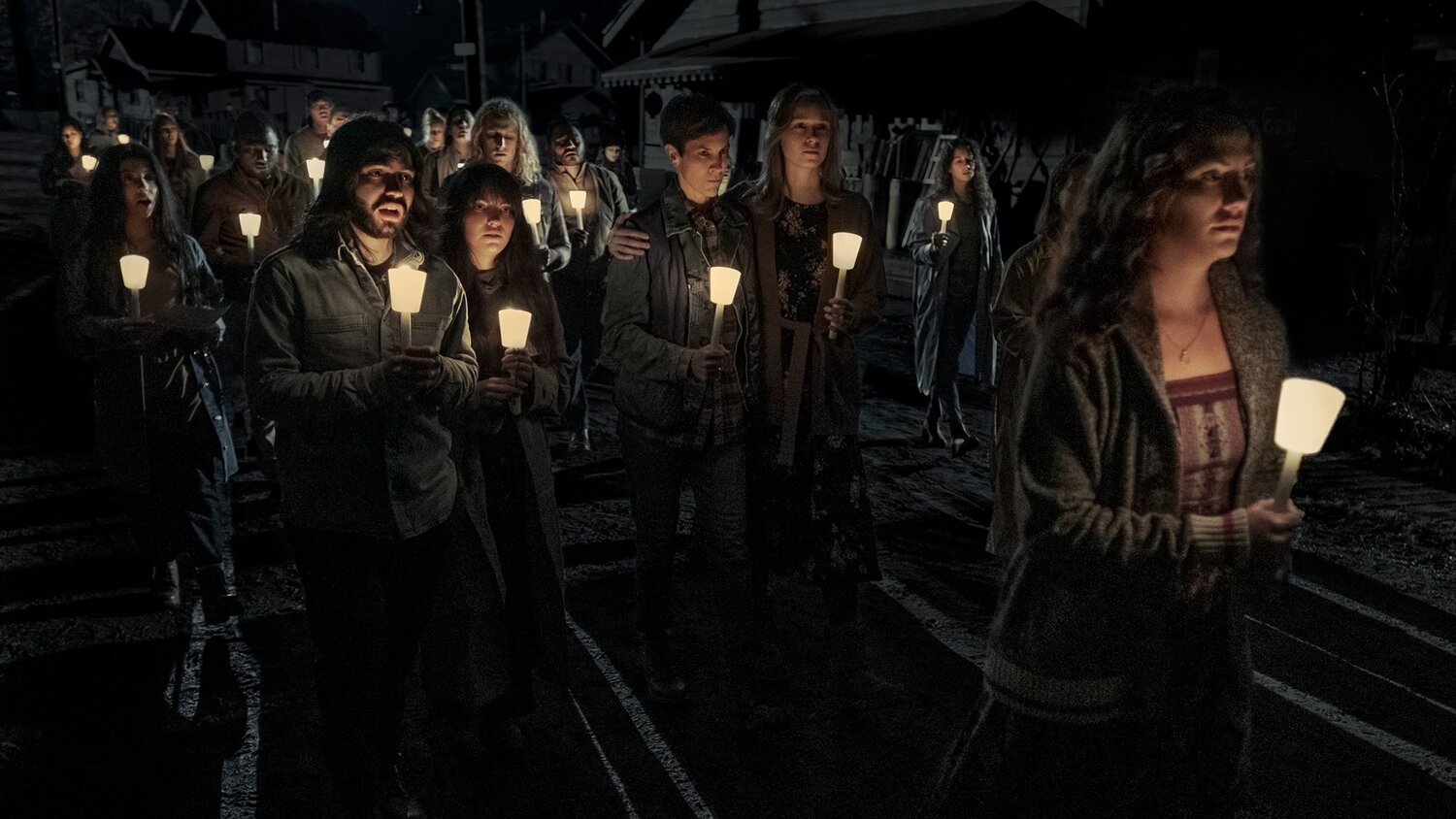 “Open your minds! Open your hearts!” And don’t be afraid to watch this new trailer for Mike Flanagan’s upcoming horror series Midnight Mass. The horror series is coming to Netflix, and damn, it looks like it tells a dark, haunting, and awesomely sinister story! This is a great trailer, and it definitely did the job of getting me pumped up to watch this show!

The series is set on Crockett Island, an isolated island community that experiences miraculous events and frightening omens following the arrival of a charismatic, mysterious young priest.

Midnight Mass “tells the tale of a small, isolated island community whose existing divisions are amplified by the return of a disgraced young man (Zach Gilford) and the arrival of a charismatic priest (Hamish Linklater). When Father Paul’s appearance on Crockett Island coincides with unexplained and seemingly miraculous events, a renewed religious fervor takes hold of the community – but do these miracles come at a price?”

Flanagan has said that that Midnight Mass is his “favorite project so far.” We will be treated with a new trailer next week, so stay tuned for that!