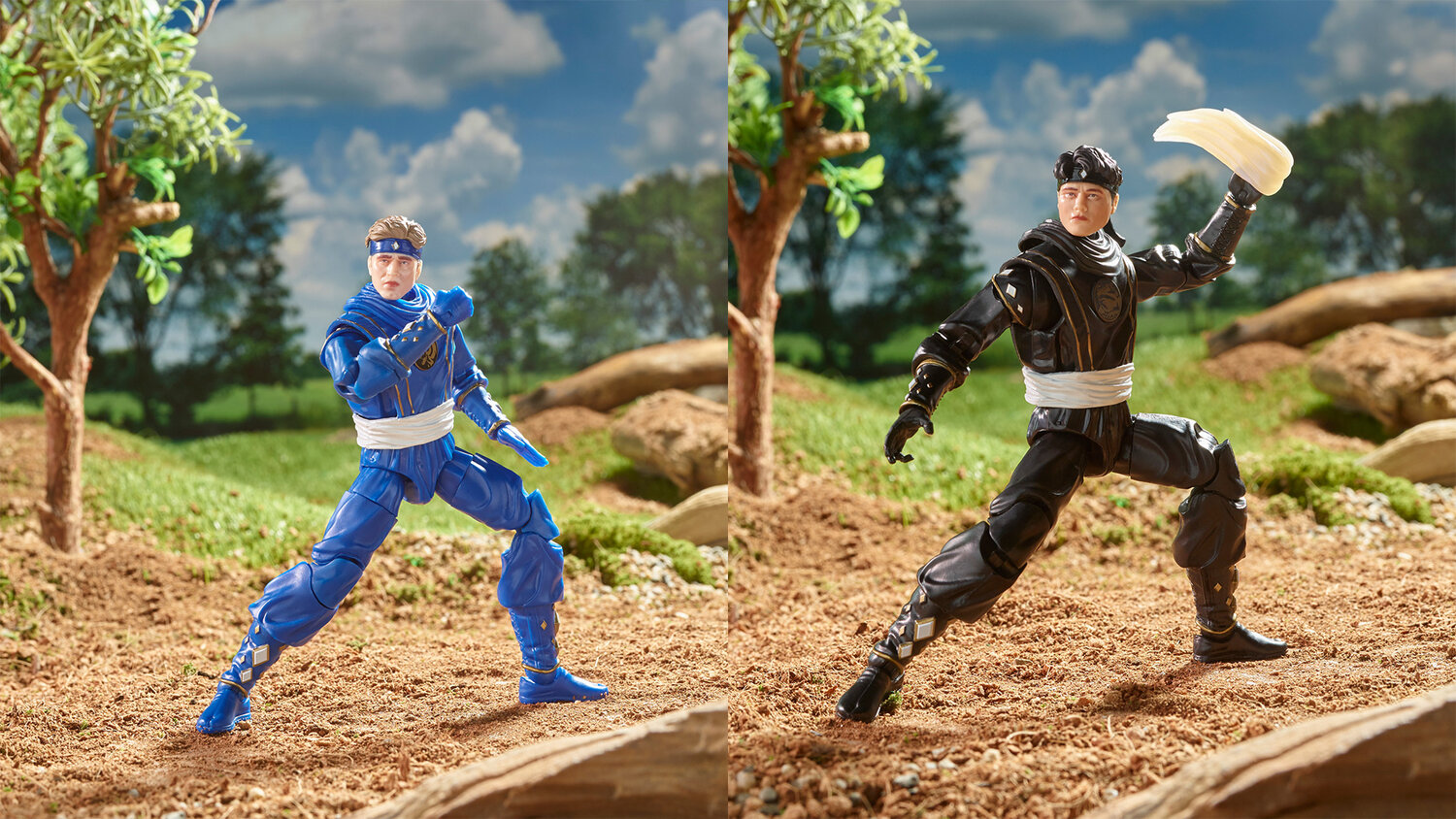 Hasbro has found yet another way to milk Mighty Morphin Power Rangers for all its worth. The latest reveals during Power Month for Power Rangers fans are two Ninja figures in the Lightning Collection.

Fans will be able to get Ninja Black (Adam Park) and Ninja Blue (Billy Cranston) in January. I’ve always loved the look of these Ninja outfits since we first got to see them in Mighty Morphin Power Rangers: The Movie. These figures are really cool because they represent both the third season of MMPR and MMPR: The Movie, especially since each one comes with 3 head figures at different levels of being masked.

I’m a little surprised they didn’t just take a cue from the recent reveal of Ninja Tommy for the TMNT crossover figures and have the mask able to be removed instead of needing separate sculpts. You can pre-order Ninja Black and Ninja Blue now from Target with an MSRP of $26.49.