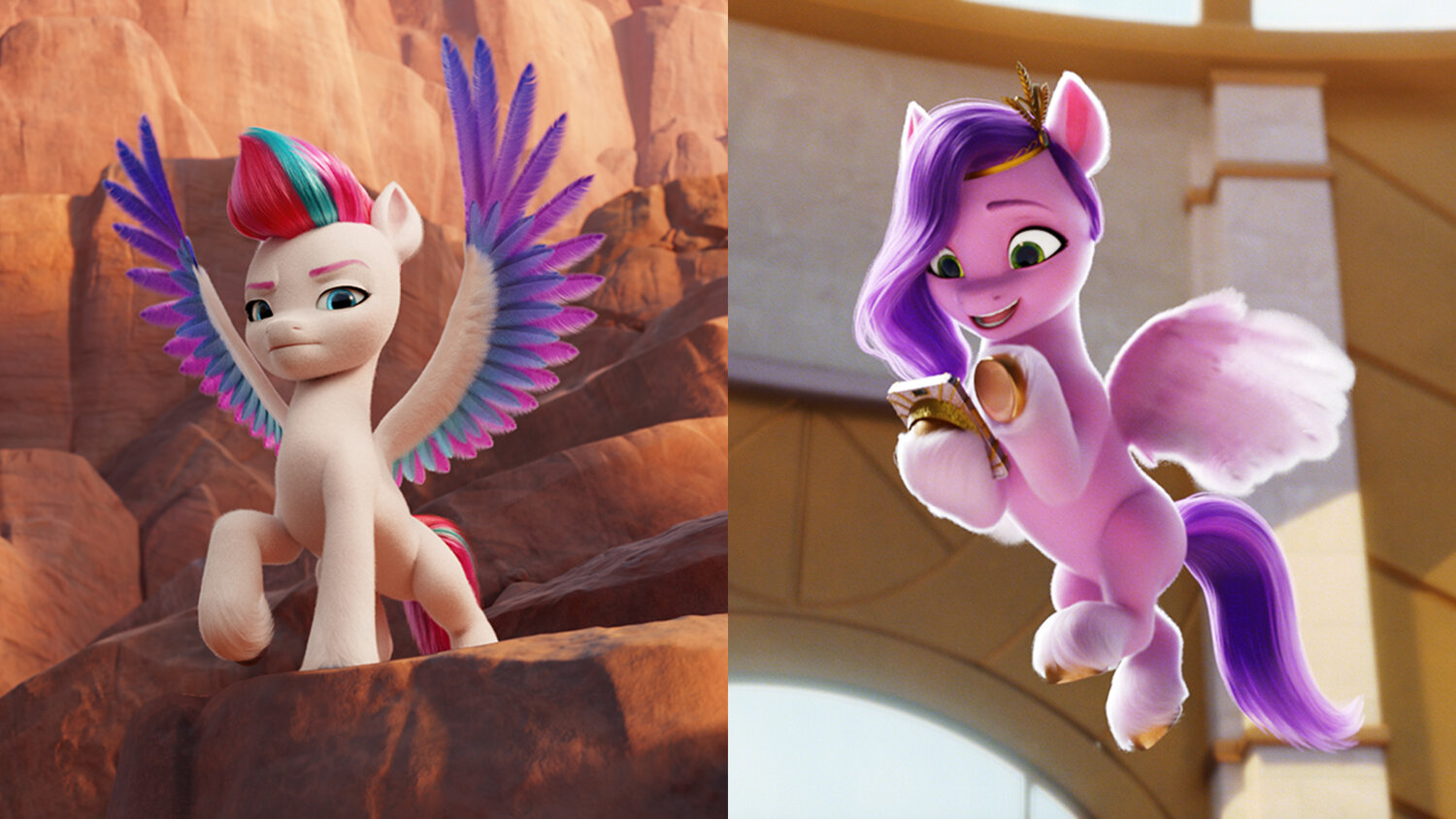 This fall, fans of My Little Pony will be enjoying a new film on Netflix called My Little Pony G5. Previously announced ponies featured in the film include Hitch Trailblazer, Sunny Starscout, and Izzy Moonbow with Hasbro announcing on National Siblings Day this past weekend that Pipp Petals and Zipp Storm will also be featured and the two ponies are royal Pegasi sisters. Is it just me, or does Zipp look like Pink?

In the new movie, the pony world of Equestria has lost its magic. (GASP!) Friendship and Harmony have been replaced by paranoia and mistrust, and Ponies now live separated by species. Sunny – a feisty and idealistic young Earth Pony – is convinced there’s still hope for this divided world… but her slightly misguided and often hilarious efforts to change hearts and minds have led to her being branded a misfit. When Sunny befriends a lost Unicorn named Izzy, who wanders innocently into the Earth Pony town of Maretime Bay, the town has had enough. Izzy and Sunny must embark on an epic adventure that will include a daring jewel heist, outrageous conspiracy theories, elaborate musical numbers, and the world’s cutest flying Pomeranian. Their adventures will take them to faraway lands and force them to challenge the status quo by facing their fears and making new friends out of old enemies. The world Sunny has dreamed of her entire life could finally become a reality as Sunny and her newfound friends fight to prove that even LITTLE ponies can make a BIG difference.

My Little Pony G5 does not have a release date yet other than the very generic “Fall 2021.” When it does release though, fans will be able to stream it via Netflix. The film is being directed by Rob Cullen and Jose Ucha with Mark Fattibene as co-director.