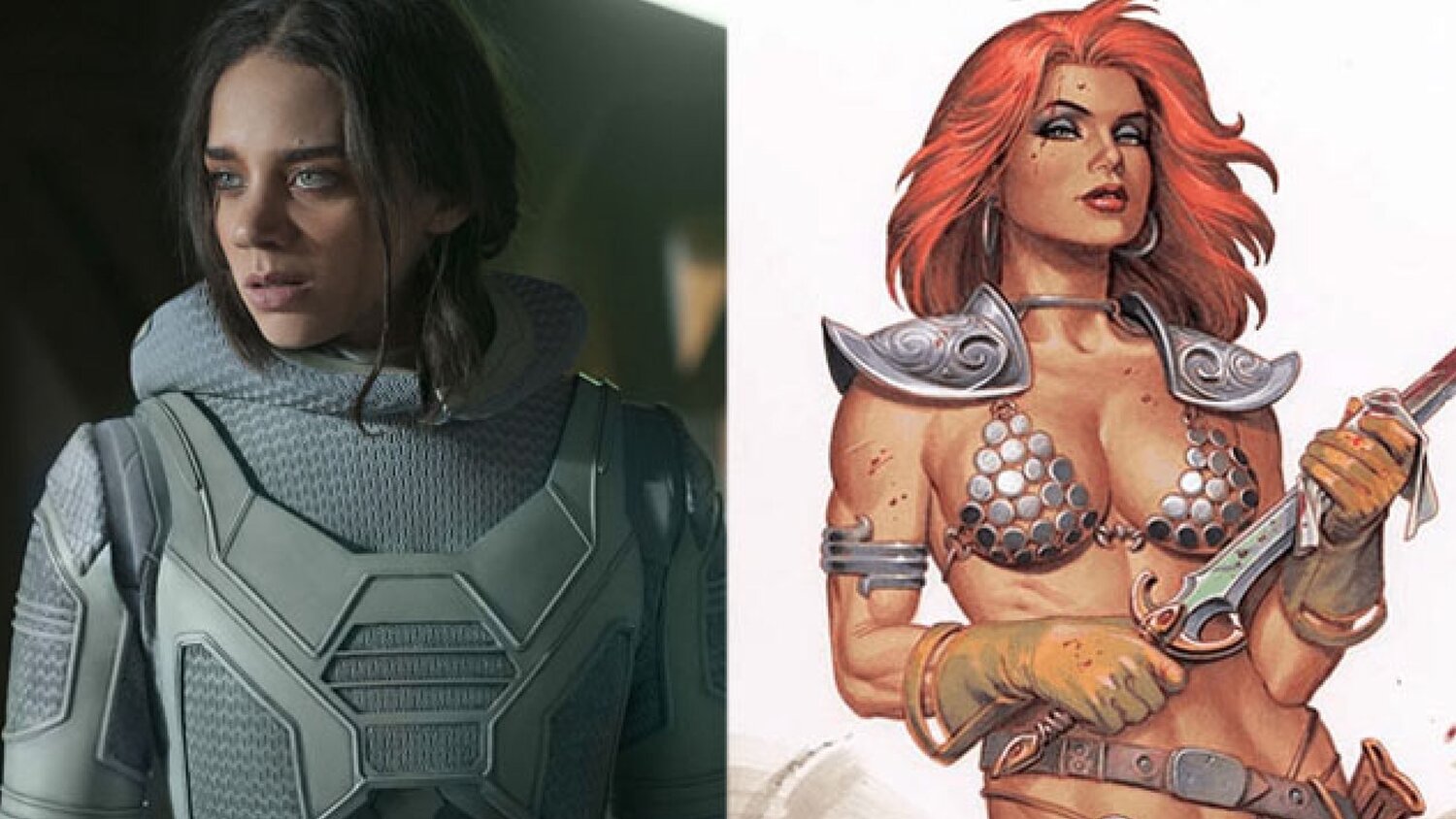 Red Sonja has been in development at Millennium Films for several years. The latest version of the project is being made by director Joey Soloway and several months ago it was reported that Hannah John-Kamen (Ant-Man and The Wasp, Ready Player One) was set to star as the badass warrior.

There’s not a lot of information on the movie to share and there really aren’t many updates on it. But, in a recent interview with THR, John-Kamen confirmed that the movie is still in the works. When asked if she’s still attached to star in Red Sonja, John-Kamen replied with a “Yes!”

So, it’s good to know that the project is still moving forward. When previously talking about the movie, the writer and director compared her take on it to some other significant films in the comic book movie world:

“I can really have so much fun with Red Sonja. I see her a little bit more like the first kind of bad girl superhero. Sort of like the Batman of The Dark Knight or Deadpool, you know? The world is changing so much right now for superheroes, that I just really look forward to not only going to the edge of what I’ve ever written and directed before, but to the edge of the genre as well.”

Soloway went on to talk about her excitement about taking on the project and what she is hoping to accomplish with it and why it was natural for her to take the project:

“I can’t wait. I’m super excited. I get to write it as well, which is really a dream come true. I know it feels different when you compare it to Transparent, but for me, it feels just really very much like it’s coming from the same place.

“I’ve always talked about myself as doing work that attempts to heal the divided feminine in our culture, the idea that women get kind of chopped up into wife or other woman or good girl, bad girl or Charlie’s Angels or all the women on Sex in the City, and that this idea of the divided feminine means that women get like a small slice to be. All my work is really about humans searching for some divine feminine, asking these questions about God and looking for meaning. So, for me to transfer that into the world of Red Sonja felt incredibly natural, because Red Sonja is a very different kind of superhero. She’s not really typical.”

I don’t know when this movie is coming, but when it is released I hope that it turns out good. I’m a big fan of the character Red Sonja.