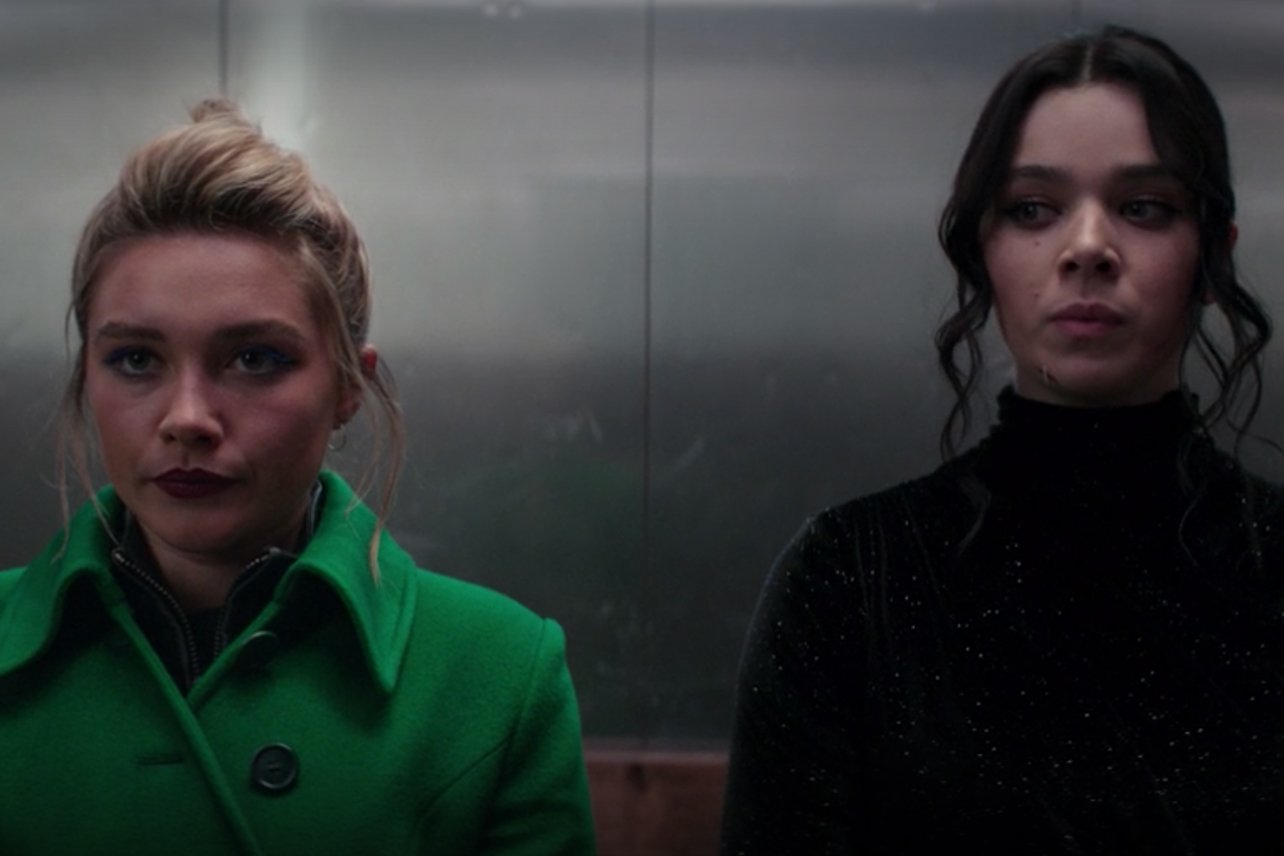 Hawkeye has come to an end on Disney+, and it was such a fun ride! It was great to see Clint Barton (Jeremy Renner) team up with Kate Bishop (Hailee Steinfeld), and take on some major bad guys. One of the more delightful surprises in the series was the return of Florence Pugh’s Yelena Belova, and her quick bond with Bishop. Their chemistry made their scenes together so much fun, and Steinfeld agrees with the fans whose favorite scenes involve the pair.

In a recent interview with ET, Steinfeld was asked what her favorite scene was to film in Hawkeye. The actress answered with a two-way tie, starting with the car chase:

“The car chase in episode 3… with Jeremy and myself, we had the absolute time of our lives,” the actress raved. “I had a moment where we shot the first take and I literally just was like, ‘Yeah, this is absolutely why I did this. This is being part of the MCU.'”

She went on to add:

“It was just so amazing, because this show is so beautifully balanced with these grounded characters and these very human emotional conversations, and of course, in the perfect MCU fashion, the car chases and the wild stunts and fight sequences,” she added. “That was one of the first moments I had where I felt like, I had been in this very character-driven world, and then we were thrown in the middle of this car chase, and it was just the most epic thing.”

She then talked about her favorite scene between her and Pugh, calling it their “little girls’ night in over some mac and cheese and hot sauce.”

“That was some of the most fun I’ve had working and Florence is incredible in that scene,” she marveled. “That was really special, and fun to play through.”

As for where she thinks Kate Bishop is headed after this series, Steinfeld said:

“She, I think, is forced into the reality of what it means to be a superhero. It’s not all jumping from buildings and making people smile. There’s, as she says, collateral damage that that can go along with it. But that doesn’t stop her. I think it throws her and it alters her outlook, but it doesn’t stop this burning fire within her to ultimately help people and protect people. She knows she’s capable of that. And I think that that alone can take us anywhere.”

I can’t wait to see what the future holds for Kate Bishop. Whether we see her appear in another season of Hawkeye, or some other Marvel project, we can be sure that we haven’t seen the last of this badass.