Almost eight years after its initial release, Grand Theft Auto V will be released in the third consecutive console generation when it hits the PlayStation 5 and Xbox Series X/S this November. The standalone version of GTA Online is also coming to the new generation consoles, with a lot of special bonus for PlayStation players. More intriguing, though, is Rockstar’s promise that “surprises” related to Grand Theft Auto III’s 20th anniversary will be revealed later this year.

In a new press release, Rockstar says that “The new generation versions of GTA V will feature a range of technical improvements, visual upgrades and performance enhancements to take full advantage of the latest hardware, making the game more beautiful and more responsive than ever.” Even if improvements in sound and image were already expected, the press release also teases “new features” both for GTA V and GTA Online, although no further information was given regarding the supposed changes to the gameplay.

The press release also confirms GTA Online will remain free for PlayStation 5 players for three months after it releases in November. PlayStation Plus users on PlayStation 4 can also profit from GTA’s $1,000,000 every month until GTA Online comes to PS5. So far, no pricing has been revealed for the Xbox version, giving PS players a clear advantage with the latest re-release.

Even if it was already known that GTA V and GTA Online would receive a new generation upgrade, the press release promises “even more fun surprises” coming for Grand Theft Auto III’s anniversary. Rumors for a remaster or remake of GTA 3 have been circling for a while, but so far no official confirmation was given by Rockstar. However, this would be the safest bet, since it would allow players to profit from one of their favorite entries in the GTA franchise with all the processing power of the new consoles.

GTA V has sold more than 140 million copies since it launched on the Xbox 360 and PS3, back in 2013. The multiple re-releases of the game, first on PC and later on the PS4 and Xbox One, helped to raise this impressive number, which should grow even more after the game hits both the PS5 Xbox Series X/S on November 11, together with the standalone version of GTA Online. Since we still don’t know when Rockstar intends to launch Grand Theft Auto VI, this is the perfect opportunity to revisit one of the best games of the franchise, in all the glory 4K can offer.

The show is set to air on Fox later this year. 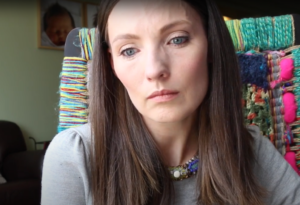