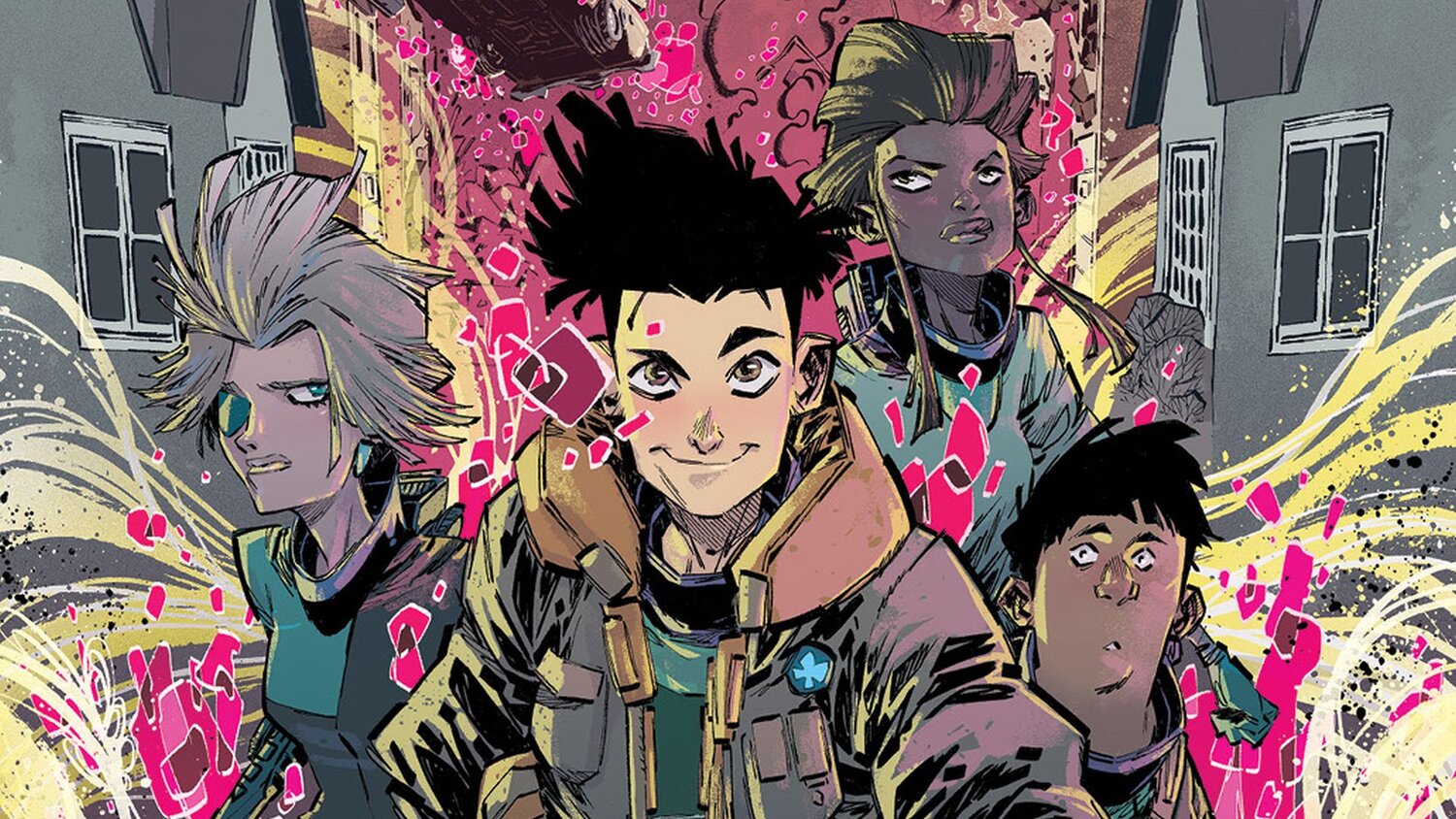 This week marks the launch of a new comic series from BOOM! Studios called Good Luck. The comic is written by Matthew Erman with art by Stefano Simeone and letters by Mike Fiorentino. The basic premise is that the world has quantifiable luck and a group of teens with no luck must venture into the unknown to save humanity. BOOM! Studios provided me with a copy of the first issue to read, but you can grab your own copy from local comic shops, comiXology (affiliate link), or wherever you buy comics.

What if Luck was quantifiable, and something everyone was born with? Everyone, except the Unfortunates – teenagers born with absolutely zero Luck. Now, with the world mysteriously plunged into chaos and reality itself threatened, the Unfortunates are our only hope to save the world. When humanity’s last hope is a group of teens with no chance of success, the only thing anyone can do is wish them GOOD LUCK!

Good Luck mostly follows Artemis who is extremely optimistic which is in contrast to the fact that he has no good luck and therefore everything goes wrong for him. We also meet the other Unfortunates during a training exercise and it’s kind of hard to root for some of them. Hilde is just terrible. I’m sure there’s more to her and all of these characters, but for now, I hate her. I will say that while the art does look cool, it can be hard to keep track of the characters when they’re in their Kismet Suits which is a little annoying in the bigger scenes.

The series has an okay start, but there’s so little the characters know it seems and that means that the reader knows very little and I know that can be divisive. On the one hand, it feeds a mystery element and keeps you guessing, while on the other hand it sometimes feels like the reader isn’t given enough to care. It’s a delicate balance but I’m not sure if Erman quite nailed it here. He does give us a very good tease for the future though in the last page.

Overall, Good Luck is a series that I think has some potential. It even has a lot of parallels with our own world that will both help and hurt it. Those with money/luck, sending those without to do their dirty work and save the world. Sound familiar? It’s a little on the nose, but extremely topical right now. If you’re into stories that are about low-class people being awesome, this will probably be really awesome for you to read.