Real Housewives of Beverly Hills has shut down production after cast members Garcelle Beauvais, Erika Jayne (aka Erika Girardi) and Lisa Rinna tested positive for COVID-19, according to multiple reports.

“All the ladies are vaccinated,” a source close to production told People. “They’re fine and will be fine because of it.”

Meanwhile, TMZ reported that the positive tests — one of which also came from a crew member — were obtained late last week.

Beauvais had revealed her status Monday morning in a video.

“I found out that I tested positive for COVID,” she said. “I feel OK. I’m sure I will continue to feel OK. My boys are being tested. So far they’ve tested negative, and we’re going to continue testing them. Send movie or TV recommendations, because I will be quarantining for the next few days.”

She then explained that it would probably be 10 days, during which she would be sad to miss filming episodes of The Real, the talk show she co-hosts each weekday with Adrienne Houghton, Loni Love and Jeannie Mai Jenkins.

“This stuff is crazy. Be careful out there. Be safe. And also, who knows? I may show up on Girl Chat via Zoom on The Real. I’m gonna miss the girls.”

Beauvais, Rinna and Jayne were part of the RHOBH contingent at the People’s Choice Awards on Dec. 13 in Santa Monica, Calif., which they attended alongside fellow cast members Dorit Kemsley, Crystal Kung Minkoff and Sutton Stracke. The show was nominated in the category of The Reality Show of 2021, although it lost to the final season of Keeping Up With the Kardashians. Rinna was also nominated for The Reality Star of 2021, a prize that went to Khloé Kardashian.

Yahoo Entertainment has reached out to Bravo and to reps for Rinna and Jayne. 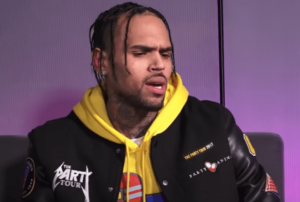 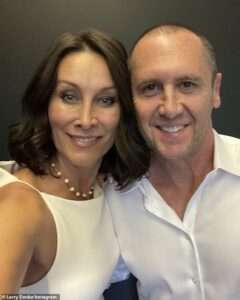