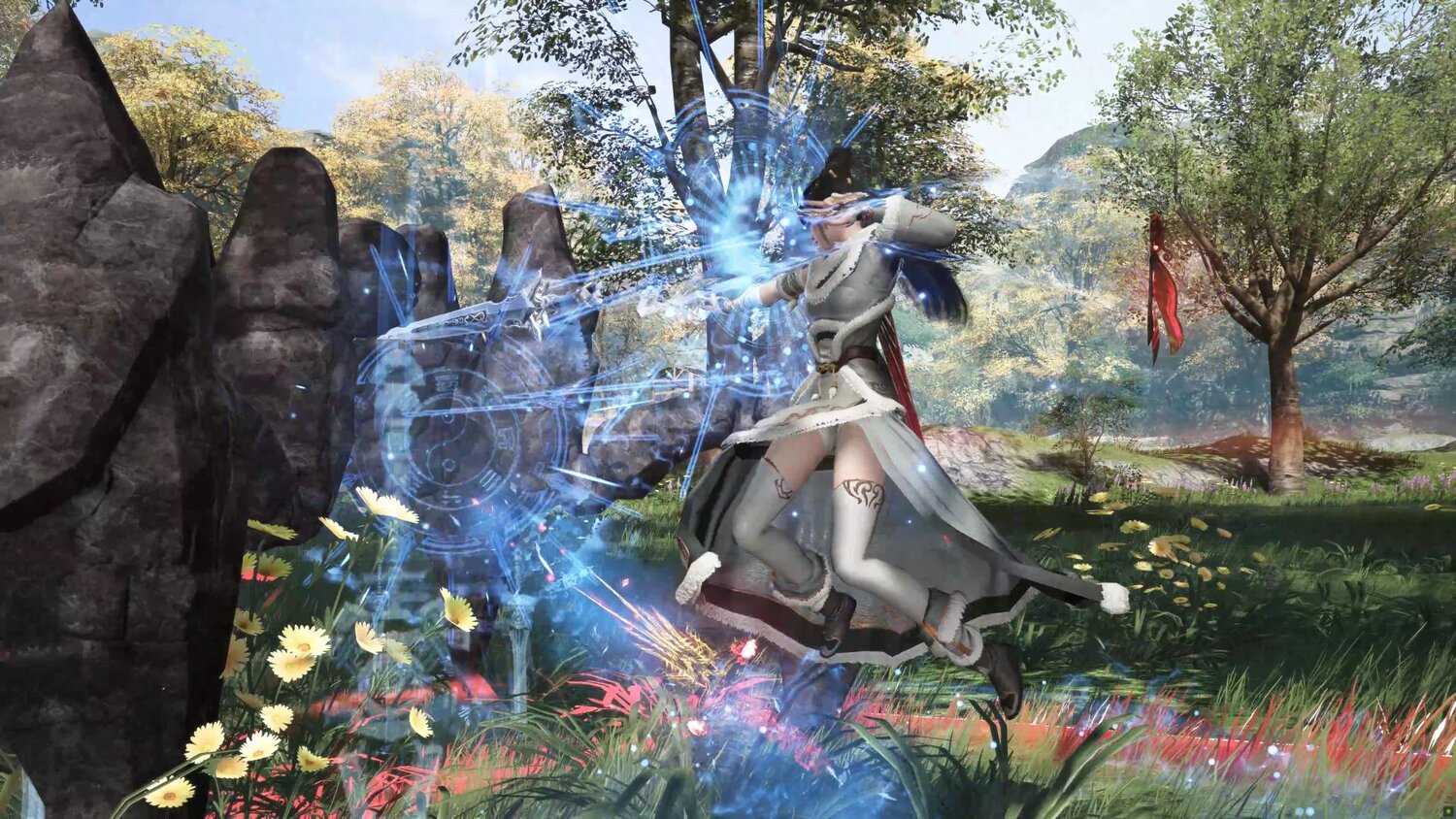 Publisher Gameforge recently announced that they’ve partnered with developers Wangyuan Shengtang and Aurogon to bring the latest entry in the Gujian RPG series to a Western audience. Swords of Legends Online will be the pioneering entry and is an MMORPG based on popular Chinese legends. In the game, players will create characters that belong to one of six classes (Reaper, Summoner, Bard, Spellsword, Berserker, and Spearmaster) and go on a mission to defeat the darkness.

Swords of Legends Online explores an eons-long clash between the forces of light and darkness. Only those chosen by the spirit of the legendary sword buried deep within themselves may unlock the powers necessary to banish the fog of evil, death, and destruction that threatens to consume this tempestuous world. Players will become absorbed in the deep, vivid visuals and narrative as they hone their combat skills, form alliances, and defeat the fearsome enemies and bosses that spawn throughout the dangerous dungeons and world maps, enemy factions, and even the gods themselves.

Jason Xue of Wangyuan Shengtang is very excited for more people to play the game:

The overwhelmingly positive reception the game has received in China has filled us with excitement; it is a testament to the hard work and dedication of the development team. We are happy to have finally found a partner who specializes in bringing MMORPGs to Western audiences, and we are eager to welcome those audiences into the world of Swords of Legends Online.

When I first encountered Swords of Legends Online, I couldn’t help but fall in love with the dazzling and unique visuals, captivating story, and compelling gameplay. I knew that we had to immediately bring this enthralling title to a broader community of players in other regions.

Players will be able to play Swords of Legends Online later this year on PC via the Gameforge client, Epic Games, and Steam. You can even pre-purchase it now starting at $39.99. Check out the trailer below and let us know if you’re excited to play the new MMO.