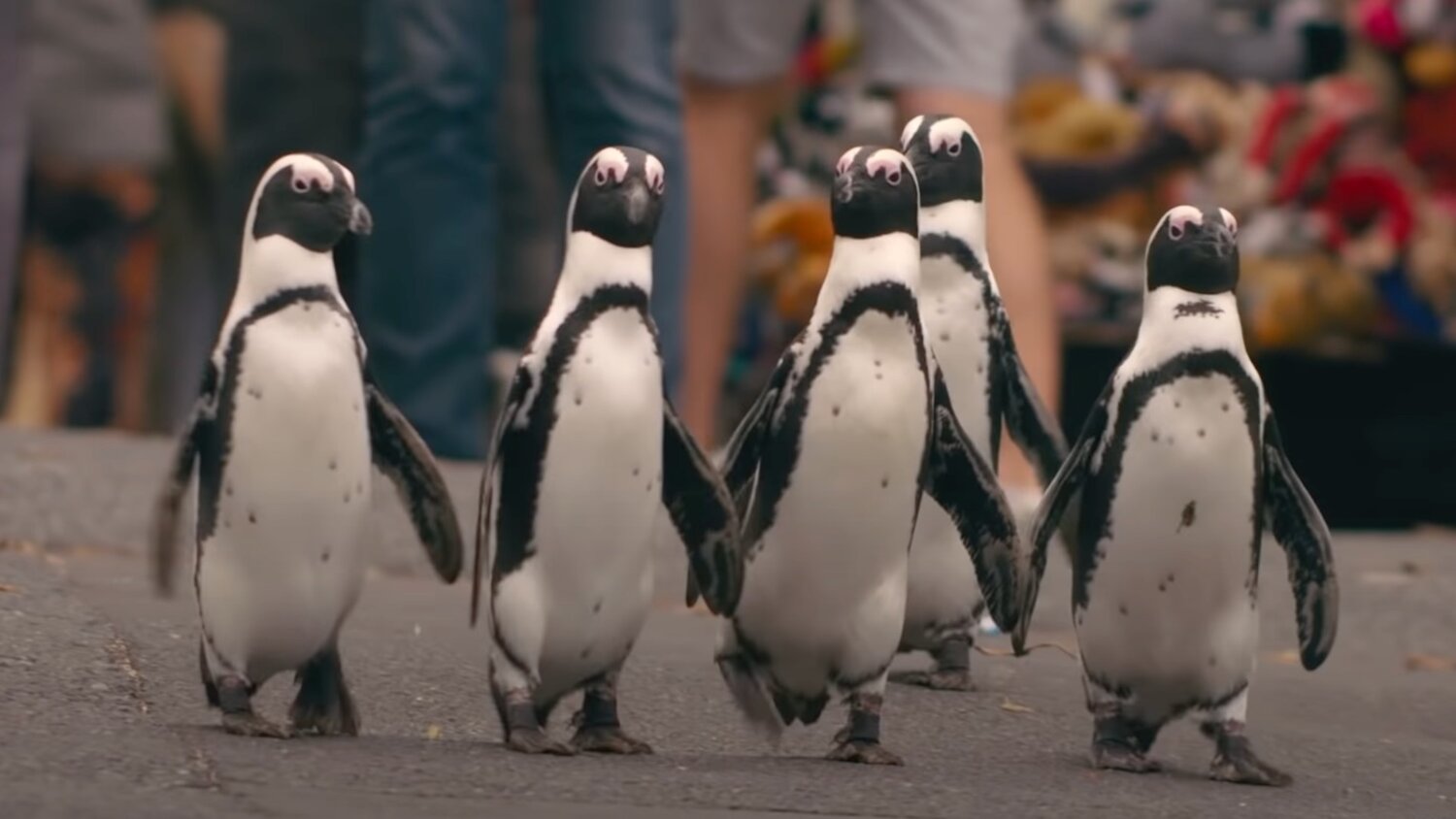 I’ve got a trailer for a documentary series here for all you penguin lovers titled Penguin Town. There are a lot of penguin docs out there, but this one has a very different and unique spin as it focuses on a horde of endangered African penguins as they take over Simon’s Town South Africa, where they have free reign to do whatever they want.

Patton Oswalt narrates the documentary series and this is the synopsis:

You’ve never met penguins like these before. Forget ice and snow, this rowdy colony of African penguins are hitting the sun-drenched beaches and breaking all the rules. Every summer, these tuxedoed birds vie for prime real estate on the sandy shores of Simon’s Town, south of Cape Town, and stir things up. While humans apply sun block and wax their surfboards, these endangered little guys, who have adapted to heat and can travel long distances, are causing traffic jams in the streets and bringing mayhem to this tropical paradise. Their mission: find a mate, make babies and not go extinct! Filled with boisterous shenanigans and loads of adorable penguins — from the troublemaking “Car Park Gang” to the sweet and cuddly newlyweds Mr. & Mrs C. — this eight-part series from Red Rock Films about the real lives of African penguins brings flipper-flapping fun and drama. Join the ride … this town is gonna get painted black and white!

When talking about the doc in an interview with Yahoo Entertainment, Oswalt said: “I was just immediately enchanted by the idea of it’s a nature documentary, but it’s more about nature invading urban spaces and how nature still wins out in spite of all of these obstacles. I mean, we’ve all seen March of the Penguins, and you think, ‘Oh my god, that was a grueling ordeal for those penguins. Well, if they’re in a city it’d be so much easier.’ But in a way, it’s even harder in this one, and they still survive, and watching that journey for me was just fascinating. I couldn’t get enough of it, so I really wanted to narrate it.”

Penguin Town debuts on Netflix on June 16, 2021. Enjoy the trailer!