After phenomenal success at UNESCO headquarters in Paris exhibition “The World In Faces” arrives to UN Geneva.

The author personally presented a collection of more than 170 artistic photographs of representatives of different peoples of the world, shot in authentic national costumes in places of residence.

Heiro, the Taimyr Song and Dance Ensemble of the Peoples of the North, an honoured Russian folk-art band, performed during the ceremony.

“In the photographs from the project “The World in Faces” I express my philosophy of life, which has been formed over the years of travel. It was through meetings with representatives of different nationalities, contact with their cultures, that I came to understand that all of them – with an incredible ethnic diversity – are people just like you and me. They are simply trying to artificially divide us by borders and ideologies, ”explains Khimushin.

The exhibition is a great way to tell the world about indigenous peoples and draw attention to their problems.
Many of the photo portraits displayed at the exhibition were taken with the Nornickel company’s support in Taimyr, home to the Dolgans, Enets, Nenets, Evenks and Nganasans.

Nornickel regularly participates in projects intended to foster economic and social development of Taimy’s indigenous communities. In 2020, Nornickel signed a cooperation agreement with organisations representing the interests of the indigenous communities of the North inhabiting the Taimyr Peninsula. Together with them, and based on proposals from the chiefs of indigenous communities, a comprehensive plan for the development of the peoples was developed for a total of RUB 2 bn. The plan is designed for five years. The programme will run until 2024 and includes support for traditional activities, protection of the indigenous habitat, and financing of new homes, hospitals, museums etc.

“Nornickel has always interacted with the indigenous peoples of the Russian North in an atmosphere of friendship and mutual assistance. This year, the company’s relations with the indigenous peoples reached a new level. Based on the UN principles and objectives of sustainable development, we study, with the involvement of leading international experts and the scientific community, the socio-cultural specifics of indigenous life in Taimyr, and the traditions and historical memory of the peoples living in the region. This helps us make our support to indigenous peoples more targeted and effective. Cultural projects and support of traditional folklore and handicrafts are one of the most important components of our projects”, said Mikhail Kuznetsov, Nornickel’s Director of Federal and Regional Programmes.

The people in Khimushin’s portraits managed to preserve their originality, traditions and former way of life. But it is more and more difficult for them to do this – small peoples are rapidly approaching complete extinction, the languages and traditions of their ancestors are forgotten. “The world in Faces” reminds how important it is not to let them disappear without a trace.

Khimushin became the first Russian photographer to have an exhibition at the UN headquarters in New York. Works from The World in Faces project were exhibited at the University of Lille in France, and for six months were broadcast on the screen of the world’s largest digital art center in Bordeaux.

The photo exhibition will run until December 10, 2021. 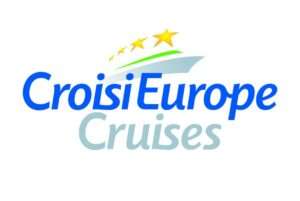 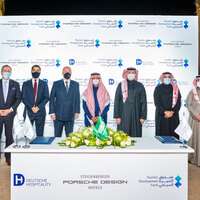