Friends nostalgia is in full swing amid the HBO Max reunion, but there’s one issue creators are still having to address: the show’s lack of diversity.

Marta Kauffman and David Crane, who created the series, and executive producer Kevin Bright, had slightly different views on the topic when speaking with The Hollywood Reporter. When asked if they would have done anything differently in terms of casting, Bright said, “No.”

“I don’t have any regrets other than hindsight. I would have been insane not to hire those six actors,” Bright replied, referring to stars Jennifer Aniston, Courteney Cox, Lisa Kudrow, Matt LeBlanc, Matthew Perry and David Schwimmer.

“What can I say? I wish Lisa was Black? I’ve loved this cast,” the director continued. “I loved the show and I loved the experience. I know Marta has a different feeling about it. I think it affects us all.”

Kauffman has expressed remorse for not doing more to promote diversity on Friends, which ran from 1994 to 2004.

“There are probably a hundred things I would have done differently. I’ve talked about it in the past and I do have very strong feelings about my participation in a system, but it comes down to I didn’t know what I didn’t know,” she told THR.

If the show were made today, it would look a lot different.

“We would be so aware. It would be integral to the chemistry and the conversation that these guys would be having. Do they get together as much as they do on the show, or is this more of a social media back and forth?” Bright added. “So much would change, but to get them to behave realistically within this time, there would be a lot that would change about them. And the racial makeup of them would change because of that. If we did Friends today, no, I don’t imagine they would probably end up being an all-white cast.”

Crane previously acknowledged to Yahoo Entertainment diversity was not prioritized on network shows back then.

“I think you have to look at it through the lens of when we started. If you look at Seinfeld, Mad About You and Frasier, no one was prioritizing that. Should they have? Probably,” he admitted. “It’s something that, in a contemporary way, you’re aware of. I think if you were approaching the show today, you would certainly approach it differently. But on the other hand, these were absolutely the six people who felt perfect for these parts, so it’s hard to get into a time machine and imagine it differently.” 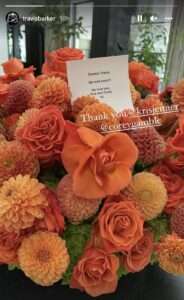