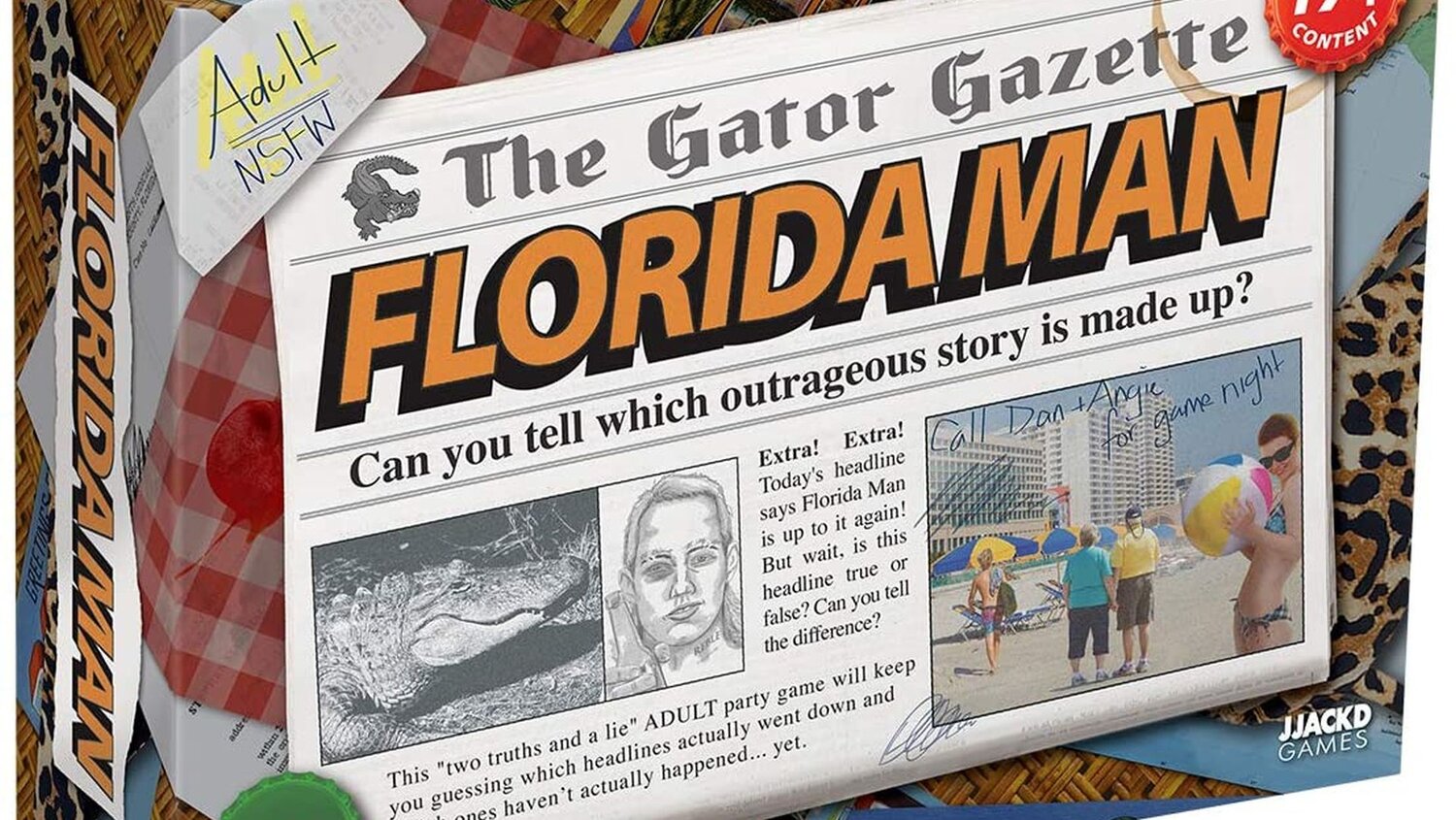 UltraPRO and JJACKD Games recently released a new adult party game called Florida Man. The point of the game is to be able to spot the fake headline. That doesn’t sound too bad, but when all the headlines are about people in Florida, reality seems to be a little unsure. UltraPRO was kind enough to provide me with a copy of the game to review and it’s been a trip.

The gameplay for Florida Man is simple. Everyone picks their pawn (a wacky shirt in this case) and starts at the panhandle. Then, one person reads a card with three headlines, 2 real and 1 false. Everyone votes with their colored chips and then all those that guess the fake headline get to move forward. It’s a party game, so this is perfect. It’s extremely simple and easy allowing you to just jump into the insanity that is the headlines.

How are the headlines? They’re insane. Some of them seem really mild while others are absolute chaos. It really provides a lot of laughs. There is mature content that you’ll want to be aware of, but none of it is X-rated. These are news headlines after all. I have no idea how the team found 200-cards worth of headlines and I don’t know how they invented the fake ones. However, some of them are absolutely genius based on the real ones they’re paired with. I pulled it out with some family and we had a lot of good laughs, but I will warn you that it can make you worry for humanity at times.

The pieces are a good quality as well. My only complaint is that the insert could’ve been tailored for the game pieces instead of just having a big empty space for everything. I really like organized inserts.

Florida Man knows exactly what it is and doesn’t try to be anything else. It’s good for some laughs, just don’t play it too often or you might remember answers.