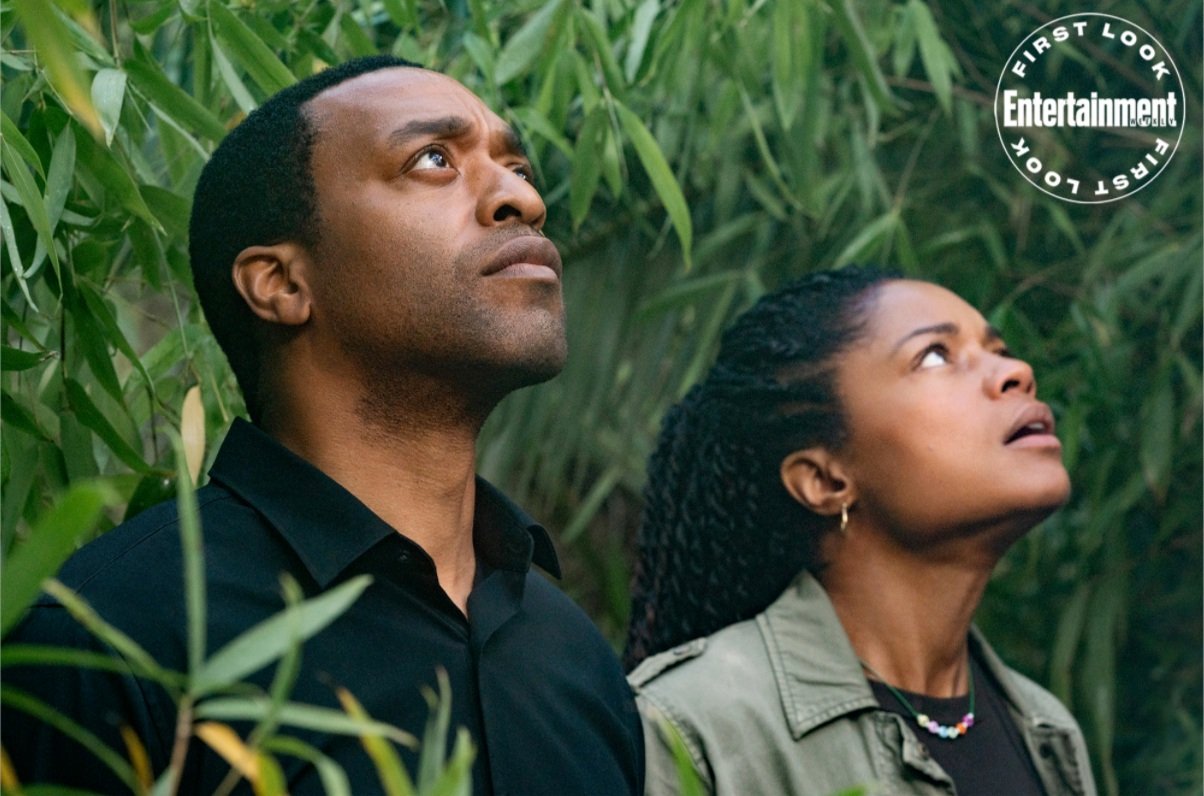 A first look photo has been released from the upcoming TV series adaptation of The Man Who Fell To Earth, an updated version of the story first told in the 1976 film starring David Bowie, in which an alien must pose as a human in order to save his dying planet. This new retelling stars Chiwetel Ejiofor (12 Years a Slave, The Old Guard) and Naomie Harris (Moonlight, No Time to Die), and while some may say that no one can recapture the magic of Bowie’s stardom, the series creators say they aren’t trying to.

In a recent interview with EW, Alex Kurtzman, who serves as co-showrunner on the new series with Jenny Lumet and John Hlavin, explained:

“You can’t think of the film without thinking of David Bowie. And it was a radically daunting prospect to stand in his shadow. His legacy is very meaningful to people, and that was not something to play around with lightly. The hubris of even choosing to do that could take you down.”

“You cannot chase, you cannot replicate the magic of David Bowie. You can’t hope to.”

Once he lands on Earth, Ejiofor’s otherworldly visitor sets out in search of a particular human scientist, played by Naomie Harris. Kurtzman teased:

“He arrives on our planet looking specifically for her. She has such extraordinary ability inside of her, but is afraid to engage with the part of herself that can make the world better.”

The report goes on to state that both Kurtzman and Lumet are vague about what happens from there, but will tease that it doesn’t follow the dispiriting road of the book and movie. The writers began work on the series by pondering some timely questions (“How did we get to this moment?” “Why are we so fundamentally disconnected from each other?”), which they say led them to a more optimistic vision than that of the source material.

Kurtzman went on to say:

“I believe in human beings, and I wanted to write about human beings pulling it out, stepping up, and making it through. Because we’re pretty cool species. And I believe that if a spaceman came to Earth, he would see all our shenanigans and he would say, ‘Wait a minute, you guys are capable of some really beautiful stuff.'”

It sounds like the creators are making a beautiful new story. The Man Who Fell To Earth Season 1 is set to premiere in 2022. Are you looking forward to this series?