Aliens: Fireteam Elite got overshadowed by Back 4 Blood for a few reasons, one of which was the latter’s launch-day inclusion on Game Pass. And while it is a few months after its release, Aliens: Fireteam Elite is now hitting Game Pass for PC and Xbox on December 14. This day will also bring a new season of content, updates, and DLC partially themed around Ridley Scott’s 1979 film to the co-op shooter. As was the case with the first season, this second season will yield new cosmetics in addition to another mode and feature (however, this season will not have a new class). Point Defense is a defensive mode where players have to “protect, repair, and hold” three points that are under attack from the xenomorphs. There is a shop where players can spend their Fabrication Points on consumables. There are 20 rewards for surviving on various difficulty levels.

Players will also be able to track their stats with the new lifetime stats feature. This includes career stats, performance with each class and weapon, completed difficulties, and best completion time. There will also be over 30 new items that range from weapons, attachments, weapon skins, decals, head accessories, emotes, and Challenge Cards.

RELATED: How Back 4 Blood Is Trying to Build the Biggest Audience Possible While that portion of the season will be free, there will also be premium DLC. The Nostromo Salvage Pack DLC will be available to those with the Deluxe Edition and $9.99 separately and comes with 20 items, skins, weapon colors, decals, head accessories, emotes, and more. The two new skins are modeled after the “space trucker” outfits from the first film.

Cold Iron still has at least two more seasons planned for the game. The third season coming in Q2 2022 will have a new class, another big feature, four new weapons, new perks, Challenge Cards, and cosmetics. The fourth season slated for Q3 2022 is supposed to have another mode, feature, new attachments, cosmetics, and more Challenge Cards. 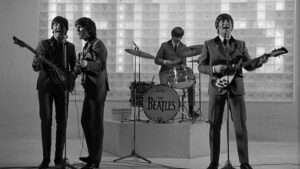