Written by Janiak, Phil Graziadei and Kate Trefry, “1666” gets to the heart of the series by showing the curse that lead to all this chaos, which involves a tragic love story. In 1666, it was about Sarah and a woman named Sam (portrayed here by Deena’s girlfriend, Olivia Scott Welch’s Hannah). This third “Fear Street” uses Deena and Hannah’s relationship from “1994” as a type of shorthand so that we understand the connection between Sarah and Sam, and then fear for them when the rabid townsfolk think they have brought evil. The water supply is poisoned, fruit begins to mold, and unspeakable, effectively disturbing act is done by a pastor; according to the residents, it must be the work of the two women spotted being intimate in the woods the night before. “Fear Street Part Three: 1666” builds to a tense witch-hunt, a return to the boiling misogyny that lead to numerous women being hanged, especially when they made men fearful.

There is indeed a real witch in the mix, but with “Fear Street”’s ideas of challenging norms and shaking up a timeline’s narrative, it’s not like the real witch is the true force of evil. She’s played by Jordana Spiro, who was previously seen as a babysitter in “1994,” and the camp nurse who tried to kill Tommy in “1978,” aware of what he was about to do. Here, she again has too brief of a point to make. But she helps move the story along, introducing the book with the Satanic spells that starts this whole mess when it get into the wrong hands. Sarah was hanged for it and created a curse before she died, but Deena learns more about what really happened, and how to beat the curse. Then WHAM! the “Fear Street” logo reappears, and it’s time for “Fear Street Part Two: 1994.” It feels great to be back, especially with what Deena realizes must be done.

More than the horror action itself, the series has really been driven by plotting that works to connect all of these different pieces, building a mythology with a few set of rules that play throughout (like how the monsters seek Deena’s blood, which the characters use here to clever advantage). It shows just how planned this franchise is, how meticulous; the intricacies come more from the history and the symmetry than the current timeline being presented, which has also made dangerously slow burns of all three movies and their first acts, “1666” in particular. But there’s a special thrill in how shots are recalled, locations are reused, and one generation of Shadysiders acts similarly to another. The effort is rewarding to the viewer, and highlights the franchise’s larger idea about how time is truly a flat circle. 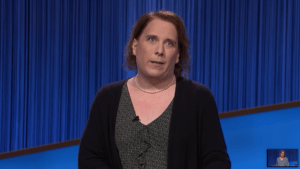 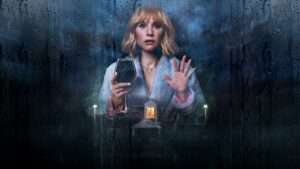 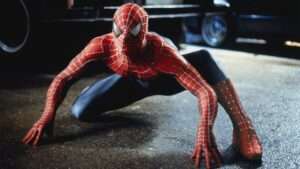