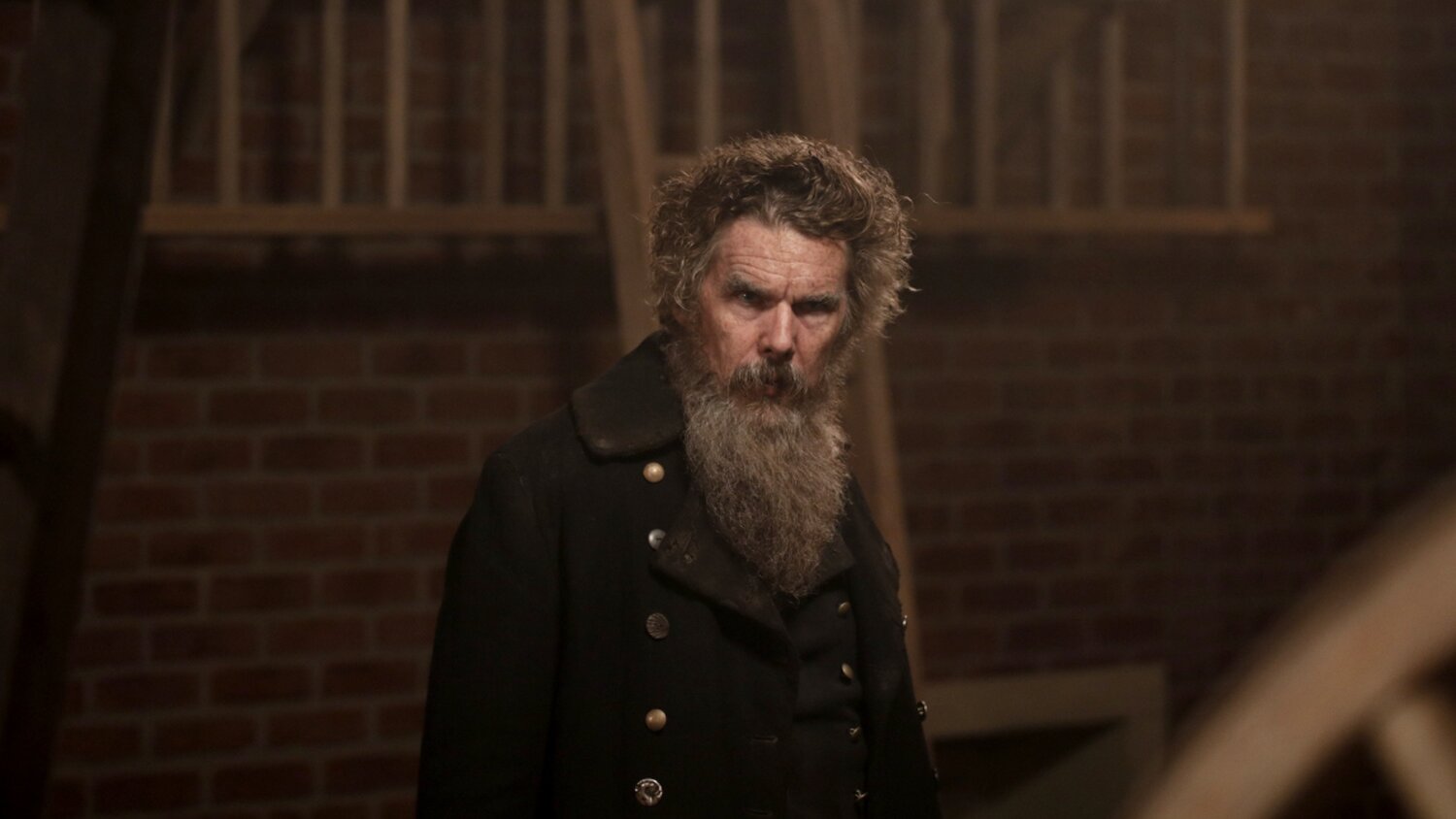 Ethan Hawke is set to star in Marvel’s Moon Knight, and he will be playing the lead villain in the story. While there’s no confirmation of who he’s playing, it’s believed that it will be Bushman, a former mercenary who is Moon Knight’s oldest and most formidable nemesis.

During a recent interview on Late Night with Seth Myers, the actor opened up a bit about the show and shared how he ended up being cast in the series. He credits series star Oscar Isaac, who basically invited him to be in the series after randomly running into him in Brooklyn, New York. He shared:

“Well, I heard about it from Oscar Isaac, who lives like, you know, three blocks down the street from me in Brooklyn. I was at a coffee shop. He came up to me, he’s like, ‘Hey, I really liked The Good Lord Bird.’ I was like ‘Hey, cool, I really like your work. You’re amazing.’ He’s like, ‘Hey, want to be in the Moon Knight with me?’ I was like, yeah. So, it happened the right way, you know?”

When talking about what it was like for him to join a Marvel project, Hawke amusingly said:

“One of the first things that made it unlike anything I’ve ever done before is, I had to sign like 10,000 NDAs about what I would and would not say, which I’ve never done. And I don’t respect and I don’t honor. So, I’m happy to talk to you about it, completely. No, yeah.”

The actor went on to discuss his role in the series and explained that the inspiration behind the character he plays comes from cult leader David Koresh:

“I’ve based my character on David Koresh. Yeah, so I mean, I guess it’s working. I totally wanted a Camaro, you know? I want to ride in on a Camaro. I can’t believe you, I mean, you’re good Seth. Or maybe I’m not out of character yet… I don’t know if we want to be on record saying that. But, I will say, he is the basis of great character inspiration however.

Oscar Isaac stars in the series and is taking on the role of Marc Spector, a character who has multiple different alter egos including millionaire Steven Grant and cab driver Jake Lockley. These alter egos may or may not be separate, alternate personalities, and the same may be true of Khonshu, the Egyptian deity who is either guiding Spector through his costumed adventures or a figment of Spector’s imagination. Most recently, the character was a consultant who dresses in all-white and goes by the name Mr. Knight.

Moon Knight was created by Doug Moench and Don Perlin and appeared in the August 1975 issue Werewolf by Night #32. Jeremy Slater (The Umbrella Academy) and Beau DeMayo (The Originals and The Witcher) are writing the series. Mohamed Diab, Justin Benson, and Aaron Moorhead are directing.

You can check out a photo from the set featuring Ethan Hawke here.