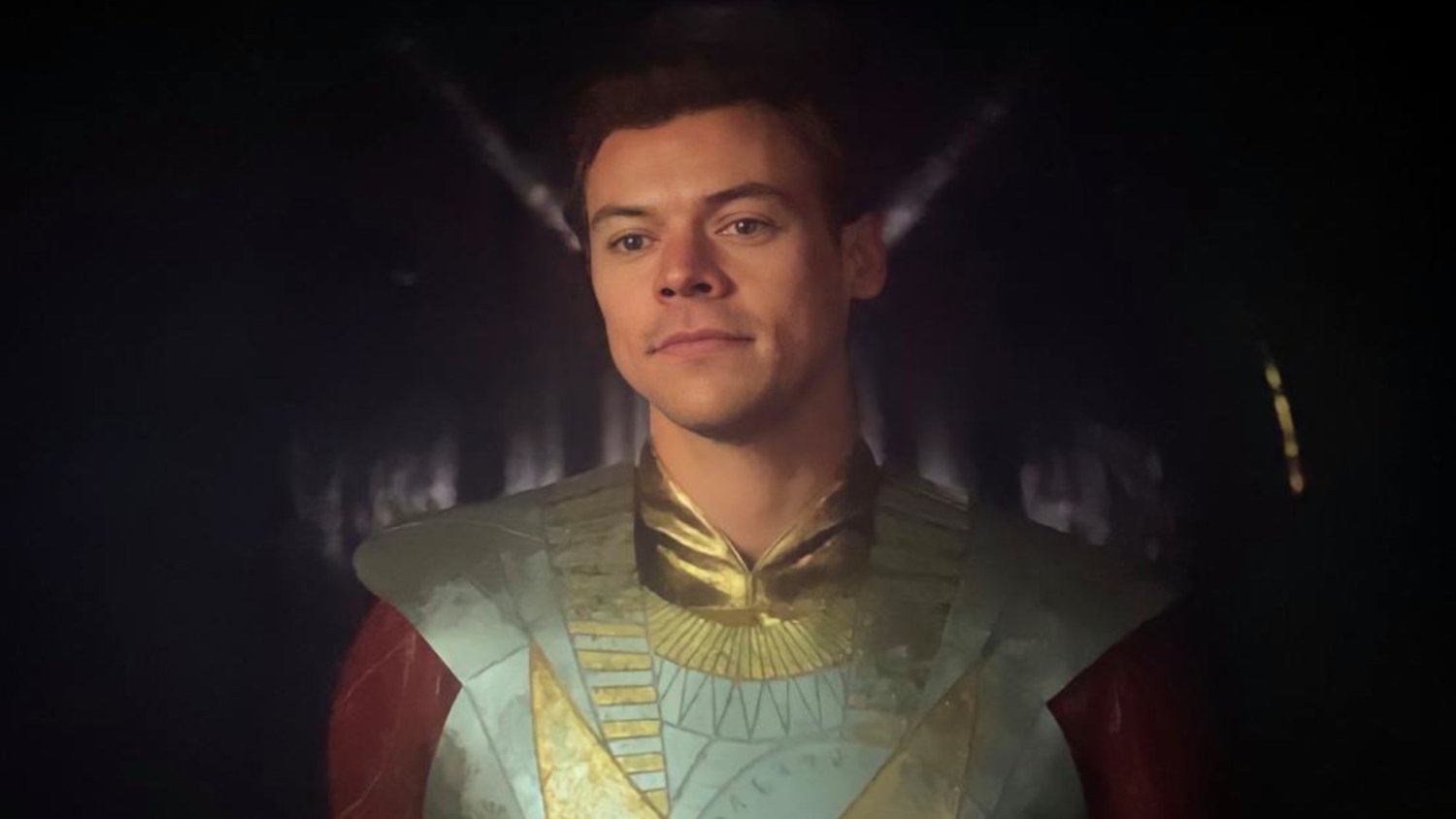 While Eternals wasn’t the best Marvel movie, it did offer fans some interesting things to think about. The MCU has a huge and epic history, and this film gave us just a little bit of the backstory on some of the Eternals and the part they play in the plans of the celestials.

One of the most interesting aspects of the film for me was the introduction of Eros, Thanos’s brother. That made me wonder what kind of relationship they had and the kind of influence that they had on each other. Well, director Chloe Zhao recently offered some insight on how they tie into the Celestials plans. In a recent interview with Empire, she shared:

“I can tell you why! Long story short, with that depressing ending, at some point he was going to be one of the Eternals on that ship, and that didn’t quite work out. But I had been wanting to bring Eros into the MCU. So I kept mentioning it to Kevin [Feige] at every chance I had in the hallway, because I love the idea of Eros being another Eternal, another Ajak. He’s an Eternal, and he was stationed on Titan – 10 of them were, just like the 10 Eternals on Earth, assuming Titan is also a host planet at some point. Now, if you think about that, what influence could Eros have had on the inhabitants of Titan, the way Ajak has influenced people on Earth? And how that has affected Thanos?”

She went on to add:

“If you go to the comics, there’s some quite beautiful, heartbreaking influence Eros has had on Thanos, and how much does Thanos know? I love him as a character. It makes my imagination go crazy thinking, ‘Why does Thanos think this way? Why is he worried about overpopulation and destroying his planet?’ Think about the emergence – does Eros know about it? Maybe if he’s an advisor, the way Ajak advised kings and queens on Earth? It gets my imagination going. For me, the backstory of Eros is that he deserted, he said, ‘I’m not doing this anymore’. So he somehow got that sphere, which you saw in his hand, and he ran off and made Pip the troll. They’re like Han Solo and Chewie. Arishem’s been looking for him, and he’s just been a space outlaw. That’s the character I had in my mind. But I never said once to Kevin, ‘Here’s the character. Let’s find an actor.’ For me, it was a package deal. It’s got to be Harry Styles. That’s how I pitched it to Kevin.”

There really is so much to explore with these characters. Zhao raises some interesting questions, and I would love it if one day Marvel does delve into the backstory of Thanos and Eros to explain some of these things. What do you all think?