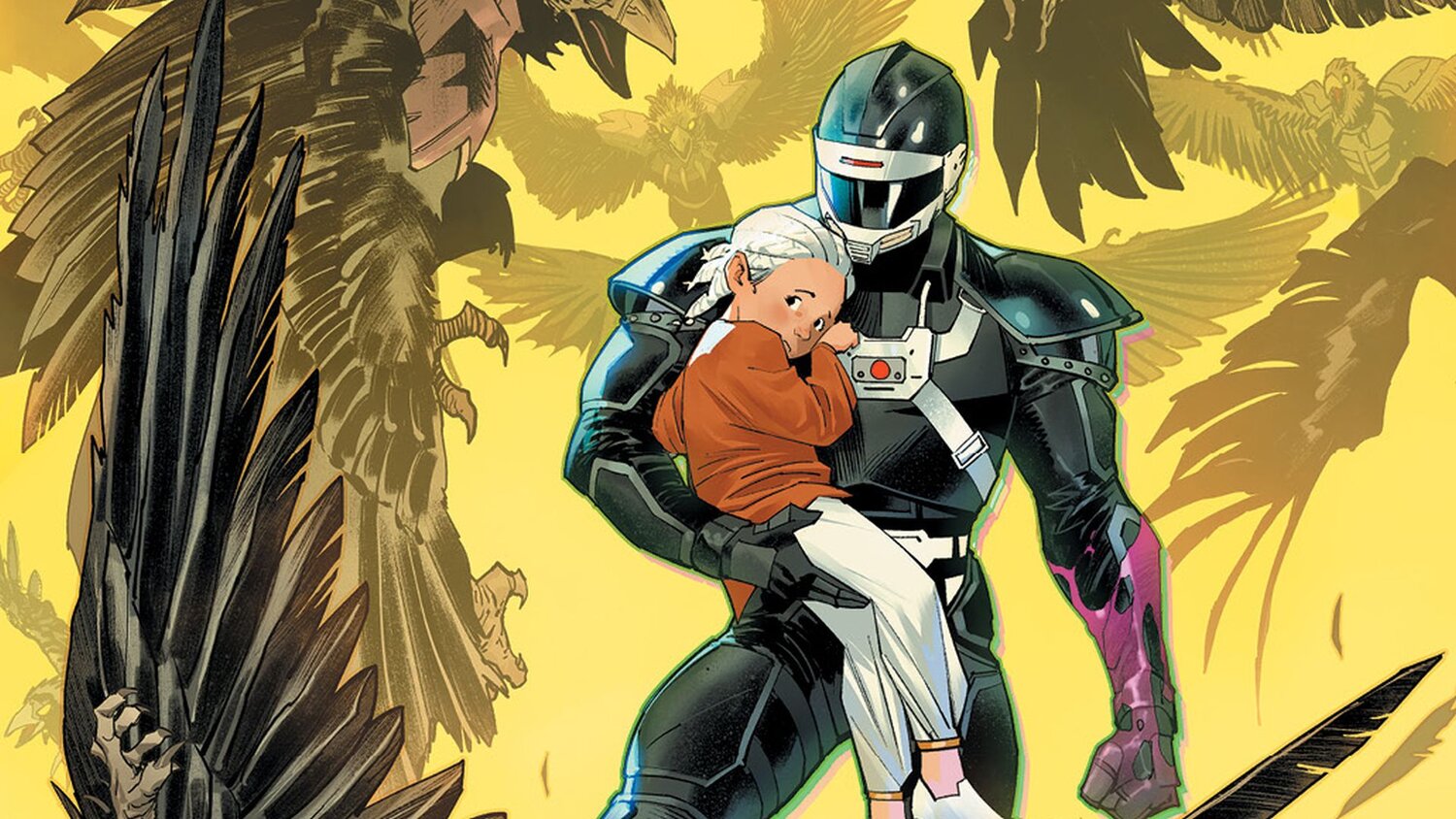 It even ties directly to the events of the mainline comics as the Phantom Ranger investigates the attacks of the Empyreals. We got a small preview of the comic and it’s so exciting! We see a Tenga Warrior that looks like a priest and possibly a look at a young Rita Repulsa being saved by the Phantom Ranger. I guess this whole thing rules out the theory that Billy became the Phantom Ranger, doesn’t it.

ENTER THE PHANTOM RANGER! Answering Zordon’s call, the Phantom Ranger investigates the aftermath of an Empyreal attack. Only to discover their connection to an ancient evil he encountered long ago… which may have finally returned to threaten the entire universe.

Fans can read Edge of Darkness #1 on June 30 with a main cover by Dan Mora and variants from Junggeun Yoon, Vincenzo Riccardi, and Derrick Chew. Physical copies of the comic will be available from local comic shops with digital copies available through comiXology (affiliate link), Google Play, iBooks, and Kindle.