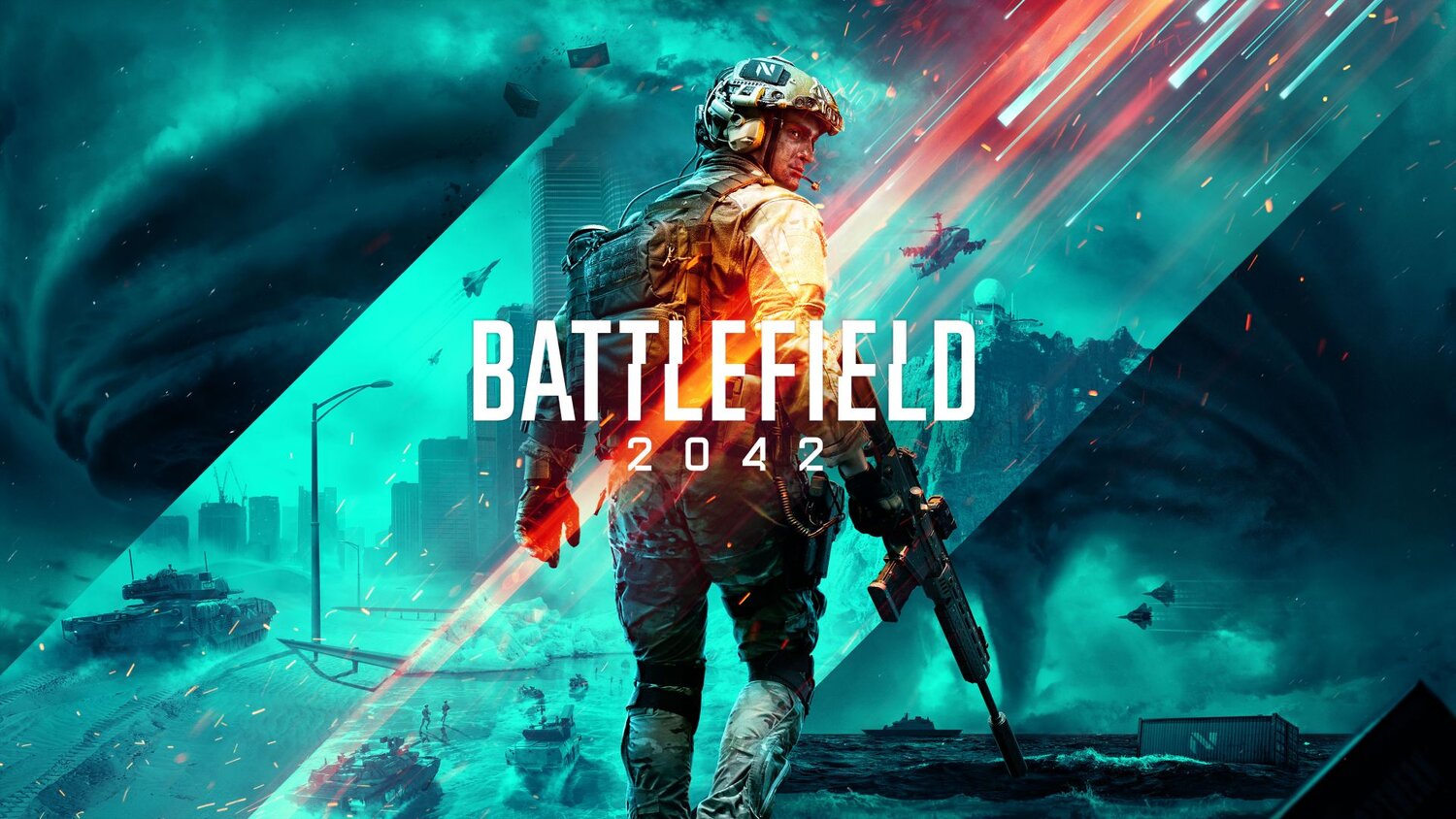 Fans of the Battlefield franchise got a treat this week when EA and DICE announced Battlefield 2042. This will be the next entry in the popular first-person shooter series and will let players jump in matches with up to 127 other players (Xbox One and PS4 matches will be capped at 64 players). Matches will offer not only a huge scale but also real-time events to reshape the battlefield like dynamic weather. This sounds pretty awesome. Here’s a bit of the story to help you get situated.

In Battlefield 2042, the world is on the brink. Shortages of food, energy, and clean water have led to dozens of failed nations, creating the greatest refugee crisis in human history. Among these Non-Patriated, or No-Pats, are families, farmers, engineers – and even soldiers. Amidst this crisis, the United States and Russia draw the world into an all-out war. No-Pat Specialists join both sides, not fighting for a flag, but for the future of the Non-Patriated in this new world.

Players will take on the role of Specialists with unique traits and specialties along with a fully customizable loadout. Then, you can compete in one of three game modes, one of which will be revealed on July 22 during the EA Play Live event.

Talking about the game, Oskar Gabrielson of DICE said:

Battlefield 2042 is an evolution of the franchise and embraces what our players want – the ultimate Battlefield multiplayer sandbox with intense combat and a ton of incredible, unexpected events. All of us across DICE in Stockholm, DICE LA, Criterion, and EA Gothenburg have had so much fun developing this game and now it’s time to let players jump in. What they’ll find is that we’ve built three distinct, absolutely epic experiences that we think they’ll love.

Now it’s time to address a few important notes. First, there is no campaign mode. Battlefield 2042 is strictly a multiplayer title. Second, there is no battle-royale mode. Third, some fans are upset at the pricing. You can pre-order the game now for PC, PS4, and Xbox One for $59.99. The same game costs $69.99 on the PS5 and Xbox Series X|S. This isn’t unexpected since game prices haven’t increased in decades and there’s been some speculation that the price would jump up to the $70 mark with the latest console generation, but some gamers aren’t having it. There are also different editions with more goodies for higher price points.

Battlefield 2042 will launch on October 22 with EA Play members getting a 10-hour trial starting October 15 and anyone who pre-orders will be eligible for early access to the Open Beta later this year.