Johnny Hurley is a hero who stopped a mass shooting in Denver, Colorado this week. But Johnny was gunned down by police, who are now refusing to apologize for killing the hero, MTO News has learned.

A few days ago, Johnny did the unthinkable – he confronted and shot a gunman who killed one officer and expressed hatred for police in a Denver suburb. But when another officer arrived on the scene and saw Johnny holding the suspect’s AR-15, he immediately shot and killed the hero, police revealed Friday.

The disclosure helped clarify what happened on Monday when three people — Hurley, Arvada Police Officer Gordon Beesley and the suspected gunman, Ronald Troyke — died in a string of shootings in ta suburb about 7 miles (10 kilometers) northwest of downtown Denver.

According to the timeline and video released by police, Ronald, 59, ambushed Officer Beesley after he pulled his truck into a parking spot near Beesley’s patrol car as Beesley was responding to a report of a suspicious person.

Ronald shot and killed the officer, and went to his truck grabbed an AR-15 rifle and prepared to kill more. That’s when Johnny confronted Ronald and shot him with a handgun. When another officer arrives, Johnny is holding Troyke’s AR-15 and the officer opened fire, police said. 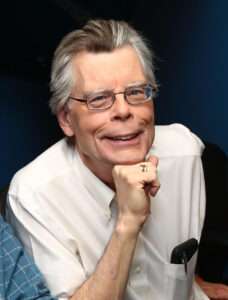