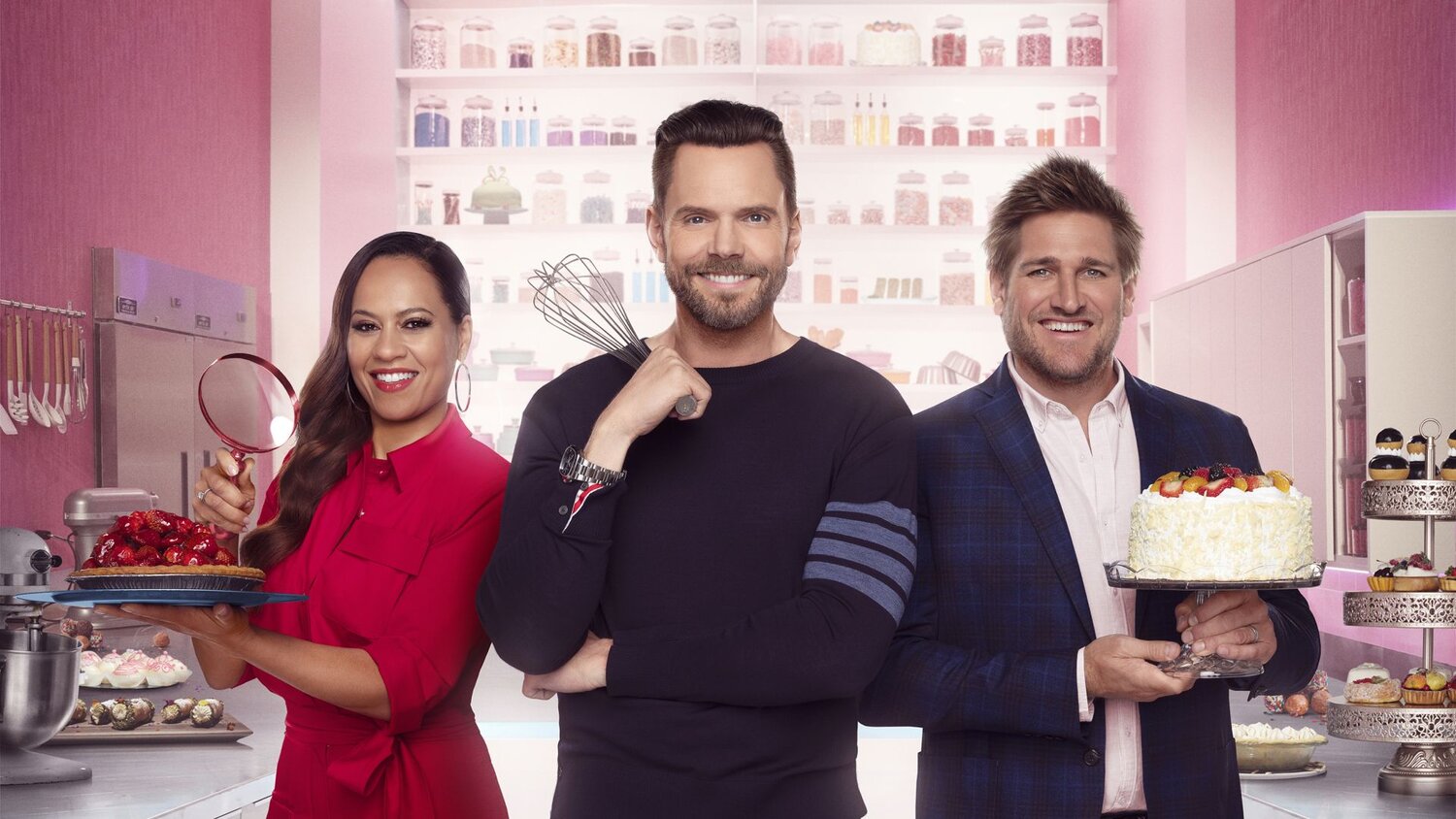 Crime Scene Kitchen is a new cooking competition show on Fox. The series is hosted by Joel McHale and features professional bakers being tasked with examining a kitchen to determine what dessert was made. The kitchen will have various clues like dirty dishes, crumbs, etc. Then, the bakers must recreate the dessert that they believe was once in that kitchen. Yolanda Gampp and Curtis Stone are the show’s judges. This is a really cool idea and I was stoked that Fox was kind enough to send me a screener before tonight’s premiere at 9/8c.

I love the premise for Crime Scene Kitchen and I couldn’t wait to see it in action. After watching the premiere, I’m convinced the premise is good but the execution is a disaster. The way the show works is that there are 6 pairs of bakers and they get to go investigate the kitchen for clues one pair at a time. Then, they’re given 2 hours to recreate whatever they think the dessert was. Then, the winner of this round gets an additional clue for round two which is identical to round one except that one team has a slight advantage. This show either needed to be a 20-minute show and have only one round or it needed to change things up. There is one way that I wouldn’t mind a 45-minute episode, but we’ll talk about that later. As it currently stands though, the show just gets old before you finish episode one.

In similar competition shows, there are often multiple rounds, but there’s something different. Maybe round one is there to show off your detective skills while round two is there for you to wow the judges with your own take on the dessert. Maybe the first round is just them trying to identify what the dessert was and then the second round is them recreating them. There are a few ways this could’ve gone, but they went with a very boring route that creates at least a sense of unfair judging.

I saw unfair judging because it’s possible that every team creates wildly different desserts. The judges then have to compare whatever is brought to them on even grounds somehow. How do you objectively compare a Boston cream pie to a pecan pie?

Another point that I don’t like is that they’re to replicate even how the dessert was decorated. There are some people that made absolutely amazingly decorated desserts but they lost out simply because someone was more accurate to the mystery dessert’s decorations. Now, there are typically clues as to how it should be decorated, but there were some that looked way better but lost because they didn’t do a replication.

Now, the judging isn’t the only problem I have with Crime Scene Kitchen. The show is hosted by McHale, a well-known comedian and actor. How does the competition show utilize his hosting prowess? They don’t. He’s there to tell bakers when to go look at the crime scene, when to go to their kitchens, and whose turn it is to be judged. He gets in maybe one joke per episode during these moments and they’re okay. However, they could literally have anyone host this show and it wouldn’t feel different. While other competition shows including Fox’s LEGO Masters (which Crime Scene Kitchen constantly seems to want to mirror) does a better job at utilizing the host. They let Will Arnett interact with the contestants and talk to them. They let him be a part of the show that you want to watch instead of just a body to have. I think each round we saw McHale talk to one pair and get a taste of their frosting or something like that. The really sad thing is that the judges are also completely absent. I know nothing about the judges and they don’t provide any helpful insight or anything. This is the one condition that I see the format keeping its current format and staying at 45 minutes. Instead of two rounds, do one round, but actually show interaction with the host and judges.

My final complaint about Crime Scene Kitchen is that it tries too hard to be a spectacle. It’s got fog machines everywhere and when it’s time to reveal the mystery dessert, it takes what feels like 5 minutes for the box and fog to go away. It felt overdramatic in a bad sense.

I really like the idea of Crime Scene Kitchen and will probably give it a couple of episodes to see if they change things, but the premiere felt bland and awkward. Give me more baking in this show. Give me moments with the host and judges so that I don’t feel like they can be replaced by cardboard cutouts.