Arrowverse fans need to prepare themselves to say goodbye to John Constantine, but they can rest assured that actor Matt Ryan isn’t going anywhere. Though NBC’s Constantine series only lasted for 13 episodes back in 2014, Ryan’s portrayal of the Hellblazer was so popular he was soon folded into the Arrowverse, first in a guest spot on Arrow and then for a full-time stint on Legends of Tomorrow, starting with season 3.

But that’s about to come to an end as it’s been confirmed that Constantine will exit the Waverider as season 6 concludes. The good news is that Ryan is sticking around as a regular, moving into the role of original character Dr. Gwyn Davies, described as “an eccentric scientist from the early 20th century, who might be the team’s only hope next season.” No other details about season 7 have yet to be revealed, though.

“While John Constantine’s arc on the show is coming to an end in season six, Matt Ryan’s journey with the Legends is not over,” executive producer Phil Klemmer said in a statement responding to the news. Meanwhile, Ryan himself had the following to say about the switch-up, teasing that his new character will cause “some trouble” in season 7.

“As everyone who loves him knows, in the end, John Constantine will walk his path alone,” Ryan said. “The time has come for John to part ways with the Legends, and for me to part ways with John. I’m really excited to be creating this new role on the show and having some fun with it — discovering how this new character fits in and causes some trouble for the Legends.”

It’s currently unclear if Constantine being written out is a creative decision or the result of the character being barred from the Arrowverse now that a different version of him is about to appear in HBO Max’s upcoming Justice League Dark TV series. The CW has long had problems with DC revoking their rights to use certain characters when they’re wanted elsewhere – see the Suicide Squad being hastily killed off in Arrow season 2. That said, Legends has been keeping things fresh by giving its cast new characters to play for years so that might be all there is to it.

Legends of Tomorrow season 6 is currently on a two-week hiatus but it returns to The CW on Sunday, August 8th. Season 7, meanwhile, is due to premiere this October. 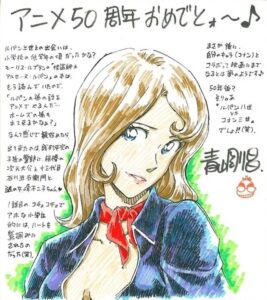