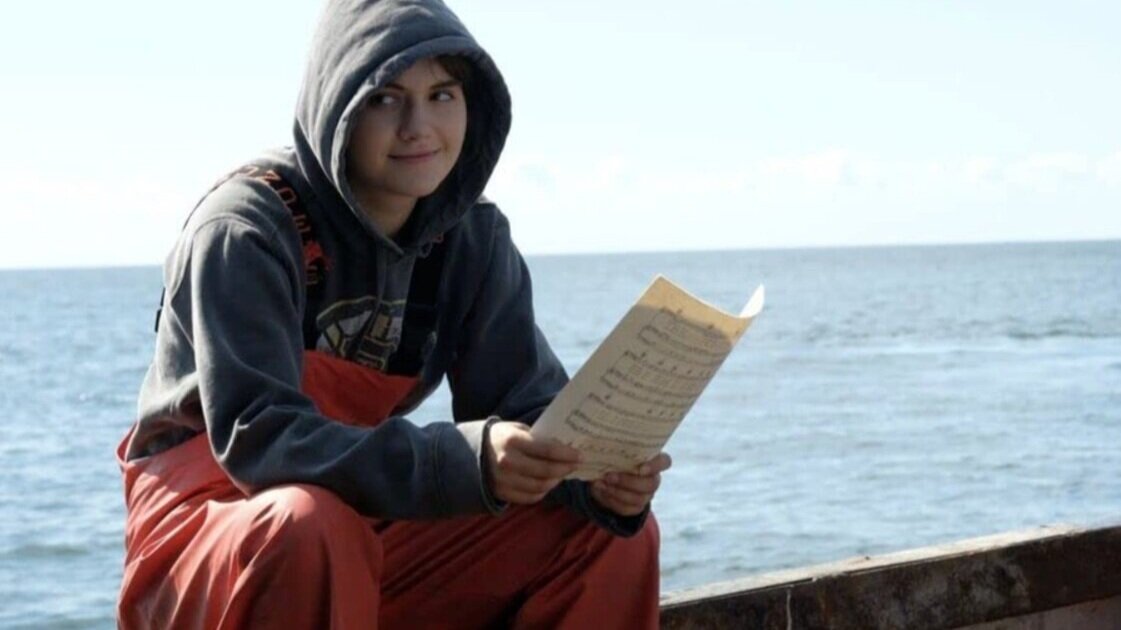 I got to watch the film CODA ahead of its release tomorrow, and I was so moved by this story. The film follows a girl in high school who splits her time between getting through classes and having friendships and normal growing pains, and working with her father and brother on their fishing boat. Not only is she an asset in work, but she is the interpreter for her mother, father, and brother, who are all deaf. This is a heavy burden that is placed on her as she is trying to further her interests and decide what her future looks like, and her normal distancing is met with much frustration as her family’s business is also going through major changes.

The film stars Emilia Jones as Ruby, with Marlee Matlin, Troy Kotsur, and Daniel Durant playing her family. Eugenio Derbez also stars as Ruby’s choir teacher, who is every teacher you’ve ever loved, both hard-nosed and funny, and with a kind push toward your potential. Jones delivers the greatest performance in this film, with such a relatable experience of trying to grow up and away from your parents and into yourself, while feeling tethered to the people who love and need you. Her brother, played by Durant, also strikes hard with his performance, portraying a man with a disability who is tired of being held back by it.

Matlin is radiant as always, and Kotsur is a revelation. There is a scene between Ruby and her father that is so beautiful, and the film took us right into the experience of being a deaf parent to a child with a passion that you can’t be a part of in the same way as the people around you.

This was an incredible movie, and it portrayed the true love of a family so beautifully. Writer and direct Sian Heder (Orange is the New Black, Tallulah, Little America) did a fantastic job, and I can’t wait to see more from her. CODA is set to release on Apple TV+ tomorrow, August 13th.