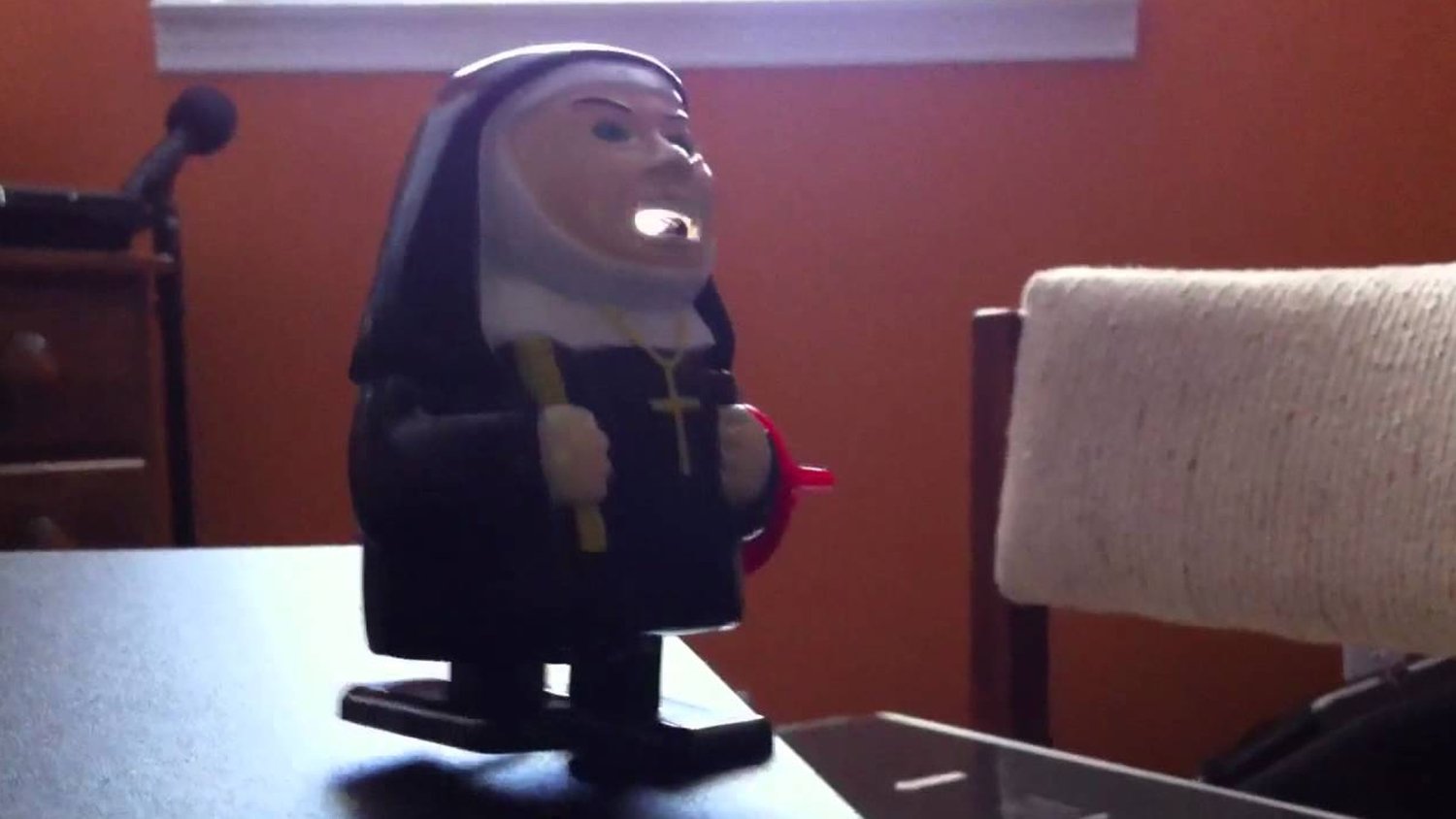 Back in the 90s a wind-up fire breathing nun toy called Nunzilla was created and released. The toy ended up being pulled from stores because some people found it offensive. I remember seeing these when I was growing up. I thought it was hilarious to see a nun walking around while shooting sparks out of its mouth!

I saw this pop up on boingboing and I had to share it because it’s kind of a blast from the past. Do any of you remember Nunzilla?!