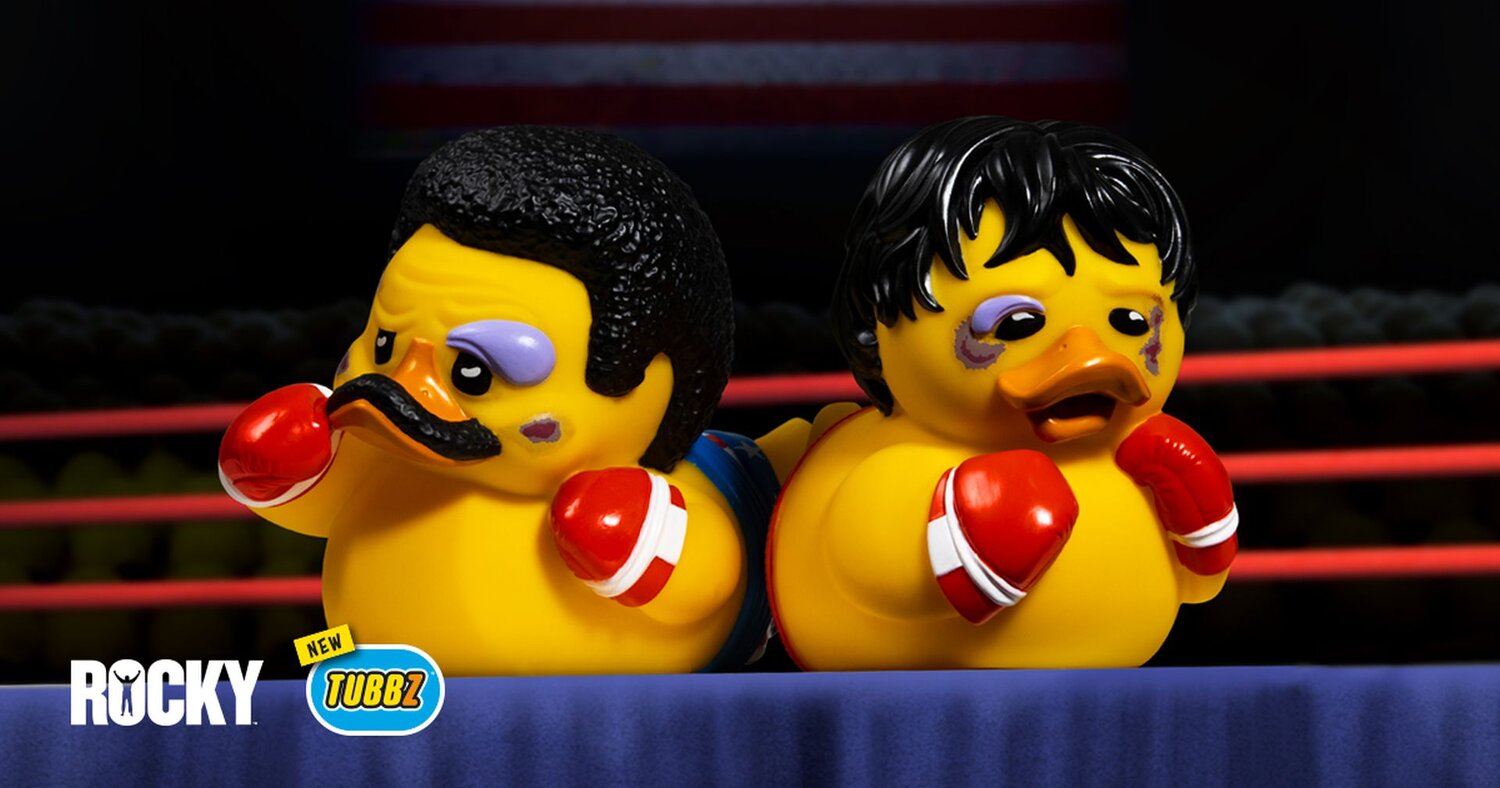 Numskull has announced new TUBBZ Rubber Duck collectibles based on a popular film franchise. This time, the cute little ducks are dressing up as Rocky Balboa and Apollo Creed from the Rocky franchise, paying tribute on the franchise’s 45th anniversary. I personally love the Apollo Creed duck. You can purchase Rocky (EU|UK|US) and Apollo (EU|UK|US) now from Just Geek and get ready to watch the these two ducks go head to head in the pond.