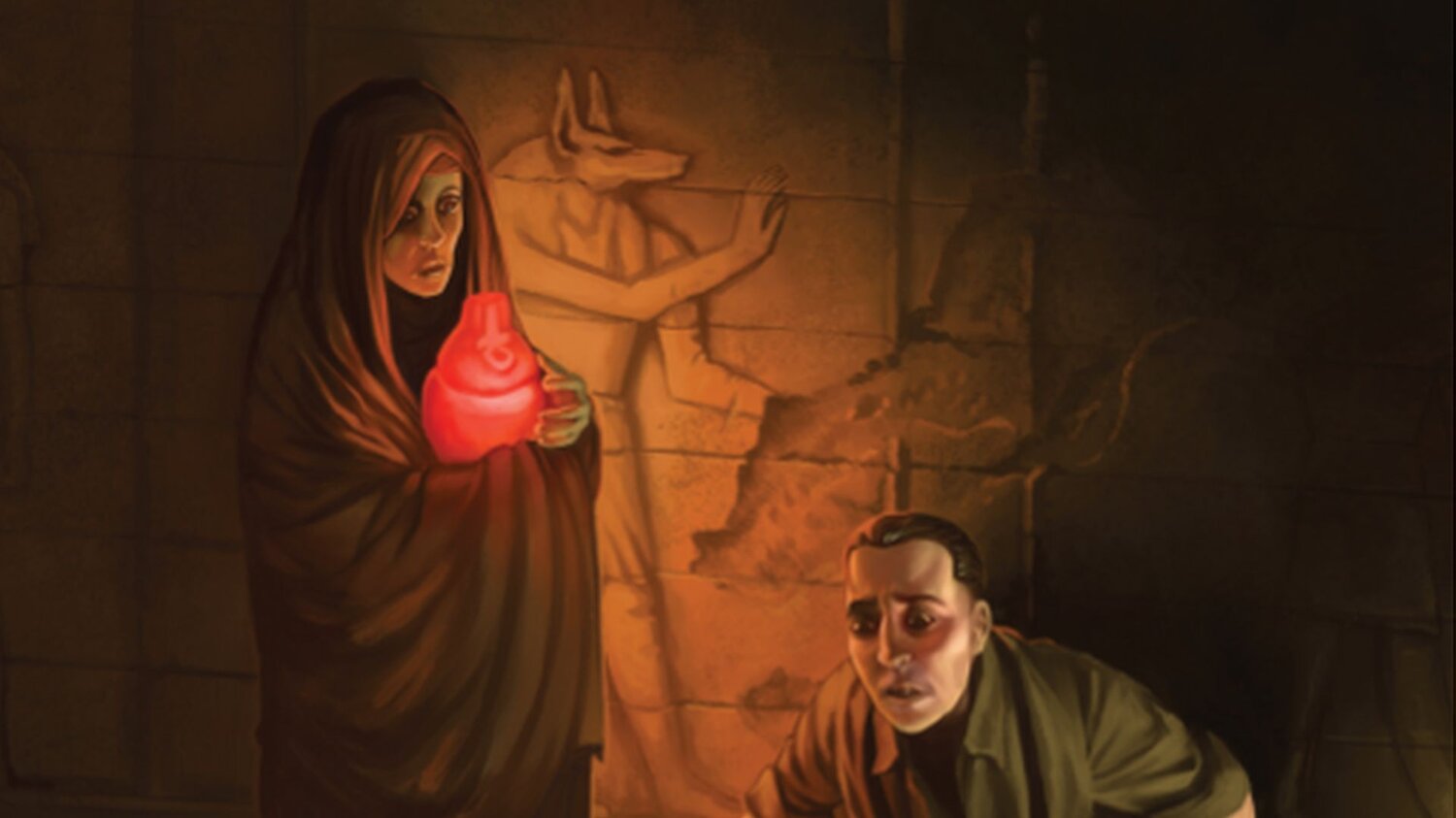 Roll20 is celebrating the 40th anniversary of Call of Cthulhu by offering the Necropolis scenario for free until the end of the month. Your free download will include:

Necropolis was originally meant to be a demonstration to help introduce players to the core motifs of mystery, investigation, and horror. Necropolis is great for those with limited time as it can be played in an hour but can also expand for those that do have more time.

I like this a lot because I rarely have more than two hours to play a TTRPG so longer one shots just don’t really fit into my schedule. Use one of four readymade investigators and delve into a newly discovered tomb in Egypt’s Valley of the Kings.

Do you give in to madness as superstitions and unfortunate events start to take their toll on your psyche? Or do you maintain your sanity as you descend into the darkness?