Christian Wilkins talks to Stellar about the importance of speaking about gender identity, letting go of fear – and why he’s not bothered if he never steps out of his father’s shadow

“You’re a spoilt brat and the only thing you will ever amount to is being on Celebrity Big Brother.”

That was the general sentiment of the first negative article Christian Wilkins read about himself. He was 18 at the time, but now, at 26 years old, he easily recalls it.

“It absolutely devastated me,” the model tells Stellar, before quipping, “But they were wrong – my first reality television appearance was on Dancing With The Stars!”

Jokes aside, Wilkins admits the story marked a turning point in his career. As the son of the Nine Network’s entertainment guru Richard Wilkins and his ex-partner Michelle Burke, it forced the then-aspiring model and actor to make a decision to follow his father’s footsteps into the spotlight.

“I spoke to my parents and they were like, ‘Unfortunately, this is kind of part of the industry. So, if this is something that you want, it’s also something that you probably are going to have to battle.’ But it made me realise that I do love performing. I do love modelling,” Wilkins says. “And my love for it is greater than my fear of what other people might say about me.”

It’s a decision that’s paid off. This year alone Wilkins has walked the catwalks in show-stopping gowns for Romance Was Born and Camilla at Australian Fashion Week, and his iconic long, blond locks saw him announced as the official ambassador for Pantene. He also starred in acclaimed Australian TV series Eden. All these roles showcase Wilkins’ flair and confidence in being unapologetically himself, which he says was fostered in him as he grew up.

“I am one of the very lucky few [in the LGBTQIA+ family] in that my parents always accepted me,” he says. “My dad would have yearly Mardi Gras parties and I remember being about seven and going to see The Rocky Horror Picture Show for the first time. But it’s not everyone’s story.”

Even in high school, which can be a tumultuous experience for anyone who doesn’t conform, Wilkins had the support of his friends. “I had a really great cohort. Admittedly, I didn’t have a lot of male friends. I was really close to all the girls,” he tells Stellar.

“But I remember, when I was at schoolies in Byron Bay and a group of the guys at school came up to me and said, ‘We are not pre-empting anything, but if anyone says anything [nasty] to you, we’ve got your back.’ Which was so lovely because, again, that support isn’t the norm. You forget when you live in an echo chamber that it’s not everyone’s experience.”

It’s why Wilkins, who goes by the pronouns he/him, sees it as his responsibility to create a space to keep talking about gender and sexuality. “It’s great that society is having these conversations about identity. And anyone who comes forward, or comes out, is not doing it because it’s a trend but because they now have a space to do so. People finally feel safe enough to be able to say who they are.”

It’s also why he’s teamed up with streaming service Binge and the new Gossip Girl to become an ambassador for a new line of gender-inclusive lipsticks. The reimagining of the cult TV melodrama features a diverse cast and storylines that tackle gender fluidity and identity, which Wilkins says is important. “When we can see stories up there that we can relate to, it does make it more normal. I think that is what leads to wider acceptance.”

And to those who think he will never be able to step out of his father’s shadow, Wilkins has accepted that, too: “You would be hard pressed to find someone who’s prouder of my dad than me.”

For your chance to get your hands on the limited-edition Karen Murrell lipstick shades, go to binge.com.au/gossipgirl to learn more. Gossip Girl is now streaming on Binge, with new weekly episodes each Thursday. 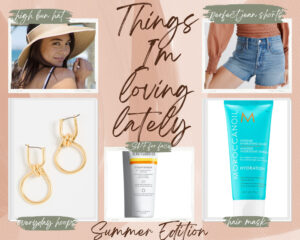 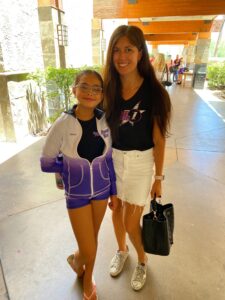 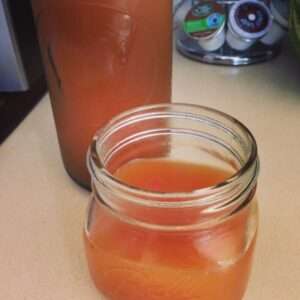 How to Make Kombucha at Home and Flavor It