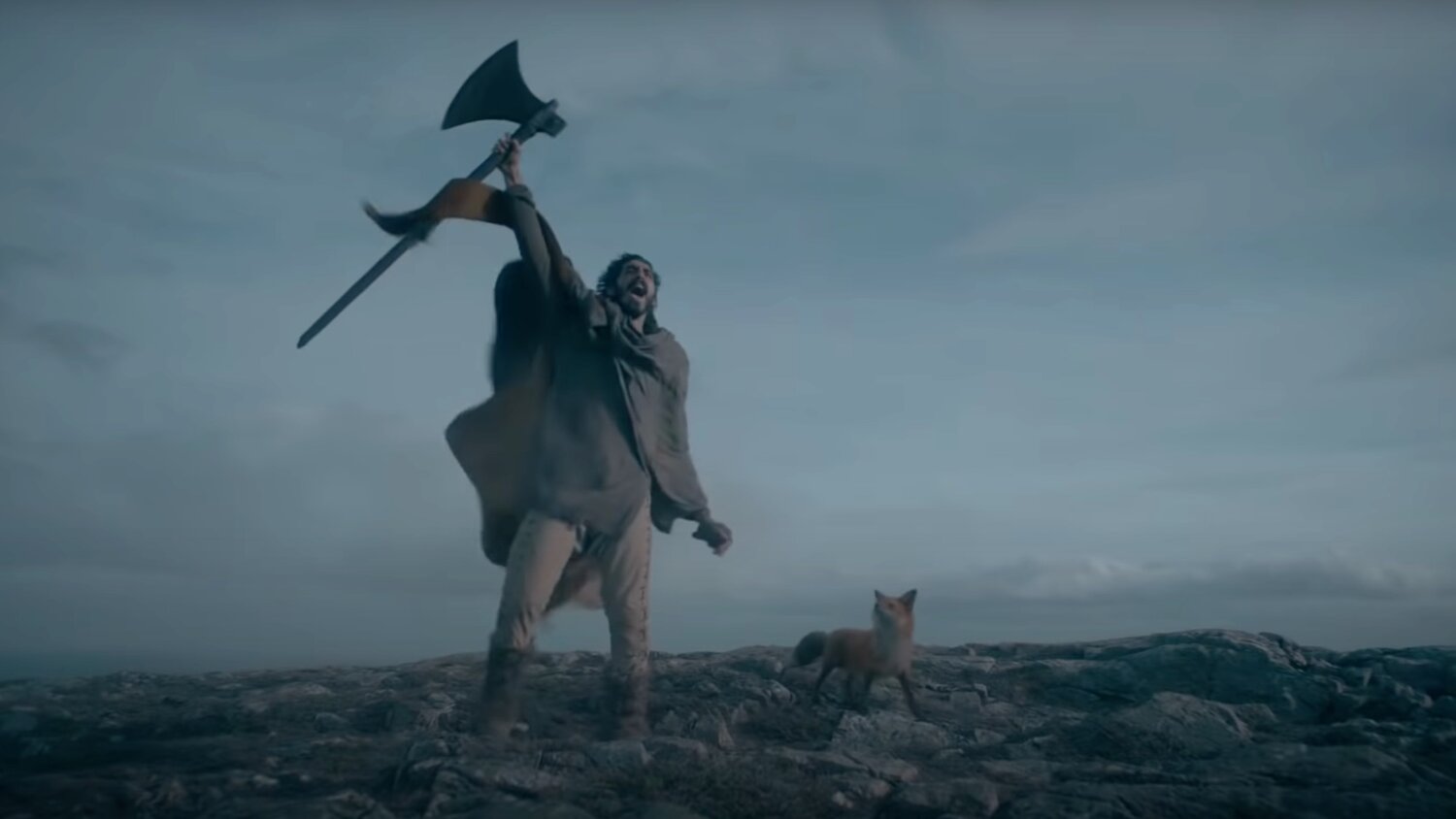 Director David Lowery’s medieval fantasy film The Green Knight is a movie that I’ve been pretty excited about watching and today we’ve got an exciting new trailer to share with you that offers a new look at what we can expect. There’s some incredibly cool new footage featured as well for this great-looking film. I liked the first trailer, but this new one is much better and dives more into the story that the movie is going to tell. The story leans into the fantasy realm more than I expected it would and I like it.

Dev Patel stars in the film as Sir Gawain, “King Arthur’s reckless and headstrong nephew, who embarks on a quest to confront the eponymous Green Knight, a gigantic green-skinned stranger.” Here’s the official synopsis:

An epic fantasy adventure based on the timeless Arthurian legend, THE GREEN KNIGHT tells the story of Sir Gawain (Dev Patel), King Arthur’s reckless and headstrong nephew, who embarks on a daring quest to confront the eponymous Green Knight, a gigantic emerald-skinned stranger and tester of men. Gawain contends with ghosts, giants, thieves, and schemers in what becomes a deeper journey to define his character and prove his worth in the eyes of his family and kingdom by facing the ultimate challenger.  From visionary filmmaker David Lowery comes a fresh and bold spin on a classic tale from the knights of the round table.

In addition to Patel, The Green Knight features Joel Edgerton, Barry Keoghan, Ralph Ineson, Alicia Vikander, and Sean Harris. A24 will release The Green Knight in theaters on July 30th. I’m a fan of Lowery’s film work, which also includes Ain’t Them Bodies Saints, Pete’s Dragon, A Ghost Story, and The Old Man & The Gun. I’m excited t watch this next film of his!