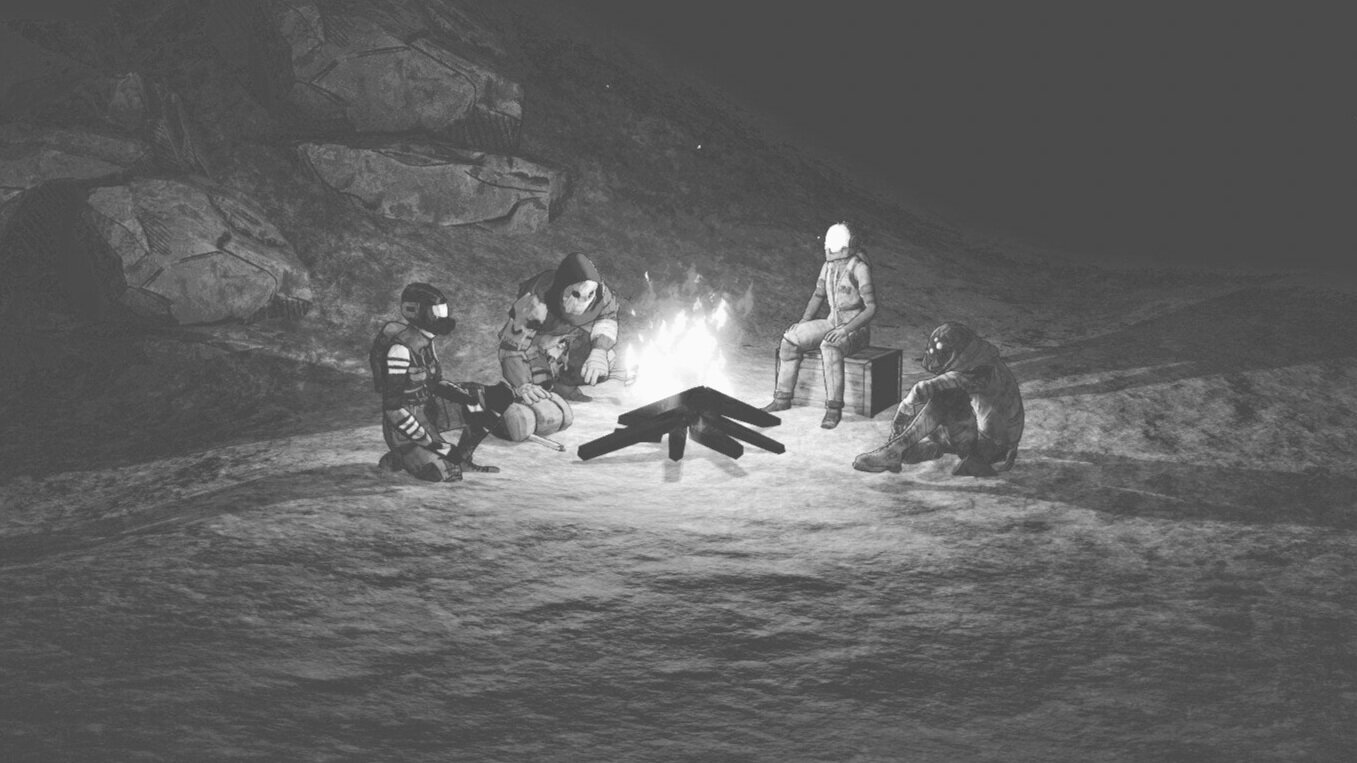 The actual story told (at least through my time playing) was mostly good. Some events and consequences seemed unfair or odd, but most of the time I was well engaged and fine with the outcome whether it was good or bad. With so many endings (34 to be exact) and ways to get to those endings, it is hard to speak on the actual story. But if you are interested in making your own story, this may itch that scratch.

As cool as it is to make decisions and see immediate results, there are still some issues with the game. I wish there was a bit more variety in the visuals. I understand the style is to be dreadful, hopeless, and lifeless. But a bit more color, variety in the world’s geometry and environments could have helped things stay a bit more fresh, especially if you played through it again to see other endings. The style works well for the game and doesn’t get as tired as I thought they would, but having something to shake up both visuals and the narrative effects would have been warmly welcomed.

If you want a simple experience with some tough choice-making, I think Ashwalkers would be a fine experience. The original ideas, challenging choices, and brutal nature make for a solid package. But the simplicity, visual staleness, and lifelessness of the style can get exhaustive. Overall, Ashwalkers may do a better job of making choices impactful than a lot of other games, making the gameplay so intertwined with the story and character’s reactions, but the style may be a big stopping point for players.