Ansel Elgort enjoyed another beach day in Hawaii with his girlfriend Violetta Komyshan as his new movie West Side Story continued to struggle at the box office.

The actor, 27, was spotted emerging from the waves shirtless before joining his bikini-clad girlfriend, 25, on the sand.

Perhaps the new reboot was on his mind as he rested on the sand with a look of contemplation crossing his face. 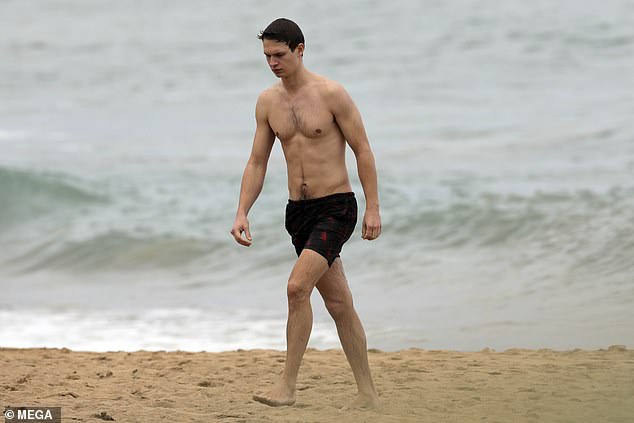 Life’s a beach! Ansel Elgort enjoyed another day of surf and sunshine with his girlfriend Violetta Komyshan in Hawaii on Sunday

The actor rested his hand on his chin as he sat beside his lady love, who was engrossed in her phone.

As Violetta laid out on the sand, Ansel kicked back, still looking deep in thought.

West Side Star, which stars Ansel and is directed by Steven Spielberg, debuted to a disappointing $10.5 million at the box office earlier this month despite critical acclaim and $100M budget. 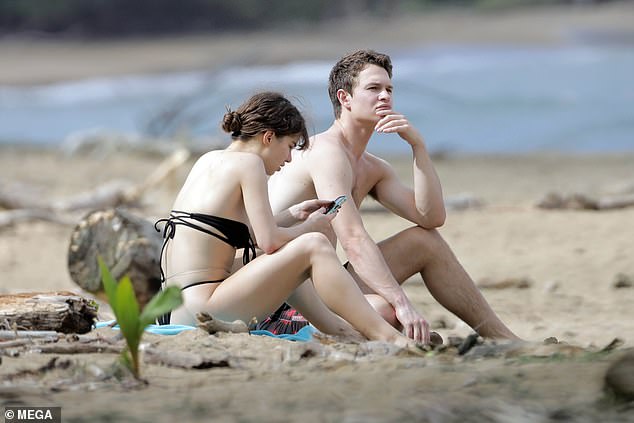 Penny for your thoughts? Perhaps the new reboot was on his mind as he rested on the sand with a look of contemplation crossing his face

While the lackluster number of ticket buyers is largely due to moviegoers’ slow return to the theater amid the COVID-19 pandemic and the omicron variant now spreading around the world, Spider-Man: No Way Home debuted this past weekend at the North American box office to an estimated $253 million despite fears of the variant.

This past weekend the film sold $3.4 million worth of tickets in the U.S. and Canadian market over the weekend

Another contributing factor may have been Elgort’s previous sexual assault allegations casting a shadow over the film.

Regardless of the allegations ballerina Violetta has stood by Elgort’s side as they have been dating on/off since 2012 when they were both students at LaGuardia High School in New York.

Elgort was accused of sexual assault a year and a half ago. 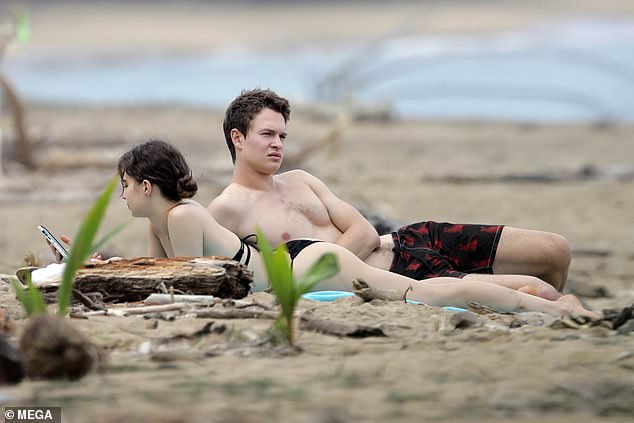 Flop: Ansel has been on vacation in Hawaii lately as his new movie West Side Story continues to tank at the box office

In June of 2020, the twitter user @Itsgabby shared her ‘story of Ansel Elgort,’ claiming she was ‘sexually assaulted a couple days after I turned 17.’

She wrote that she had DMed the rising Hollywood star when she was ‘just a kid and was a fan of him,’ though she didn’t expect a reply.

The user claimed that Elgort had had sex with her when she was a minor and hadn’t stopped after she was clearly in pain.

‘So when it happened instead of asking me if I wanted to stop having sex knowing it was my first time and I was sobbing in pain and I didn’t want to do it the only words that came out of his mouth were “we need to break you in,”‘ she wrote. ‘I WASN’T there in that moment mentally. I disassociated myself and just felt like my mind was gone I was in shock.’ 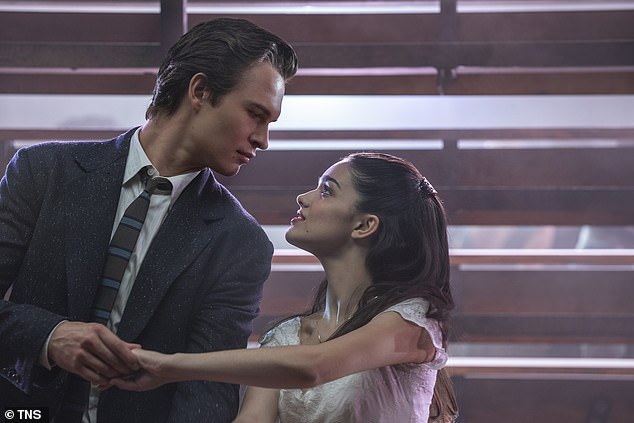 Revival: While the lackluster number of ticket buyers is largely due to moviegoers’ slow return to the theater amid the COVID-19 pandemic and the omicron variant now spreading around the world, Spider-Man: No Way Home debuted this past weekend at the North American box office to an estimated $253 million despite fears of the variant

She also posted DMs that appeared to from the actor that were dated to 2014, as well as a photo that was purportedly of her with Elgort, though her face was partially blocked out by her hand.

The user added that she was too small to have fought Elgort off.

‘He made me think this is how sex was supposed to be. I WAS SO YOUNG AND HE KNEW THAT,’ she continued. ‘He as well said stuff like “you’re going to be such a beautiful young lady when you’re older.” I was f***ing 17.’

The user, who claimed to suffer from PTSD following the alleged assault, said that Elgort told her not to speak of their relationship because it could ‘ruin his career.’

‘I cannot claim to understand Gabby’s feelings but her description of events is simply not what happened,’ he wrote, before alleging that ‘Gabby and I had a brief, legal and entirely consensual relationship.’

However, he apologized for the manner in which he broke up with Gabby.

‘As I look back at my attitude, I am disgusted and deeply ashamed of the way I acted,’ he wrote. 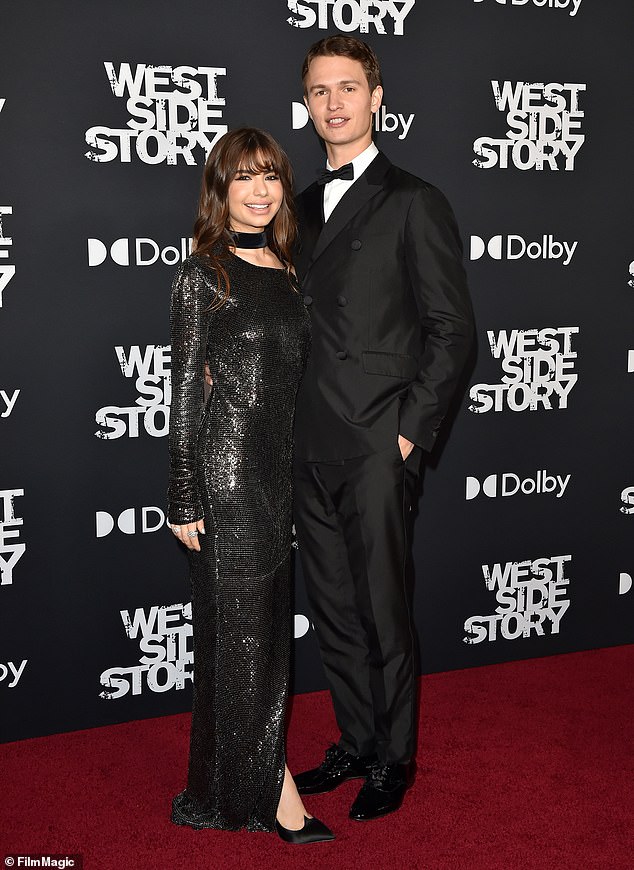 Strike a pose: The couple attended the premiere of West Side Story in Los Angeles earlier this month