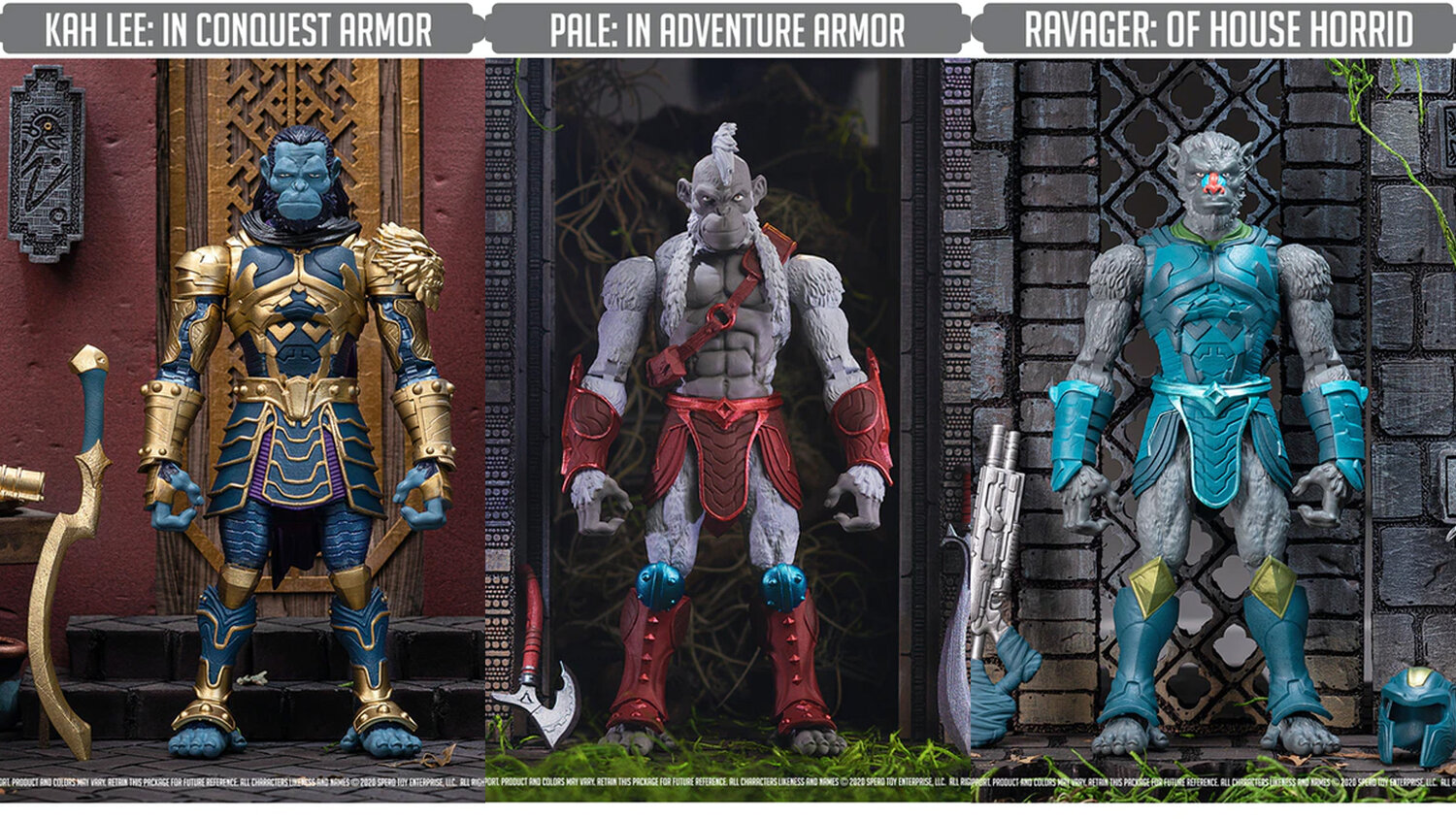 Animal Warriors of the Kingdom is a line of action figures from Spero Studios with anthropomorphized animals in an action fantasy setting. Over on Kickstarter, Spero is raising funds for the latest Primal series of figures that measure 6.5” tall (1/12 scale) that look awesome. The figures feature 26 points of articulation and come with accessories like weapons. The figures appear to have good detail and the heads, hands, and some pieces of armor can even be swapped, allowing you to create your own unique characters.

Animal Warriors of the Kingdom is an immersive action figure fantasy line created by Spero Studios featuring the many adventures of Pale, the white-fur ape, and his allies as they fight to end the reign of the Tyrant Kahlee and restore peace and prosperity to his home. The story features Animal Warriors of all shapes and sizes throughout the Kingdom and fans can look forward to seeing many more Animal Warriors featured in future waves!

All of the figures in Wave 1 are designed by Jason Bienvenu and Utama Prastha and sculpted by Arlen Pelletier and Fabiano Carlos. If you’re a fan of action figures, these look like a great addition. On the Kickstarter page, you can learn more about each character and support it if it sounds like your thing.