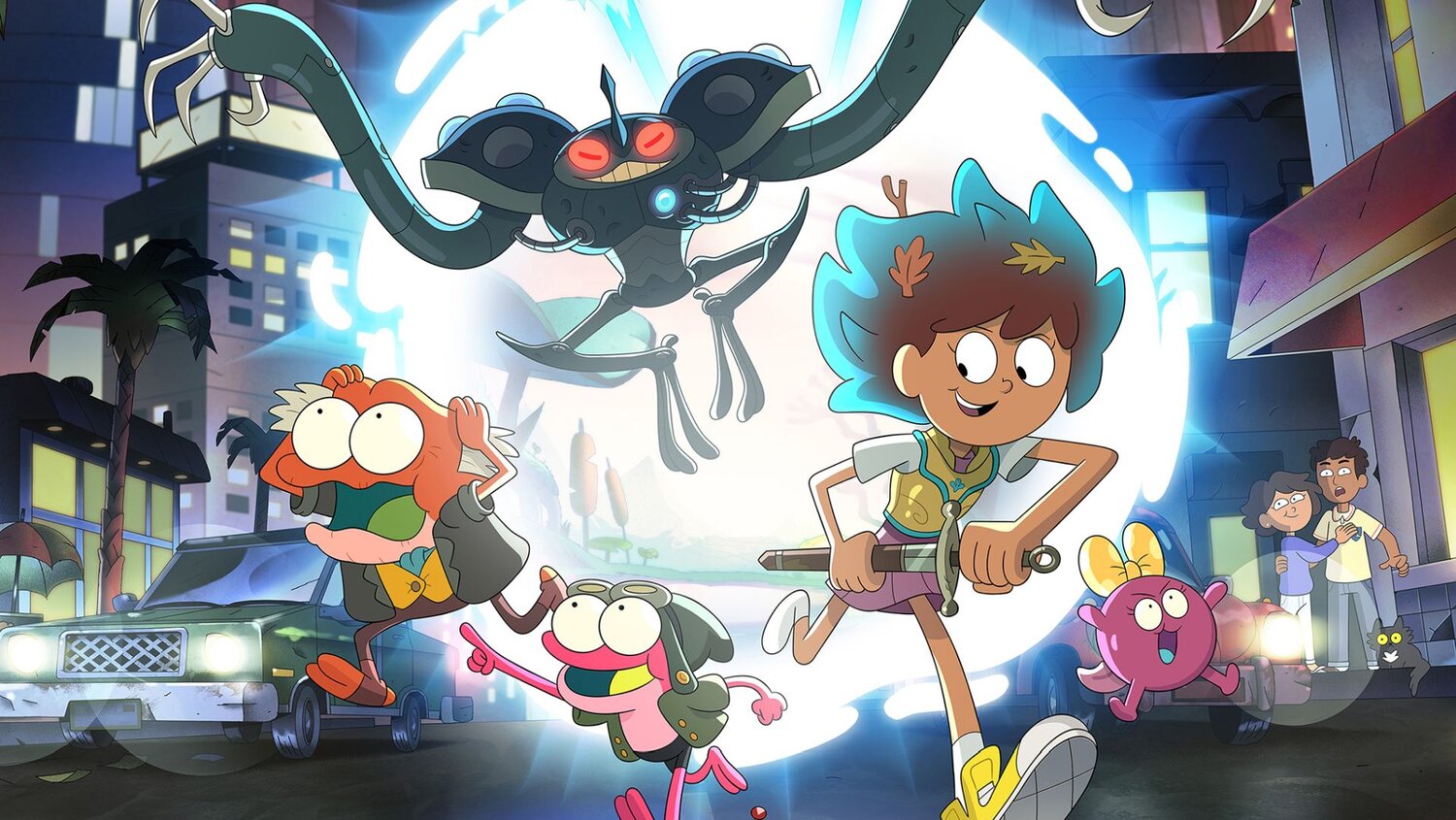 Amphibia is an incredible animated television series on Disney Channel. If you haven’t watched it, you can watch both current seasons available on Disney+. During a Comic-Con@Home panel fans got to see a brief clip from the third season that is very touching with the same charm and humor that fans can expect. In addition, it was announced that the third season would premiere on October 2 at 9:30 AM EDT on Disney Channel and DisneyNOW with an extended-length episode! The season will also feature a 22-minute Christmas special featuring a song by Rebecca Sugar (Steven Universe) and the series is created and executive produced by Matt Braly (Gravity Falls). Guest stars for the season include Whoopi Goldberg (The View), RuPaul Charles (RuPaul’s Drag Race), Kate Micucci (DuckTales), Brad Garrett (Everybody Loves Raymond), Anika Noni Rose (The Princess and the Frog), Archie Yates (Jojo Rabbit), Wallace Shawn (Young Sheldon), Wayne Knight (Seinfeld), Jason Ritter (Gravity Falls), Dana Davis (Craig of the Creek) and Melissa Villaseñor (Saturday Night Live). This is going to be awesome!

Season three of the Emmy Award-nominated series finds Anne and the Plantars transported from Amphibia to her hometown of Los Angeles, where the Frog Family must learn to navigate the complexities of this modern-day world, conceal their identities as talking frog people and search for a way home.

During the fall, Amphibia will have its third Disney Theme Song Takeover (fun videos where characters providing unique takes on their show’s theme song) and this one will feature Marcy (Haly Tju) sharing her adventures in Newtopia with Hop Pop and Polly. Also, episodes from season three will be available this fall on Disney+! You can find apparel and gear for the series on Amazon as well. Amphibia stars Brenda Song (Dollface), Justin Felbinger (Miles From Tomorrowland), Amanda Leighton (This Is Us), and Bill Farmer (the voice of Goofy).